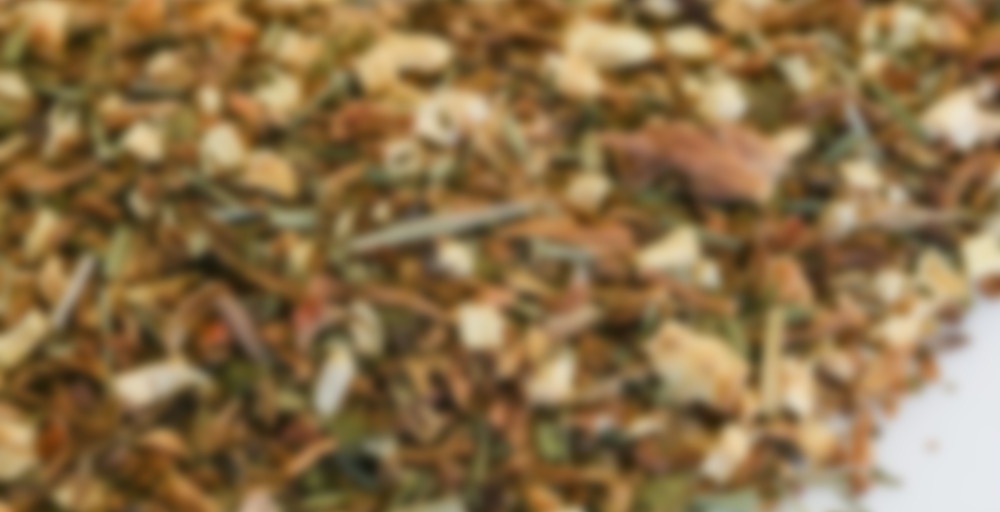 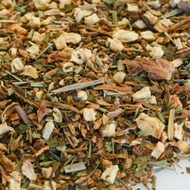 White hibiscus, lemongrass and grapefruit bring this fruity brew to life. Inspired by an Australian summer, this sunny tisane with its tantalising aroma will brighten any mood or morning. Perfect served hot, or chilled with ice, fresh oranges and lemon slices.

So I have a boyfriend now for the first time in a long time and it’s nice and I’m happy. He drinks my shimmer punch and I drink this.

I cold steeped this and it tastes like… grapefruit. I’ve always had a hard time with grapefruit. I think it’s the bitterness. I haven’t had a grapefruit in over 20 years and I could totally pick out what it was, which gives credit to T2 for such spot on flavor. I’m not enjoying it, but I keep reaching for the cup for another confirming sip! LOL! Still glad for that chance to have tried something new!

Oh sorry, I didn’t know! I remember not liking grapefruit growing up, but that was so long ago, so I bought some recently to make sorbet, and nope, super bitter! I do enjoy grapefruit flavored things though since they usually just take the best parts of the flavor.

@Lexie – I think Dustin will agree that most of their teas are disappointing… But I do like their French Earl Grey!

It’s not a flavor I run across in tea often, so I didn’t even think to put in any preferences/dislikes category! I remember having the fruit as a kid covered in enough sugar to neutralize the bitter and that was okay. I offered this cup to my husband and he told me he strongly dislikes grapefruit too, so I learned something new! :D
I haven’t been super impressed with T2 so far, aside from them getting their grapefruit flavor so realistic, but I guess they could wow me in the next 15 days left in my advent.

I also don’t like straight up grapefruit fruit or juice, but have found myself warming up to grapefruit flavorings in tea. Not to the point where I would want an entire pouch of one, but where I’m usually okay trying out a sampler of it. I think I might be adapting (at least to the flavoring of it) because sometimes bergamot reads as a “grapefruit” note to me.

Like AjRimmer, I’m not one to eat a grapefruit or drink grapefruit juice, but I do really enjoy the flavor in things! Especially in green teas.

I might be in the minority here, but I love grapefruit! I’ve never come across a grapefruit tea though, at least before seeing this note. Sounds interesting!

It’s funny how certain flavors get a super strong positive or negative reaction! Like cilantro.
I think Lupicia had a grapefruit tea at one point. I had a single tea bag sample at one point years ago. I recall that one being a lighter version of this one, but it was a long time ago.

I didn’t check the ingredients, so I didn’t know what to expect for this one. It’s tart and tastes almost like lemonade or sour lemon candy. It tasted pretty artificial and strange when it was warm, but cold, it’s all right, though there’s something a little murky/dirty tasting in there. I’ve been using it up by making big pitchers for the fridge, which seems to be the fate of all my T2 fruit blends. It’s okay, but I also look forward to finishing it and never ordering from T2 again no matter how enticing their flavors sound. I’m just disappointed 95% of the time.

Aaand I wanted their Advent Calendar. Glad I didn’t!

I agree, I love their French Earl Grey, but everything else I’ve tried from them has been disappointing.

Completely agree. I love their tea ware, but nearly all of their teas have been extremely disappointing.

I got their advent. Eyeing it suspiciously now.

Hopefully it won’t be that bad!

They sent me the wrong one too. :/ I ordered loose leaf, was sent bagged and teas are different in each.

This is very grapefruity, and absolutely excellent with honey, hot or cold. (As is grapefruit juice – it pairs very well with honey). Superb summer tea.

No work for me today, yippee! It’s my birthday tomorrow, so I fancied turning this weekend into a slightly longer one and booked today off. I’m heading to the T2 shop tomorrow, so figured it was about time I went through my stash of samples to see if there are any I want to purchase more of. I have both the Famous Fruits and Hero Herbals sample boxes, and this is from the Fruits.

First off, I get a strong taste of grapefruit. It’s citrusy and rather tart, but super refreshing. I made this hot and it’s nice, I enjoyed it, but I do think I would much prefer this iced. It’s possibly a bit too tart to warrant a permanent place in my tea cupboard, so I won’t be purchashing more of this.

A Berry Frui-tea July! Decided to do another of my T2 fruit samplers, and I was extra careful with this one, only steeping it in a mere 300ml of water, when the sampler stated it was designed for 450ml, since I really wanted to ice this and didn’t want it to turn out weak-sauce like what happened to my Fruitalicious sampler.

I actually tried doing the “ice shaker” method for this sampler and that was my first time trying that, and I was surprised how well it worked! My hot tea was ice cold in seconds and, amazingly, it didn’t taste watered down! Success! So, the flavor. This tea has a strong grapefruit flavor, and I’ll admit that grapefruits and grapefruit juice isn’t one of my favorite things… that said, it has enough sweetness that it doesn’t have the sourness that I dislike in grapefruits. It is still a bit tart, but it is more of a citrus sort of tartness. It’s a very tangy grapefruit/lemon flavor, and a pretty nice iced tea. It is at least more unique than most of the T2 fruit teas I’ve tried so far. That said, still not a favorite, only because grapefruit isn’t a personal favorite flavor for me. I’m sure those that love grapefruit would really dig this.

Excellent, both iced and hot.

I had this a very long time ago but I got it as part of the T2 fruit sampler and I really enjoyed it. It was very tart and the citrusy notes were perfect.

This tea is divine. Absolutely gorgeous when iced. Grapefruit flavour punches through, but isn’t too strong.