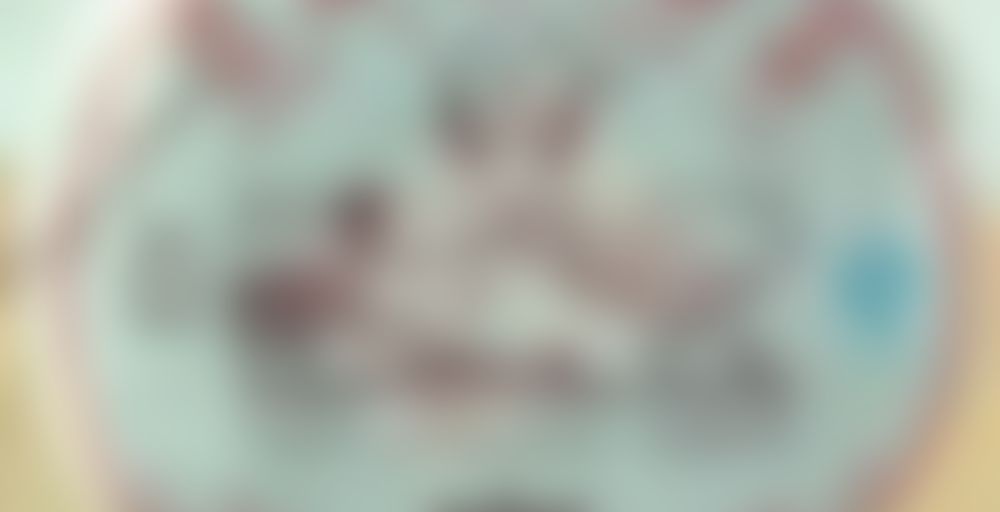 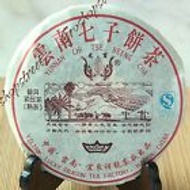 One mighty fine earthy pu’er here.
This tea brews dark and strong. The aroma is not distinctive from other pu’er teas though. Really enjoyable taste for a strong shou but it is a bit dry. The steeping on this is much easier because it doesn’t take much to break up the leaf for a nice clean steep. Most appealing to this tea is the color and the pure earthy taste that comes with every sip. If it wasn’t for the dry mouth feel after a sip this would be fantastic. It isn’t impossible for a strong shou to be earthy and leave a semi honey like flavor in the mouth after which would be more appealing, this one just leaves a dry earth instead of wet earth after taste.

It had been quite a while since I last drank this tea. Rich expressed an interest in it but I could not give an opinion because it had been too long since I drank it. This tea is good. It has a lot of flavor. I thought it might have lost flavor in nearly two years of Long Island storage but it doesn’t seem to have lost flavor. There was a moderate amount of fermentation to this tea. More than I remembered actually. However, this went away by the fourth steep. This tea started as a fairly bittersweet tea. It had a fair amount of natural sweetness to it (not meaning sugar sweet) and a fair amount of bitterness. The bitterness went away and I was left with a tasty, somewhat sweet ripe puerh. I steeped this tea eight times and I think it would have gone twelve steeps had I not had enough caffeine already.

Man… Another winner from AllanK.

One rinse only, and this had just a subtle earthiness, definitely not much. It was smooth and lovely. The tea brewed up to a topaz shade. Very lovely.

I had a long and unpleasant Sunday, into today, in a war with an Ikea bed frame. I’d like to say that I won, but it was more of a tie. I’m not feeling super poetic, but this was damn good. I’m just gonna leave it at that!

So glad you got good tea through all this IKEA ordeal!!

And yo, Allan knows how to shou!! Sounds great :-)

Is it just me, or does it seem like every time someone has to assemble Ikea furniture they’re in a war?

Unfortunately, the IKEA war of 2014 isn’t over. It’s on hold til my stepdad can come over on Saturday. But the frame is together and sturdy enough to sleep on, so I’m at least happy about that!!!!

You won the battle but not the war!

At least you drank some good Shou after the battle. I’m glad you liked the Lucky Dragon. I’ve had good luck from that seller, not as good as the Song of Chi Tse, but then again they don’t sell many Dayis at Streetshop88. Are you going to buy the Lucky Dragon? It’s a 200g cake.

The 2010 Golden Needle White Lotus is even better, only not as aged with a little more fermentation flavor.

I may wait, A. Not because I don’t like it, but because I need to slow down.

Hey that Streetshop88 is the guy from whom I bought my Overlord Drunk puerh cake, lol. Scratch from the street for us addicts on a jones.

I may be waiting several days to try the next one of yours. I want to give these teas multiple steepings and I have to be up at 5am for the next several days. Looks like three nights of rooibos for me. It tried the Port today, it was good.

I am glad Allan came over to us from TeaChat.