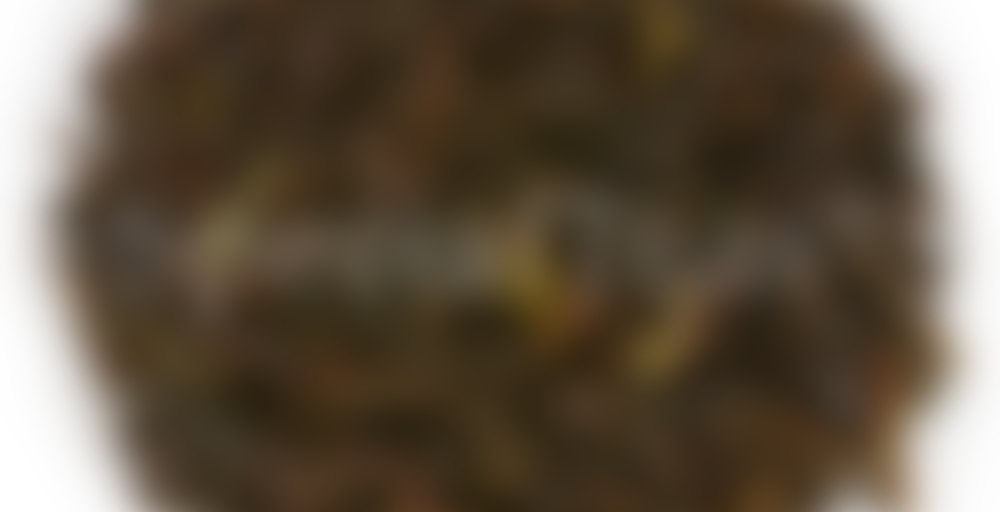 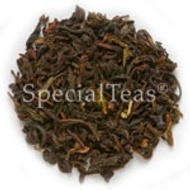 This flavorful organic tea from the Thiashola estate has bright amber leaf and cup color and a lively, refreshing flavor with notes of citrus and honey. Stronger and fuller bodied than our #332. Good with milk and sugar.

Nilgiri, meaning ‘blue mountain’, refers to a mountain tea district in the south of India, high above the plains, where top quality teas are cultivated. The taste and freshness are reminiscent of the best Ceylons, but typically are sweeter in the cup.

In memoriam of this purveyor of many single-estate teas that were not particularly mind-blowing in quality but tasty to drink and spectacularly cheap, I feel obligated to make at least one post for a bulk selection I probably won’t be able to buy in small sampler test-portions prior to a poundage commitment for some time.

This is probably the best base-tea I’ve ever utilized for the purpose of blending. It has enough unique character to stand out on its own, the leaf size is such that it can marry with anything ranging from FOP to CTC grades without sifting out of proportion, its characteristics are reliable and steadfast across a wide arc of brewing methodologies, it can handle scenting as well as milk and sugar, it is slow to stale despite the large surface area per leaf bit, and it possesses a modicum of body and astringency yet caries itself with finesse when treated properly with a mind to the potential for delicate floral and fruit aromas. On top of all this, it can stand up to the spices and milk used in preparing Masala Chai milk tea as well as make a brilliantly clear, crisp, and refreshing iced tea. Were it not for the somewhat shorthanded range of flavors it has to contribute to the cup, lack of durability in brewing multiple infusions, and slightly off-balanced bitterness that arises after a 4+ minute steeping when prepared straight up, I would count this as a really good tea.
But I’m difficult to please.
This is good enough to serve guests I respect, but only if prepared attentively and I make sure I can quality-taste the brew before subjecting someone else to it. More than anything, I treat it as blending fodder (as I consider most red teas of any distinction that fall shy of $0.25 per gram), and in that capacity it is difficult to beat. TeaSpring’s Bai Lin Ju Hong is the only tea that really springs to mind as easier filler material in a blend than this one, and that really can’t take as much of a beating as a Nilgiri can in terms of cup-additions.

So, what of this shorthanded list of characteristics? It has enough to please, but it is reliable. This is a deadly fault in my eyes. I want teas that shift and change in the mouth, in the cup as it cools, and under every slight tweaking of brewing parameters that can possibly occur so no two cups are the same. If I liked my women as I liked my tea, I’d be screwed; I prefer expensive, difficult to find, demanding, finicky, potentially fiercely acerbic and astringent if livened beyond a level of insipid and boring nature, sought after to the point of potential rarity, classy and refined yet brazen and heavy handed, and simultaneously full bodied yet petite teas that require a commitment of many years of work, diligence, plying, and devotion before having any potential for a change from harsh and needy to possibly agreeable if there’s tremendous amounts of luck, let alone pleasing. Of course, I’ve only had perhaps one truly good cup of tea in my life, if even that… But there’s room for pickiness in such a vast arena as tea and just as much room for finding something good about more simplistic endeavors.

The “simplistic” here is because each style of preparation of this tea pretty much leaves you with little more than a tactile impression, a base flavor, a twist of high notes, a standard aroma, and an aftertaste. As I write this I have four infusions before me, all brewed with 2g in 100ml 95 degree C water in glazed ceramic gaiwans. Time intervals are 90 seconds, 2 minutes, 4 minutes, and 5 minutes. There’s a bit more bitterness to the 5 minute and the 90 second infusion is lacking a bit of body and the “volume” is turned down on all flavors uniformly, but otherwise they are difficult to distinguish from one-another. Brisk, nearly-snappy astringency that recedes easily. Moderate body. Coppery and twiggy base flavor. Orange peel, stir-fried vegetables, muscat and oaky Chardonnay high notes with a fleeting clove-spicy “ting”. Distinct squashy and rose aroma. Ferrous-mineral (like lava rock) and faint marmalade aftertaste. Not…much…else…? Perhaps a sub-current of the smell of a flowing alpine river throughout the draught and a slight raisin note hiding alongside the wood notes. Longer infusions bring more of a tannin influence into play, but not much more than what’s present throughout the base flavors in all samples.
It’s difficult to get a bad infusion between 2-4 minutes with anywhere from 1.5g-3g per 100ml and brewing large volumes doesn’t impede it too much as long as you cut it before the 4 minute point, unlike a Qi Men which tend to go somewhat sour and wussy if heat is retained. Makes a refreshing tea from lukewarm and cooler, but kills as an iced tea (even moreso when augmented with just a touch of a China and/or Sri Lanka red influence). If finagled with, you can get more of a blood orange aroma off it or some of the aromas evoking creamy, sweet, and softly sour assumptions to the palate like Taiwan reds, though it involves brewing with elevated ceilings in the vessel or augmenting turbulence through stirring/paddling. Not much leeway in range, but nice to have some control of expression in such a steadfast tea.

Where this excels is in conjunction with malty teas from Yunnan, low elevation Sri Lanka, or Assam. Balances with lively qualities without degrading body or tweaking the aromatic theme too far as the less-round aromatics of Darjeeling or a high elevation Sri Lanka would. I suppose I could lump a Frost Nilgiri with those two as well… This estate produces frost teas of elegance and complexity far beyond the norm, but this offering offers that approachable normalcy the former scoffs at.

This is nowhere close to the best SpecialTeas had to offer us, but it is the bulk order I will miss them for. International Tea Importer offers lots that are similar to nearly identical, but you usually have a minimum 2lbs you need to buy to find out if it’s a good fit or not between lots as well as from year to year.

SpecialTeas is where I started my explorations in tea. Sad to see them go. I especially like their East Frisian broken blend. Huh.