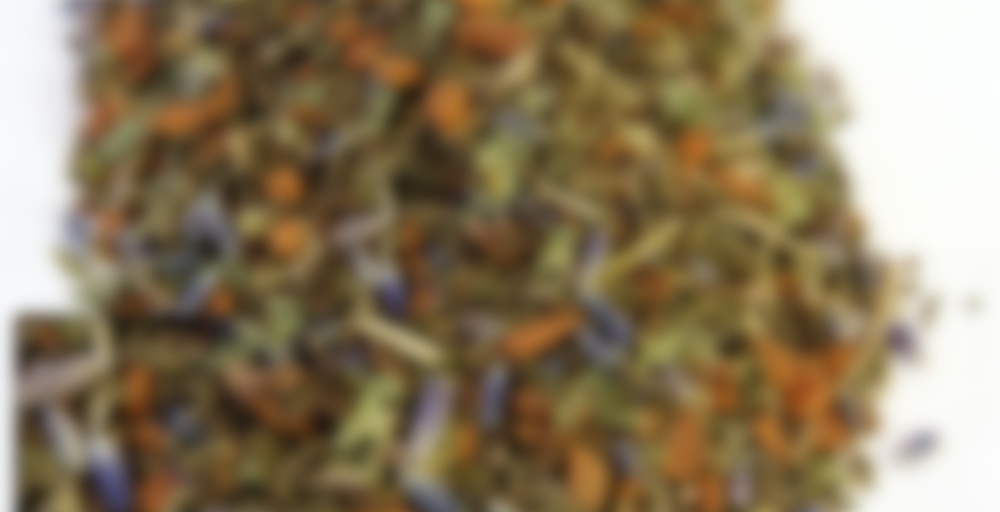 In September, 1620, the Pilgrims left Plymouth, England for a treacherous journey across the oceans to a new world. Landing in Plymouth, Massachusetts on December 26, 1620, they set about rebuilding their lives, erecting new homes and planting their gardens. They could not bring the comforts from home; however, one thing they made sure to bring with them was the wonderfully fragrant & soothing herb, lavender. Thus began lavender cultivation in North America.

This tisane brews to a flowery, minty, slightly sweet cup.

I almost gave this one away to a family member, but I couldn’t bring myself to! For once, I didn’t use sugar, and it didn’t need it! The main flavor was of course lavender, but it wasn’t at all overpowering. The second flavor was a mysterious creaminess. The other ingredients may be there in small hints to balance out the lavender, but I couldn’t pick them out individually. The reason I bought this tea was because one of the reviews on the website mentioned making this into a latte, and I have got to try that.

I love this tea!

Me too! Lavender blends are so fun.

So, a migraine I had a few days ago returned on me today, and I ended up using my last triptan (I have no idea if the pharmacy will let me refill so soon either, crossing my fingers they will tomorrow, but for today they are closed, sooooo… nothing I can do but hope this one works and sleep it out). It takes a while for a triptan to work even if it’s going to, so to try to get myself drowsy for a nap I figured I’d drink this lavender and mint blend that I got from the last Here’s Hoping Traveling Teabox (thanks tea-sipper and all who participated!) Lavender is (tasty!) quite relaxing and mint and cinnamon are quite calming on the stomach.

The smell is wonderful! It’s minty, with a rich cinnamon aroma, and a touch of floral lavender. The flavor is incredibly relaxing. It’s subtly minty, so it doesn’t have a strong menthol cooling sensation. A lot of the minty note come out in the lavender flavor, which is pretty strong, and quite nice since I’m a big fan of lavender. There is a really nice sweet cinnamon note that comes in late in the sip and settles into the aftertaste at the back of the tongue. There is also a slight citrusy note to the tea. I never really thought lavender and cinnamon could work so well together, but they do; this is one of the nicest herbals I’ve had in some time. When I’m no longer on a self-imposed tea-ordering hiatus (seriously, my cupboard is waaaaaaay out of control at the moment!) this is definitely a blend I’d happily restock from Simpson and Vail.

That nap was bomb, too; when I woke up my stomach still felt nasty, and all I wanted was another cup of this.

I had to try this unique herbal from S&V. The ingredients: organic cinnamon, spearmint, organic rosemary, lavender and lemon verbena. It’s quite a colorful blend! Taste wise, I notice cinnamon, spearmint and lavender in an equal delicious balance. The lemon verbena probably adds sweetness and fruit while I’m not noticing the rosemary at all. Minty, floral, fruity, and spicy sweet from the cinnamon. Somehow it works. Overall, a tasty combination and definitely something different when I’m looking for a caffeine free option. It was a great price which helped me stock up on this one and I’m glad I did!