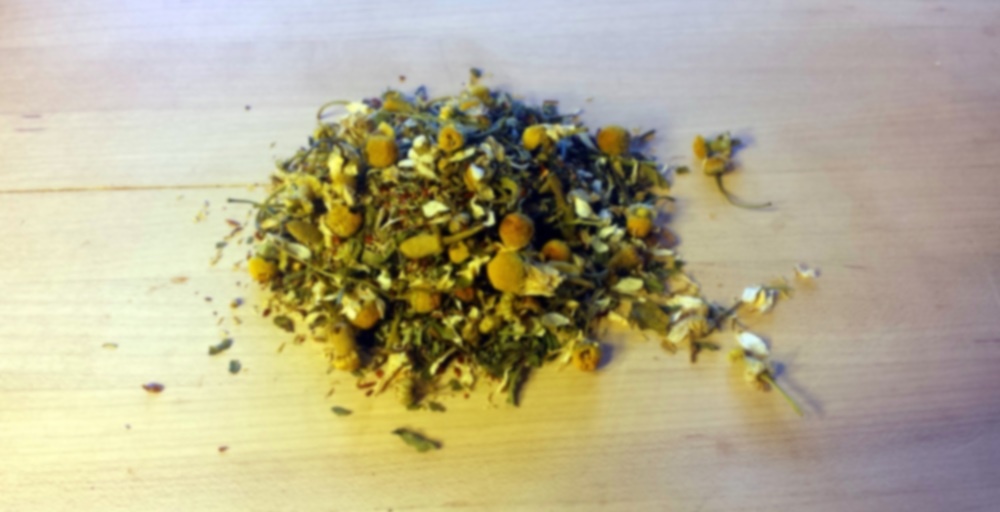 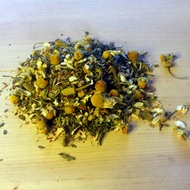 by Simple Loose Leaf
76
You

Our mint chamomile tea will put a smile on your face regardless of how your day is going. Brew a cup of this floral, sweet, and soothing tea and enjoy the fresh finish of a wonderful cup of tea.

Actually had this a few days ago. Just now posting. When I opened the sample I thought I was smelling a Peppermint Patty. I know there is no chocolate in it. I handed it to my wife who said the same thing. Can’t explain it, but I liked it. Tasting, this is first peppermint, but it doesn’t assault you. It quickly steps aside and a creamy sensation kicks in. Then I notice the apple like notes of chamomile. The flavors work together nicely. The rooibos I notice last. It adds a fullness to the cup without dominating. I found this to be a well balanced and enjoyable herbal. Typically this would be a good late night treat. I think I wouldn’t mind it most any time of day.

Just looking at the name of this tea, I knew I was going to want to drink it before I went to sleep, it is my favorite use for herbal teas after all. This one is a blend of Rooibos, Chamomile, Mint, and Natural Vanilla flavoring, opening the bag I am greeted with the aroma of straw-like flowers that is chamomile, vanilla, woody caramel that is rooibos, and a gentle coolness of mint at the finish. I like that the mint does not slap me in the face like some blends with mint can do.

Brewing the tea is very similar, with a fairly equal blend of Chamomile, Rooibos, and Vanilla, with mint being the least noticeable of the notes. This tea tastes delicious! It is a blend of chamomile and vanilla at the front, this transitions to woody sweet rooibos. and lastly a mild hint of mint. I really like how I didn’t really detect any mint until the end, it was very refreshing and cooling on my insides.

For blog and photos: http://ramblingbutterflythoughts.blogspot.com/2015/02/simple-loose-leaf-co-op-box-day-2.html

The first “tea” of this month’s tea party with my mom.
The smell of the dried leaves was of mint and chamomile, but the strength of the mint was a bit worrisome to us. The instructions were a bit confounding—steep for 10 minutes? We opted for 4. The liquor was “peach” or “apricot”-colored as there was a tinge of warm orange-red. Our worry was revealed as unfounded as we drank the warm tea: it was a wonderful balance of mint and chamomile. They were definitely the stars of the show. There was a hint of the rooibos base, mostly enough to give the light tisane some body, and a sweetness that may be attributed to the vanilla? I thought so, but my mother disagreed. Though she’s always more sensitive to sweet notes than I.

A second steep of 6 minutes revealed a drinkable, but weak liquor.

I felt that this was a nice bedtime relaxing tea (and probably not the best way to start a day). Since I don’t often reach for tea in the evening, I left the rest of this sample with my mom for the $1.90 I owed her.

I expressed interest when SLL sent out an inquiry for reviewers, but I had no idea I was going to be one of the lucky ones to receive a box for review, until a box magically appeared in my mailbox yesterday. It was an awesome surprise! I love the packaging of these monthly subscription boxes…it’s like getting a gift box in the mail. The teas are nestled in crimped paper pieces and they include a card describing each tea and a couple of reusable cloth teabags. I’ve never used cloth teabags before, but I’ll have to give it a try and report back. Anyway, on to this tea, the first one I tried from the box!

The dry leaf smells like white chocolate peppermint bark! Yum! The leaf is beautiful with those cute little yellow chamomile flowers. I’ve not been a fan of chamomile, as it usually has a medicinal herb note to it, so this should be interesting.

The color of the liquor is a very clear red…pretty. :) The peppermint is nice…it hits at the front of the sip, then backs off for some creaminess, then hits more at the end of the sip with a refreshing minty spiciness. It clears up my nose a little. This tea is smooth and clean and sweet. I don’t even like mint much, but this is good. It’s nice for after dinner and it would probably be good with some honey if you were sick. I’m not tasting any rooibos and the chamomile is very mild, so those of you afraid of the medicinal taste of either of those should not be worried. You know, the funny thing is that when I saw there were two herbal teas in the box, I made a face, as I’m not big on herbal, but this is actually really good. Probably the best mint tea I’ve had. Well done, SSL, and thanks so much for your generosity!

Third one from the Simple Loose Leaf box. This is a very fresh and pleasant-smelling herbal tisane. Alongside the mint and chamomile, there’s a hint of vanilla flavoring, which makes for more of a sweet and smooth aroma. In terms of taste, the vanilla is fainter, while the mint and chamomile are both quite enjoyable. The rooibos base is fairly unassuming, and I don’t think there is that much of it in the mix either. Overall, it’s a standard herbal tea that is nicely relaxing.