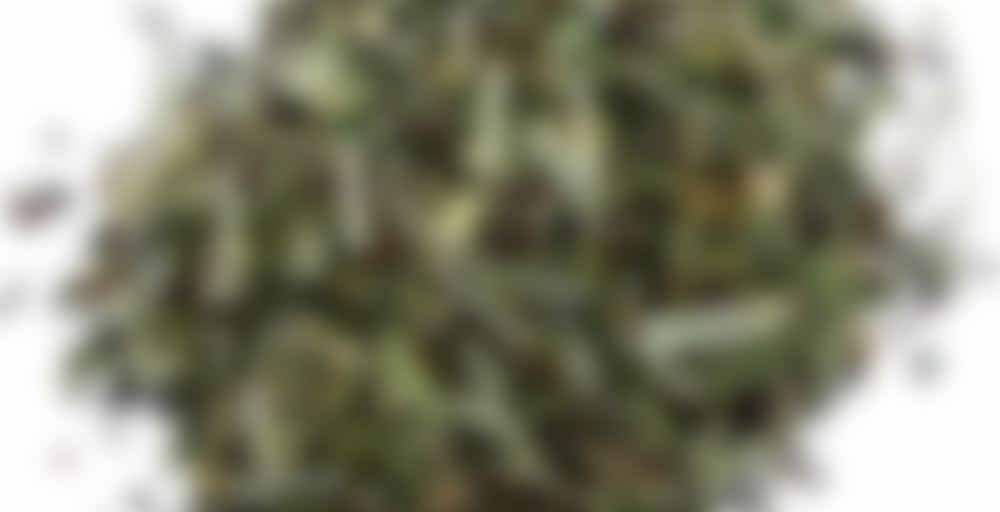 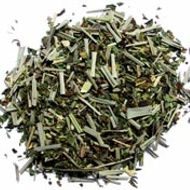 Listed on the tin as ingredients are lemongrass, peppermint leaves—and seaweed. Given that last I didn’t think I’d like this at all. I haven’t liked the taste of seaweed when I’ve tried it, and the entire reason I haven’t liked the unflavored green teas I’ve had is because of a vegetal or seaweed like taste to them. However they blended this though, they did a wonderful job. Looking at the mix in the tin the lemongrass definitely predominates, and that citrusy/gingery taste is what’s most obvious in the brew, but the kick of peppermint is certainly there too. I can’t really detect the seaweed, though no doubt it makes its contribution. It’s light, soothing. I really liked this!

(Or rather I really loved the first steeping. I resteeped it for about 9 minutes and didn’t like the result at all—dumped half of it undrunk. On that second steeping I could really smell—and taste—the seaweed and it wasn’t to the good. Less of a minty taste and far more bitter, even with increasing the sweetener. Guess that this is a one-steeping tea.)

When this is brewed too hot with a shorter steep, it tastes mostly of lemongrass with hints of mint.

I tried brewing it for 5 minutes with hot but not boiling water, and it brought out the other important ingredient: seaweed.

Here’s the thing: I like seaweed. But I like toasted nori, but that thick bull kelp rotting on the beaches near my house. The smell of this tea is really unnerving because it reminds me of octopus/squid flavour or fish broth. It smells REALLY fishy. Luckily, however, the taste is more similar to the smell of bull kelp, and not what I would describe as fishy. It pretty much tastes how one would expect this blend to taste like. Strong lemongrass, the longer steep made the peppermint a bit overpowering, and then in the aftertaste is bull kelp. If you have ever tasted dried Kombu seaweed, that is what this tastes like.

For those who don’t know what bull kelp looks like:
http://otlibrary.com/wp-content/gallery/bull-kelp/bull-kelp-on-rialto-beach-in-olympic-national-park-wa-ruth-hager.jpg

mint, lemongrass… lovely. i can barely detect the seaweed in the smell of the steeped tea, and just a little bit more in the flavour, but it works well overall.
a nice herbal! refreshing on winter evenings :)