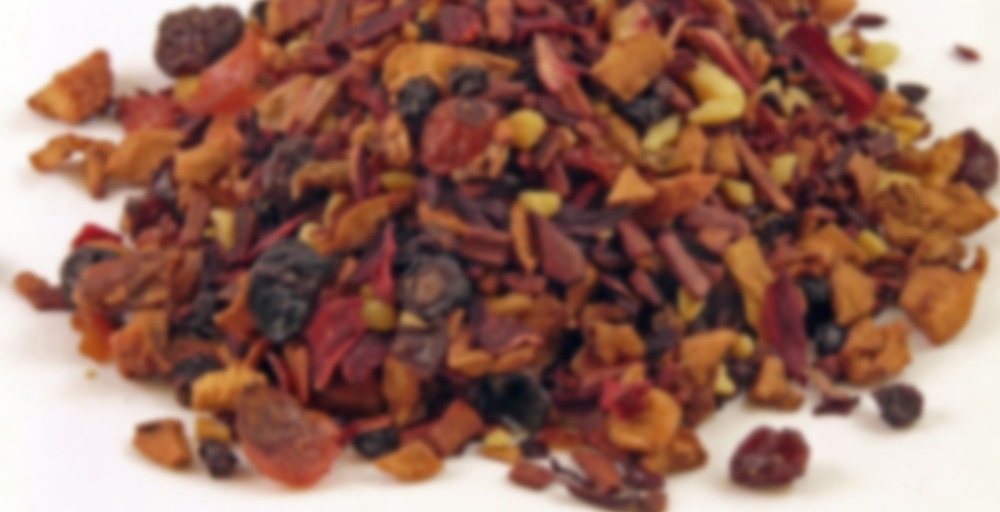 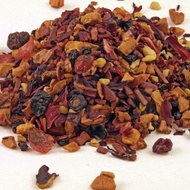 Baby, it’s cold outside. But all the way home you’ll be warm with this blend of Apple and Cinnamon. Elderberries and currants add creamy flavor for when Jack Frost is nipping at your toes. Finished with glad tidings of Hibiscus, whether you made it on the Naughty or Nice list this year, you will love this delicious fruit and spice blend.

The fruit pieces make this tea deliciously sweet without any extras.

I opened the pouch, stuck my nose in and took a big whiff. Oh, mistake…singed my nose hairs. The cinnamon in this is bordering on atomic! OK, let the bag sit open a bit and try again. Ahhhh, sweet apples, berries and spicy cinnamon!

This tisane brewed to a really festive cranberry color. The fragrance mellowed out and became fruity with a hint of cinnamon. While drinking, the taste kept shifting between tart, sweet and spicy. This really keeps your attention!

What I liked best was the lingering apple-cinnamon taste. The apple in this was exceptionally good. It seemed really fresh and had a very clean apple flavor. There was a creaminess to this too so it was like hot apple pie a la mode.

Maybe Shui Tea can come up with a second name for this and keep it year round?!