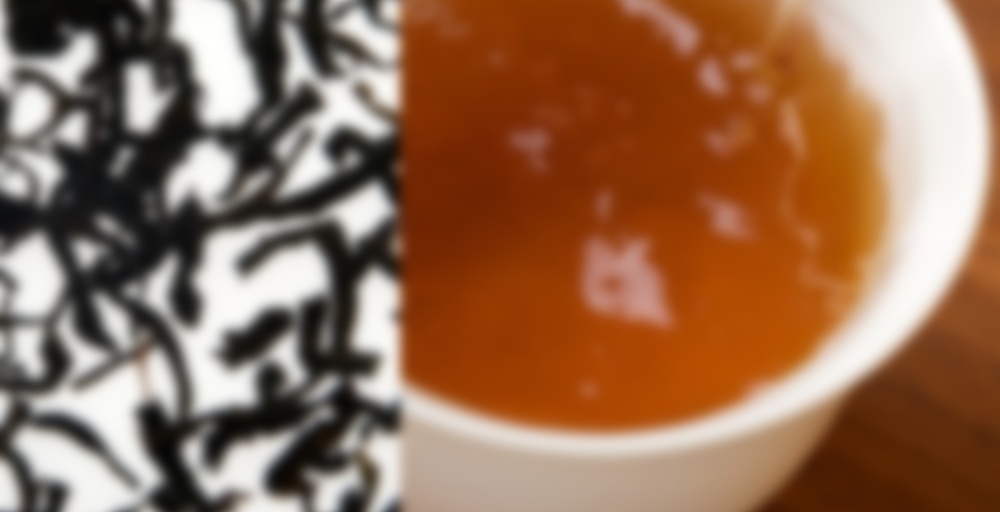 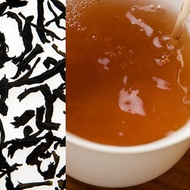 Flavor Profile: Deep and complex…with a rich body, a roasted aroma, and sweet finish of raisin sugar, honeysuckle, and roasted barley. Warm and earthy notes of bittersweet chocolate and peat moss. Expertly dark roasted, the Wuyi oolong has very little floral notes. If you are a coffee lover, this tea will steal your heart away.

Our Wuyi’s nutty, dark-roasted flavor profile has won over many a coffee-drinker. If you’re someone who’s trying to wean themselves from coffee, this Wuyi is the perfect step into the world of tea. Trust us, we’ve seen many stave off coffee-withdrawal with a smile, sipping the Wuyi.

Food Pairing: This is the best oolong for pairing with deserts. The roasted, nutty flavors pair excellently with dark and milk chocolate, sweet creams, and the dense sweetness of baked figs or juicy dates stuffed with chevre.

This one courtesy of the Amazing Takgoti! Thank you!!!

I chose this one for today because Robert Fortune has arrived at the Wuyi mountains in China in the Steepster Book Club book, For All the Tea in China! I thought that it would be neat to drink a tea from the very area I am reading about! I am imagining the mists and the dragon skeleton mountains as I sip!!

I did a rinse in boiling water, then did the rest of my infusions at 195 degrees.

The first three steeps had this amazing dark roasty flavor which reminded me of natural peanut butter from the health food store – no salt no sugar! just the ground nuts. It then morphed into something like the barley tea that I had at the Korean restaurant. I’m now getting a good tea flavor with some deep elements. Seven wonderful steeps. This tea had the most dramatic changes in flavor! It was almost like I had three different teas today! I think it could even go for more but I am so full of tea, and need to leave the office soon!

The blurb says it’s good for coffee drinkers – I have to agree. Not because it tastes like coffee, but because it has the hefty presence of coffee. I love it. I definitely would pick some of this up for the winter. I want to see what steeps 8 and beyond hold!! Mmmmm.

Absolutely lovely note! I haven’t gotten to the Wuyi part of the book yet, but I must try and drink some too when I get to that. :)

Well, it turns out that I really needed to follow the instructions on the packaging. I’ve been playing around with this tea at my office with minimal results on the “tasty meter”. It turns out that this oolong truly needs the boiling water to make it sing. Previous efforts yielded decent yet average results in the 70-75 range. Kind of bland…not what I expect from Samovar. The tea tasted more like charcoal than “roasted”. The phrase, “Taste the meat, not the heat” comes to mind. No matter how long I steeped, I ended up with blasé charcoal water.

Boiling water made all the difference.

Everything about the tea improved. The smell, the taste, the color of the liquor…all drastically heightened. The liquor is darker, the taste more complex. Now Samovar’s description is making sense. Earthy (I’m guessing this is where the peat notes come in), nutty (especially in the aroma), light barley…but more charcoal-y in my opinion. Much more robust! Now we’re talking! Sometimes it pays to follow the instructions.
But not always. :)

Passing this along in trades. Its a great intro to Wuyi Oolong but sadly I feel this is one of Samovar’s lesser teas. I love Samovar when I can afford them but I feel this Wuyi is a little lacking. Its good, don’t get me wrong, but as I said a good starter Wuyi. Its not as complex as it could be. Sipdown of the tin I had and still have a box to dig out and pass on as well.
Flavor notes:
Mineral
Honey
Cocoa
Salt
Roasted Notes
Floral after taste.

This is my first unflavored oolong w/multiple steeps. First and second steep, mild , pleasant and relaxing flavor. Not sure if I am crazy about this tea…But again this may be reflective of my personal tastes/oolong inexperience and not necessarily the quality of this oolong…

I would have to disagree w/Samovar’s claim that this is a replacement for coffee- it certainly does not have the rich and strong undertones present in coffee….

Decided to give my new gongfu style oolong pot a try from Samovar, paired with their Wuyi Dark Roast. In my opinion, this is the best method for preparing this oolong. Each infusion exhibits stronger singular qualities that are typically hidden when brewing en masse. The Wuyi slowly develops into the sweeter honeysuckle and raisin qualities with each brew and loses some of the stronger peat/chocolate notes that are present at the start.

I jumped straight onto the Samovar website when Kevin Rose tweeted the special tea sampler that he was doing with Samovar – it had Maiden’s Estacy, Ryokucha, and this Wuyi Dark Roast. It’s been so long since I’ve had a wuyi oolong. My last one was the Wuyi Ensemble from Adagios (very delicious)! I can’t really compare the two since it’s been so long since I’ve the Adagio one. But I’m a big fan of the roasted/nutty taste of any wuyi tea.

I tried this tea several ways, trying to unlock its secrets. Long steep-lower temps(1min+, 185F), boiling short-steeps(30 seconds), varying quantities of water. I literally have tried everything. None of the attempts jumped out as enjoyable for me. The Barley flavour is overpowering for about 3 steeps (plus rinse). At that point the caramel or raison sweetness start to present itself, with the barley still lingering. The aroma of hay/barley persists up to the fifth steep easily. This might be more suitable for dark-roast or coffee lovers, but for my money, I’d rather spend the few extra dollars and get Samovar’s Monkey Picked, which tends to evolve better with every steep. In Wuyi’s case, its just the same for one too many steeps for me.

It’s been at least a couple of weeks since I poured this out of the packet and into a filter, intending to steep it. I never got around to it, and though I had meticulously saved the sample packet with its steeping directions, my cleaning ladies seem to have thrown it out.

The one time I tried going gong fu with a Samovar oolong sample it didn’t work so well, so this time I decided to come to the page for this tea and look for directions. Seeing none, I read about how people had steeped it. Given what Lena said about boiling water, I decided to go that route. I also steeped for about 2 minutes, since I was going western and using a higher water to tea ratio.

I was pretty amazed at the result. First of all, that thing they say about coffee in the Samovarian poetry section is pretty right on. There’s a coffee-like aroma that sort of melds into something that is almost like butterscotch. There’s what I call the malty note as well, which so many Samovar teas have and which I love in some yunnans and some red wines as well, but which I didn’t expect in an oolong. The liquor is a rosy amber and very unique.

The flavor is remarkably complex. So many dark oolongs give off a sort of a single note of woodsy stonefruit. Not this one. It has layers that shift around on the tongue so just when you think you’ve tasted one thing, you’re tasting something else. I don’t taste peat moss, but I for sure taste a bittersweet chocolate note, and the roasted barley as well. The sweet note is still butterscotch to me and not raisin sugar, but delish nevertheless.

And they still have it!

I suspect to get the most out of this one you need to prepare as directed. I’d be afraid to do otherwise given my past experience with Samovar oolongs.

This tea was a dark cup, with a very heavily roasted smell (hence the name I suppose…) Given the darkness and roasted smell, I was expecting something with a fairly bitter aftertaste, not so. It actually was quite smooth, very full, and good. I was expecting a lot more powerful taste but it is actually very mellow. Overall very good, not really what I was expecting, but good!

See the full review and more at www.teageek.org