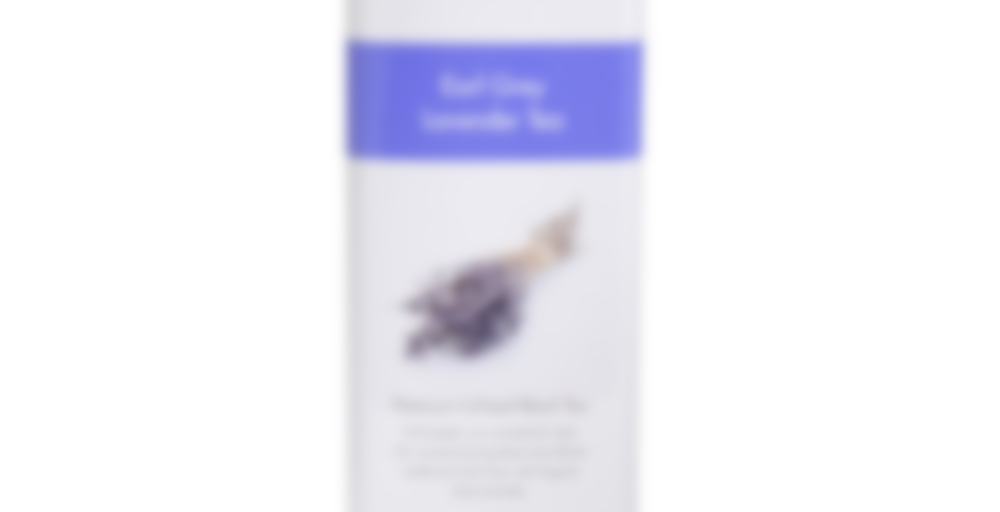 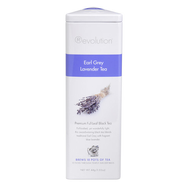 by Revolution Tea
78
You

drinking it plain today, to cut the richness of some leftover Quiche Lorraine.

This tea has been on my Shopping List for a long time and luckily TeaEqualsBliss sent me a couple sachets in our most recent tea trade.

It has a very nice smell – nicely tea-like with a hint of flowery-pungent lavender. It wasn’t so pungent as to be overpowering, nor was it that sweetly-fake smell you sometimes get in lavender-scented products – it was nicely balanced in between these two extremes.

The base is decent enough for a bagged tea – not tasting too harsh nor too dusty and tasteless. The bergamot was reasonaby mild-tasting and it made an interesting mix with the flavour of the lavender. They’re both plants that have a pungency to them so they make a good flavour pairing in my opinion.

The resteep (@ 5:30) unfortunately was pretty nasty – it tasted like watery tea crossed with that taste you get from undercooked pasta – ew! It went down the sink.

I think this was the first Earl Grey I ever tried, as well as the first tea I had in a sachet. All these years later, I didn’t think it would live up to the memory. I thought maybe I had built it up in my mind.

I was wrong. This was one of the best lavender variations I’ve tried during my Earl Grey project. There’s no missing the floral note, but while it is unmistakable it is also fresh and subtle.

You can read my full review here:
http://wordsabouttea.blogspot.com/2013/08/earl-grey-lavender-by-revolution.html

Boiling 3 min, 0 sec
Yours I Like This
9 likes
0 comments
Edit

Well, this could be better, but it not bad.
I hate that they put Darjeeling into the mix
as that is one of my least favorite teas.
But, this is nice and refreshing.
I enjoy the taste of the black tea mixed with Ceylon
as well as the light flavor of the Bergamot here.
You can definitely smell the lavender before steeping…
very nice…it also lingers on the palate in a lovely way
after the tea is gone.
This cannot match the Creamy Earl Grey From David’s Teas
that Whiskey Buzz sent me,
But for the occasional pick me, it is worth the coins (not expensive)
& on a different tip, the flow through infuser bag is super nice
for a tea bag…allowing the tea leaves to expand nicely.

P.S. please allow this one tea to cool lightly before drinking,
It enables you to more fully enjoy the exchange between the lavender
and Bergamot.. Enjoy :-)

Last time I had tea with lavender (White Lion?) I was underwhelmed and I’m not sure whether that was because I didn’t know what I was doing or it really wasn’t well done. Now I am inclined to go on a lavender-tea quest as a parallel to my Earl Grey adventures.

I also used to think all Earl Greys were alike. There was “tea,” and there was “Earl Grey” tea, and much, much later, there was “green tea” and — you get the picture.

I also had trouble figuring out which log to put this tasting note under. There’s another labeled for the 16 individual infusers, which is what I actually have, and which doesn’t look much like the tall tin box in the photo attached to this one! I finally went with this because it had more tasting notes attached and because, after visiting the Revolution site, it looks like they put all their teas into pyramid-shaped cloth (polyester? Silk?) sachets. I like the idea of the re-sealable foil envelope inside the box, too.

ANYWAY: I used one sachet, probably could have used less water or steeped longer, and probably will try one of those next time. I still am getting a nice subtle bergamot/floral scent and flavor, though. I added half-and-half and am very happy.

As far as bagged tea goes, this is one of my favorites!

This was on my shopping list for a while, but I’d pretty much given up on actually getting it.

But somehow! Tealicious happened to be selling them. I’ve never seen them selling any other teas but their own. But either way, it was buy one get one free, so I picked up a box of this and white pear.

Dry, I could only just make out a whiff of lavender. The bergamot was the centre stage. Brewed, the lavender was much stronger, mixing with the bergamot, and giving it an oddly… ginger smell. Huh. I think it’s because both lavender and ginger’s smells are classified as “pungent”.

I get floral notes, and only a little bergamot in the first sip. Very little of the actual tea. This is my first time tasting lavender, and it’s much different from any other florals I’ve tasted. Again, more pungent, although it has its own sweetness. The bergamot comes back as the tea cools.

Boiling 5 min, 0 sec
Yours I Like This
5 likes
0 comments
Edit

I didn’t have super high hopes for this one based on my last tea by this company, but I can’t help but try all the new teas I get right after I get them, so I chose this sachet anyway.

Dry it smelled primarily like herby lavender with a bit of bergamot and something else; an almost peppery note that I’m not sure is coming from the lavender or the tea. Brewed it smells heavily of lavender, and the taste is primarily lavender with a hint of slightly astringent bergamot at the end of the sip. It’s a fine enough tea, and certainly better than the one I had yesterday, but it’s not Earl Grey-y enough for me, and the bergamot that is there just adds astringency and combines with the herby lavender in a not-great way in the aftertaste. My rating on this one started out higher but I kept dropping it as I progressed through the cup.

Ohh this is a nice earl grey, I really love the smell of lavender though in all honestly I don’t get much of the taste (IDK WHAT DOES LAVENDER TASTE LIKE ANYWAY?), could be because I added milk though. BUT ANYWAY it is quite delicious!