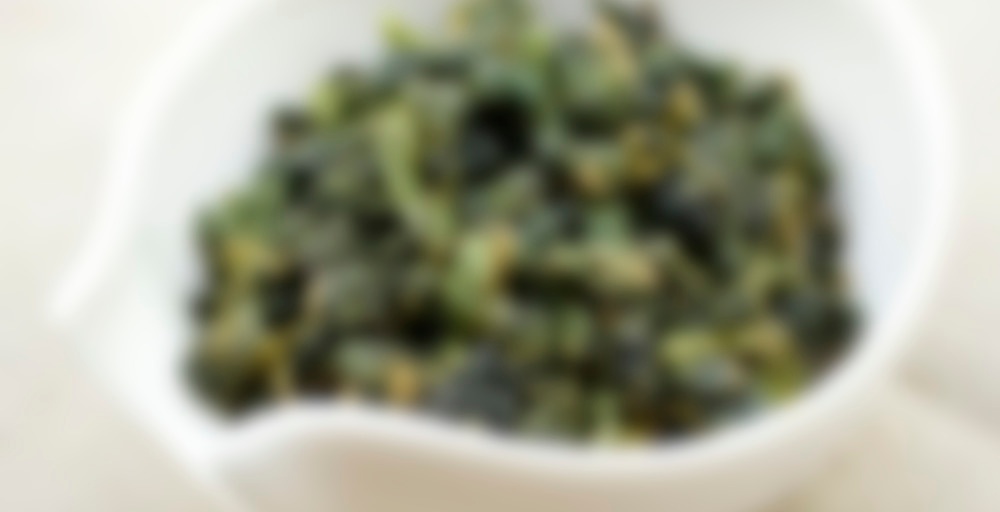 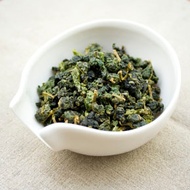 by Red Blossom Tea Company
75
You

Jing Xuan, meaning “Golden Lily” in Chinese, is a relatively new Formosa varietal developed by Taiwan’s Tea Research and Extension Station in the early 1980s. The cultivar is the end result of nearly four decades of cross-breeding of several Formosa varietals to yield a tea that is distinct in character from the traditional cultivars of our Alishan, San Lin Xi, Lishan and Tung Ting.

Our Jing Xuan comes from a high elevation garden on Alishan. Hand-gathered in late November, this Winter crop has a bright floral character with an undercurrent of rich buttercream and peaches.

Each tea cluster was hand gathered at 1700 meters above sea level and opens to reveal three leaves attached to a stem. While many in Taiwan prefer mainstream high mountain oolong varieties, we feel that our Jing Xuan is an exceptional and rare find for a tea of this grade.

Water Temperature: 195-200°, or when medium bubbles begin to rise and water becomes agitated.

Last night I steeped up a cup of this in my fancy Bodum Pavina glass – seriously, I love it. And it’s 8oz, so I feel like I can do a semi-gong-fu sitting with it and have two or three cups)

I had two cups last night, and then began my day with another two. It’s sweet and vegetal and really really good.

YAY for reviews from Red blossom tea company. I’m planning on visiting in a month-ish so starting to try and come up with 1-2 that i might get.

Ooh la la! I’ve only tried this one, it was sent to me in the last Steepster Select, but it’s delicious. This is a really bad review of it, but it’s really, really good.

I live in San Francisco and Red Blossom is pretty fun. :D

Amy – any other recommendations for other places in San Fran besides lupicia…er whatever it is.. I have it written down haha someone else suggested it

I got this in one of the Steepster select boxes and haven’t written a tasting note on it before now. I have given up on buying a lot of green oolongs just due to their sorter shelf life, but I was really in the mood for this today.

I decided to gong fu this tea – so…

1st steep: 20 seconds. After steeping the leaves I am noticing the floral aromas coming forth. It does have a nice buttery/nutty quality about it but I am not getting much of the peach flavor.

2nd steep: The Lily aroma is getting quite strong now and is very pleasant. A couple of reviewers have mentioned this is a really weak jing xuan but I’m not sure I’ve ever had another one. It reminds me a bit of a milk oolong.

3rd steep: 10 seconds. The leaves are opening up a bit and I think I’m detecting a peaches and cream flavor. Although I am keeping my steeps short, I am detecting a slight vegetal bitterness in the finish.

This is an enjoyable oolong but not destined to be a favorite. I may try cold brewing the rest of this sample to see what happens!

As far as Jing Xuan Oolong goes, this one is a bit on the tame side. It’s enjoyable, but, it is just a little lackluster. The first two infusions were creamy but on the light side. The next two infusions were brothy but, lacked the creaminess I had hoped for. The final two infusions were a combination of the first two cups, somewhere in between the two… a little lighter than the first, and the flavors had melded to a smoothness that provided an almost creamy effect. Of the three cups, the third was the best, but, sadly, I think that they just sort of … fell short of what I expected from them.

This isn’t a bad tea … just a little lackluster and boring as far as Jing Xuan goes.

I got this from Micah in a tea swap, and I’m not really sure what to say about it.

It was very bland.

I had enough to try a couple of cups, and I did one at the recommended 195F and one at a lower temperature of 165F. I tried resteeping for longer times to no effect. Both of them tasted like pallid reflections of what the I think the tea is supposed to taste like. Barely-there floral, washed out sweetness.

Ultimately, it felt like someone had Scrooged the flavoring in the tea. It felt like I was drinking hot water.

I’m sorry, I can type Scrooge without thinking about Scrooge McDuck. And then I think of Duck Tales. Life is like a hurricaaaaane, here in Duckberg.

And before I go off on a very distracting youtube search for my favorite cartoon theme songs, I will say that I can’t recommend this tea.

I now have a mashup of Chip&Dale/Duck Tales/Talespin theme songs running through my head. It’s very “Chi-Chi-Chi-Chip and Dale! Ohh-e-oh (…duckberg!) Ohh-e-oh (…when there’s danger!)” Those were my FAVORITES (post TMNT of course). Thank you for that :)

Oh my god. Someone must make a formal mash-up of these if it hasn’t been done already. Immediately!

I got this in the Steepster Select box. I am very inexperienced with Oolongs but I really like this a lot. It has a very crisp and clean green taste. I especially love how the leaves unfurl during steeping. I am definitely going to look into more Oolongs.

Often called “Milk Oolong”, Jing Xuan was developed in 1982. A product of Taiwan’s Tea Research Institute (created by the Japanese during the occupation of WWII), its name means Day Lily (Named in honor of the creators mother)

First steep
The first steep was very light. The color was an almost neon green. The dominant notes were fruity (peach?) and floral. Not much depth on the first brew.

Second Steep: The slight creaminess this tea is known for showed itself in the second steep. The fruit and cream together makes for a nice mouthfeel/aroma. This brew was a bit “coppery” with a tropical overtone (pineapple/coconut). Still a bit lacking in the depth department. While it was fresh, was expecting a long lasting finish.

Third/Fourth Steep: The creaminess was already on its way out, replaced by a more noticeable floral scent. I got jasmine, orchid and lily with a hint of citrus (mandarin). The color of the liquor at this point was more golden then green. The wet leaves had opened completely and had a slight “meaty” aroma, similar to chicken soup. (interesting!)

Overall, a lighter brewed than I had hoped for, but fresh and clean. Great if you like floral and fresh oolong.

I am a big “milk oolong” fan and it never lasts long whenever I have it in my cupboard because I drink it all up so fast. This one is particularly good; I love the subtle milky taste. I’ve been served cheap imitation milk oolongs before (beware of these as they are actually not very good for you) and those have a sickening strong “milk candy” smell. This is the real deal and it is quite good.

Always love when I follow instructions included with a tea and then when I log in to Steepster I see additional instructions (namely to rinse the tea) have not done that.

Found another sample. Seriously a lot of butter flavor. Same steep time and temp. Will add some cream and sugar to next steep.

Another new one from Red Blossom. I love their selection of Oolongs, and I think I am learning a lot from cruising through their stock.

This one is no slacker. I was worried while brewing it that it would be a bit tastless as the water stayed very clear and light, but the taste certainly shined right through. Big and bold, very well balanced, a hint of maltiness hidden behind butter and wet straw. Certainly closer to a green then most of the other Oolongs I have tried, this one would certainly make a great Fall Season tea.

This is my first Jing Xuan tasting so I don’t have much of a comparison which is why I will not rate this for now. When I first opened the bag there was a subtle aroma usually given off by green teas mixed with a pinch of sweetness which I enjoyed.

The first two steeps tasted like regular green tea to me which I wasn’t too pleased with but the aftertaste lingered with the same sweetness I smelled upon opening the bag maybe a little peachy? The last steep was the one where I smelled the creaminess of the tea the most and there was a small hint of it upon sipping the tea.

Milk oolong is my favorite tea so far from drinking with friends and this again is the first time I’ve purchased it for myself.