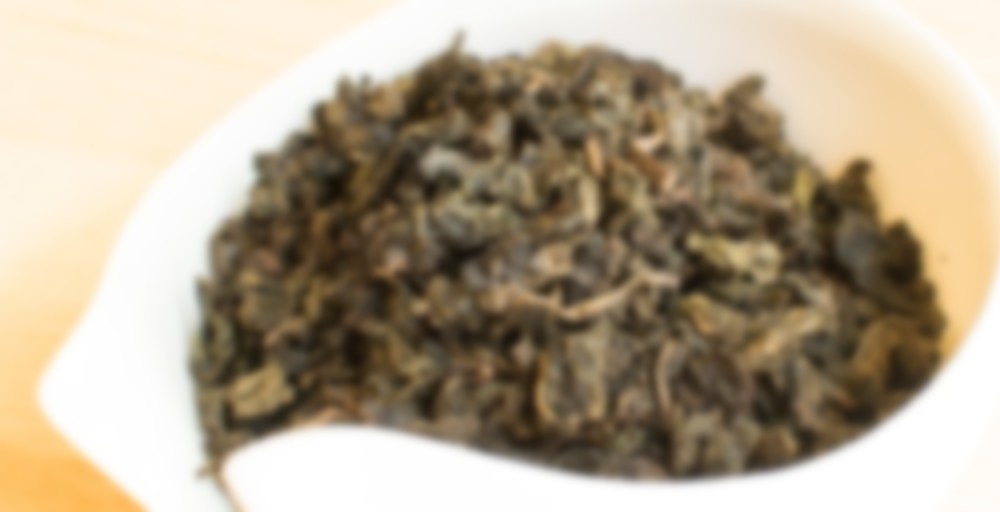 by Red Blossom Tea Company
79
You

Harvested in Anxi County, Fujian Province in Spring 2014, the leaf is 30% oxidized, first by bruising the leaves in a bamboo drum and then allowing them to rest and gradually wither. The rest time enables the conversion of catechins into bioflavonoids while enriching the color of the liquor. We then asked the tea maker to finish the tea using a traditional loose roll and roast the tea in a way that does not leave too strong of a final impression.

When brewed at high temperature, a delicious natural honeyed character is released. The end result – roasted almonds and toffee notes. Perfect for our selection of Celadon and Yixing tea ware.

It was bound to happen. As I started to get to what looked like the last few oolongs, I found I hadn’t entered this one into my cupboard. Sigh. So now I have more tea than I thought I had.

But perhaps the good news is that I may have less than I thought I had. I haven’t been able to locate in my stash a couple of the teas that were already in my Steepster cupboard. Unless they’ve been put somewhere I wouldn’t ordinarily put them by someone else in the household, I’m throwing in the towel on them, on the theory that I sipped them down before without recording them. Or just entered them by mistake, which seems more likely. One was a Lupicia “milky” oolong and it’s possible I entered that under a more generic entry at first and then entered it under its actual name later. Same with a Chicago Tea Room tieguanyin. Who knows.

In any case, this tea. You’re going to think I’m weird, but when I stuck my nose in the packet, I thought “peanut butter.” There’s a nutty smell that has a toasted edge to it. On further consideration, it is likely almond. This is all very interesting, because the dry leaves look like your standard green oolong. Varying hues of green, rolled into balls.

This is a really, really nice tea. It’s color is definitely that of a green oolong, a medium yellow, rather than that of a dark oolong.

It smells a little nutty, a little fruity (peach?), and a lot honey — not roasty toasty like a dark oolong or floral buttery like a green one. It seems to exist in a sort of in between the dark and the green. The flavor is just like the smell. It’s mild, light bodied, and easy to drink.

Giving it high marks for being unusual (and tasty).