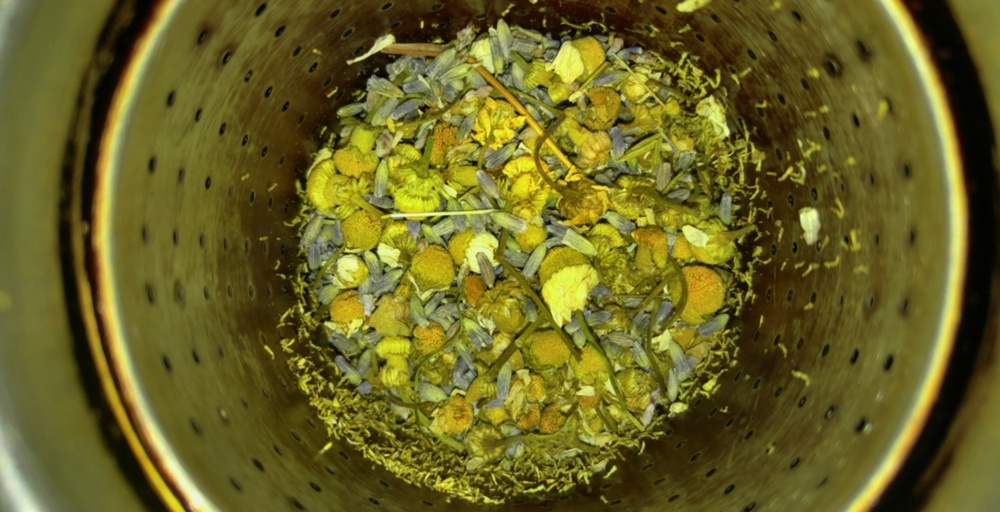 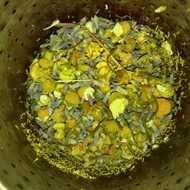 by Premium Steap
--
You

I blended myself using chamomile and lavander from Premium Steap. They do not sell this mix premade, although Premium Steap does make a Chamomile/Lavender/Mint blend in house which I have yet to try.

Night time, the snow stopped falling but its still chilly outside. I brewed up some Chamomile and Lavender and I’m feeling more relaxed all ready. Warmed from the inside. The combination has a mellow sweetness to it. I’ve never munched on hay before, but I imagine that if I were a cow, this is how a nice well kept fresh hay would make me feel. Flavors are mildly licorice, dark honey, musty. Less musty and bitter when the steeped at a lower temperature. At that point there is a really pleasant lemony flavor (I presume from the chamomile) and the licorice flavor becomes more of a fennel pollen flavor (still an anethole profile, but more floral, less earthy, still very light) Body is medium thin.
Steeped at 100C/212F a few nights and colder a whole bunch of nights. The cooler steep is definitely the way to go for me. For the colder steep I poured boiling water into my mug, with the empty (for life) steeping basket in there, and let it hang out a few minutes before filling the basket with herbals and pouring the water back to the boiling pot and then starting the steep. That is my long drawn out way of saying, I don’t know what temperature I brewed it at. Nor do I know the amount of flowers I used, unless you want to consider, 3"diameterX1.5"height of fluffy chamomile flowers w/ just enough lavender on top to cover the chamomile, an accurate measurement. I steep somewhere between 5 and 10 mins. Second steeping the same as the first, and very similar result in flavor. Just slightly milder.