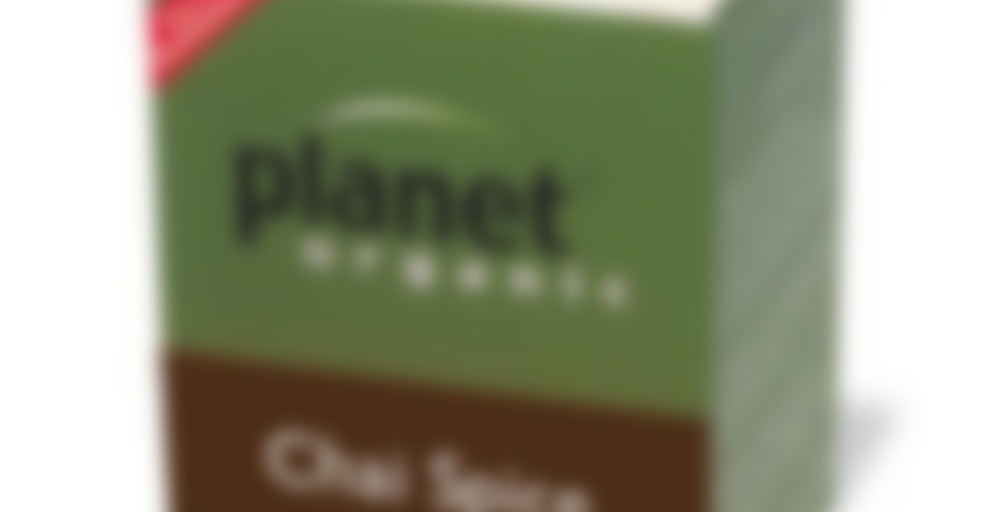 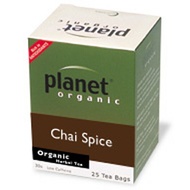 by Planet Organic
67
You

Planet Organic Spice Tea is a blend of certified organic black tea and organic spices. A lively, sparkling tea in the true traditions of the orient.

Use one tea bag in cup or per person in pot. Add fresh boiling water and allow to infuse for 3 to 5 minutes.

Really nice strong spicy black tea with a serious top note of cloves. Some people have commented that it smells funny… but I love it. My favourite tea-bag chai blend. Absolute fave. I have to go to the local organic hippie shop to buy it usually but I do that, and I would do more just to get this tea. My only sorrow is that it’s always running out so fast!

Funny, someone else said it was watery and tasteless… but maybe they didn’t brew it long enough. It likes to be steeped longer than I would steep a loose-leaf. Maybe up to 4 minutes?

I picked this up the other day as I was desperately looking for something new to try amongst the limited range my grocery store stocks .. Went home and excitedly brewed the tea a tad longer than directed on the packet as I love a strong Spicy Chai .. Took a sip and blech, watery and flavourless :(

I stirred in a teaspoon of raw sugar which brought out the cloves (of which it smells strongly), but that was it, no other spices or tea .. By this point I wasn’t sure I would be able to drink it so I continued adding – milk, more sugar, chocolate, cinnamon, until finally had a palatable cup of tea .. I have to say though, it took a lot of effort to get there!

I tried this again twice more the following day, brewing at double strength, bags torn open, in milk, with honey, and a whole variety of other things thrown in, but it just doesn’t do anything for me .. Hence the rest of the box will be left in whatever communal kitchen I’m next at – probably my kids school teachers lounge, where hopefully others will get more joy from it than I did ..