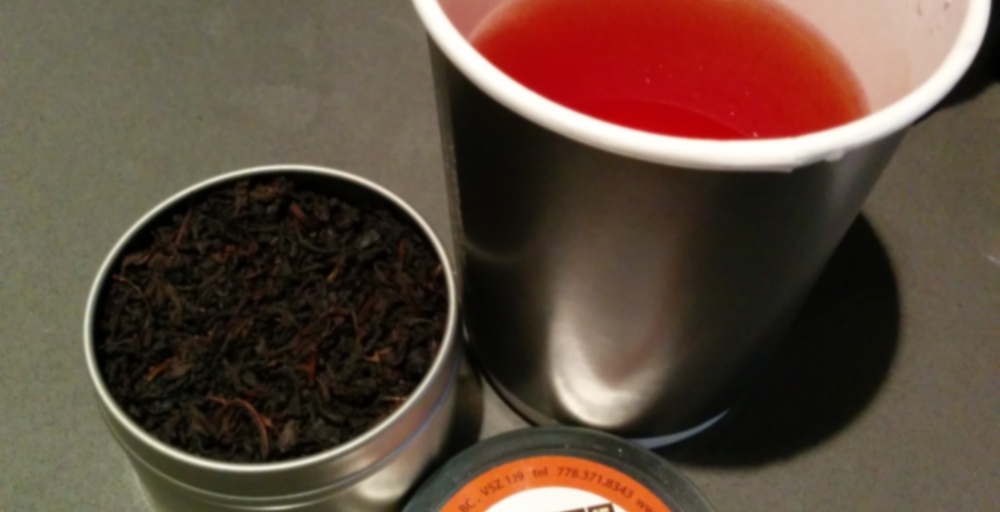 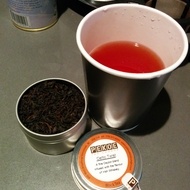 by Pekoe Tea Lounge
74
You

A fine Ceylon blend infused with the flavour of Irish Whiskey.

I wish this tasting note were a more positive one, but it’s the only tea I had all day because of work, so it’ll have to do. Even changing up the steeping parameters I wasn’t a fan of this one. The base is too astringent for me, and I actually got more chocolate notes than anything else. I got a very tiny hint of the whiskey I’d expected in one sip early on, but the base was overwhelming and not too pleasant either, drowning any sort of whiskey flavour that might have been lurking. I drank it black and struggled to finish it.

Congratulations, Nattie! Time sure does fly, doesn’t it?

I was staying in the area for a follow-up appointment with a doctor at Vancouver General, and this place was conveniently two blocks down both from my hotel and the hospital. It was earlier afternoon and I hadn’t had lunch so I ordered a slice of quiche and a pot of this tea. I love how they serve the tea in a little french press and you get to choose from a collection of pretty teas cups to drink your tea out of.

The quiche was decent, if not spectacular, but the tea was wonderful. It had a nice Ceylon base that complimented the oaky-peaty flavour of the whiskey. I had the first cup plain and the rest with milk and found that I enjoyed it equally both ways. Next time I’m back that way I’ll definitely buy some of the loose leaf tea.

A sample from Miss B. This has got to be one of the more intriguing teas I’ve tried in a while, and I think only the second whiskey flavoured tea I’ve ever come across. I used 1 tsp of leaf, and gave it 3.5 minutes in boiling water. When I returned to the kitchen I really could smell whiskey, so it’s probably a good thing that I was the only one around at the time. There might have been raised eyebrows, given the conservative nature of the office I work in. I don’t need shock and scandal with my tea on a Friday morning, thanks. It had brewed up pretty dark in any case, so I added a splash of milk.

To taste, it’s actually pretty nice. It’s a lot less harsh in flavour than I was expecting, given the scent. The whiskey is very prominent, with oaky, grain-like notes, and it lingers in the form of a delicious warmth – almost a glow – in the aftertaste. The base tea is smooth and very lightly malty, with maybe just the tiniest hint of citrus. It works really well with the much stronger whiskey, creating a very mellow vibe overall. I’d seriously consider keeping this one around, especially during the winter. A surprise hit!

I prepared this tea without looking up what the name meant. After reading this information, I can only agree: one really taste the whiskey barrels. Be careful to not make the first steep too strong (the tea has a strong taste), like I did, because there was some harshness to the taste, which disappeared in subsequent steepings.

missB sent this one my way. it’s an intersting tea…not really sure how i feel about it. I think i’m landing on the side of, thanks but no thanks… this has a quite distinctive taste…and i’d argue that once it cools a bit, it does start to taste more like a stronger alcohol…which, lets be honest, if i’m going for that, i might as well drink the alcohol! still, a unique tea to try. thanks missb!

Hm. Much better cooled than hot. The whiskey flavor comes out more, although it did get slightly bitter cooled. Hot, it was just a plain black Tea. Still nice, although I think I prefer O’Connor ’s Cream.