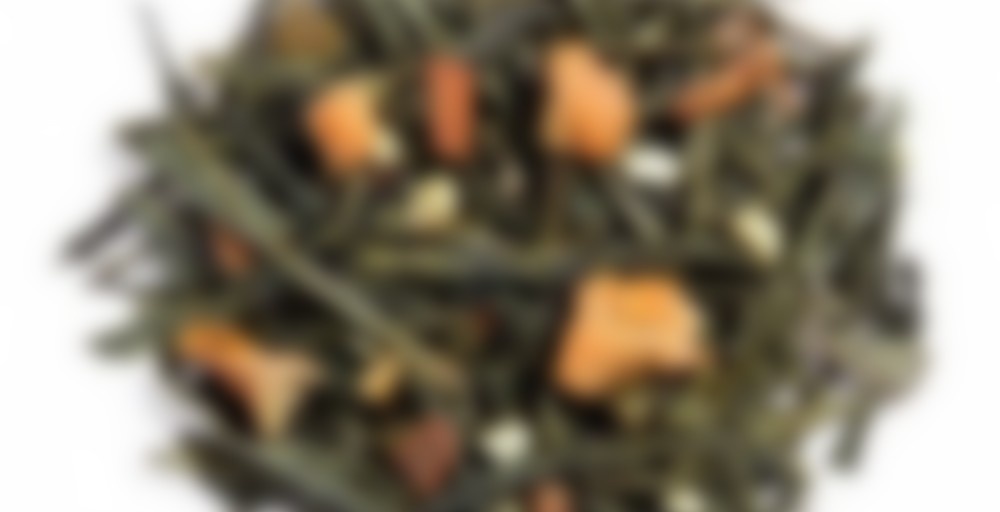 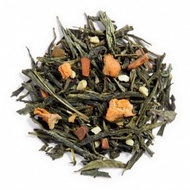 by Palais des Thes
63
You

Rich and sensual, Thé des Amants Green Tea, the new green tea version of Thé des Amants, is a voluptuous and fragrant blend of green tea, apple, almond and cinnamon, spiced up with a hint of ginger.

This tea has a less pronounced cinnamon note than Thé des Amants (black). The green tea brings out the fresh, fruity bouquet.

Another Mystery Tea that we’ve never had before, and yet another free sample received with my massive order earlier this year. This one has apple, almonds, cinnamon and a little bit of ginger in it, and I chose something green for the Mystery Tea based on the inspiration in the wake of Genmaicha earlier today. (The boyfriend wasn’t too keen on that one, by the way)

I’m not too interested in the cinnamon aspect of this one. Cinnamon is great in food, but I’m not very fond of it in tea. And ginger… well, I don’t like ginger. As a matter of fact we got to test a theory the other day while on our outing and no, I definitely do NOT like ginger beer. I looked a bit like the red face on the Steepster rating scale. Blech!

The apple and almond, however, now those are things that sound interesting to me. On the other hand, apple and cinnamon is a pretty classic combination.

In the dry leaves I could detect apple and spices, but no almonds and not really anything in the way of the base. After steeping it’s just spices with something sort of juicy underneath that I choose to interpret as apple.

The first impression I get on the sip is the bite of ginger. sigh I could really have lived without the ginger here. It’s the very first note I get and after that it sort of hangs like a cloud over all the rest of the sip.

Second up, following immediately after the first ginger spike, there is some apple and some cinnamon in what feels like more or less equal amounts.

It’s not until the end of the sip and the aftertaste that I really feel like I’m getting some almond. It’s not a lot and it’s not something I can really say for certain is almond. It’s more sort of the way my mouth feels after I’ve eaten them.

The green tea itself feels a little drowned out here. I couldn’t tell you anything about it if I tried.

I kind of like the idea of this blend, actually, with some reservations regarding the spices. I like the idea of the apples and almonds in a green tea together and I would really have liked to have tried that out without the cinnamon and especially without the ginger. As it is it’s rather too ginger-y for me.

I got an interesting blend, Wanderlust, which is precisely green tea (sencha, they do not say, but it is), with almond, apple and cinnamon http://steepster.com/teas/yumchaa/18634-wanderlust and it is one of those things I am loving more and more as I have it. (though it is dried apple taste, not a fresh, i.e. probably artificial, apple. It works wonderfully. And LOL; I keep saying this, but I do mean it honestly if you want to try, I would be glad to send you a sample!

Sounds like more or less the same, only without the ginger. I might be interested in trying that out. (Oh look, those yumchaa people again!) How strong is the cinnamon? I thought this one was relatively strong on cinnamon and would have liked it to be a bit less so.

The cinnamon is very light, I might not have even noticed it, if I did not knew it had it. It is a dried apple taste though – but I think it is the sencha which really shines, it all seems to add to the tea rather than disguising it.

This sounds really delicious, I must keep an eye out for it! (I love ginger, though I’m with you on being dubious about cinnamon tea)

50
Not Recommended
Cameron B.
2725 tasting notes

Hooray, this is my last untried Palais des Thés tea! I purchased a sampler that contained all three versions of this tea (black, green, rooibos), and found the black version to be a cinnamon tea, but quite liked the rooibos. So we shall see which side this one sits on! It’s another sencha base, and there are pieces of apple mixed in. Dry scent is pretty much just cinnamon candy.

The steeped tea also has a very sweet cinnamon aroma, reminiscent of red hot candies or those gummy cinnamon hearts/bears. Hmm… This basically tastes like a very mellow sencha base with a bit of cinnamon in it. And it’s not really candy cinnamon in the taste, it’s more like I’m eating ground cinnamon itself. Not terribly pleasant…