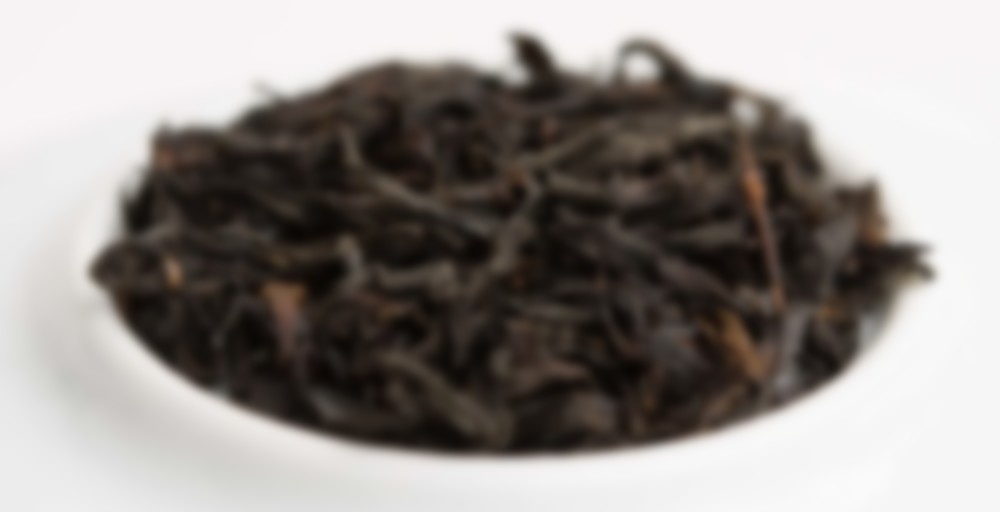 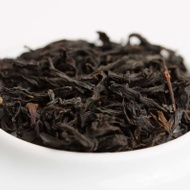 Known as yan xun xiao zhong in Wuyishan, this is zhen shan xiao zhong (similar to Old Tree Black Tea or the Wild Style Black Tea) that has been smoked in the traditional manner over pine branches to impart a smokey flavor.

The strong preference in the Chinese market is for unsmoked Wuyi black teas. Smoked teas have a “for export” connotation. Additionally, many Lapsang Souchong teas have an overwhelmingly strong or acrid smoke flavor.

I found out about this tea after hearing some family members remarking on how surprised they were by the quality. My cousin produced this batch in the mountains above Tongmu. The smoke flavor is strong, but clean. The first steep may give you the impression of cooking breakfast over a pine fire, but the smoke flavor quickly mellows out, and becomes well balanced with the sweetness of the black tea and mineral flavors.

Anyone who enjoys other smoked products should give this a try. The tea is quality and well smoked, but not subtle!

This was the tea I was rummaging around for to have as a follow-up to a breakfast of a lentil/garbanzo/quinoa patty sandwich and some tater tots.

The dry leaf smelled strongly of tar and cedar smoke. It wasn’t so strong that it was nauseating, though In fact I really enjoyed it. I’m a weirdo and love the smell of a house being re-roofed and the laying of asphalt. I was happy I picked this because it seemed like it was going to go well with the slight smokiness and spiciness of the paprika in my veg patty. The aroma of the first steep smelled moderately of cedar smoke and wood, leather, roasted almond skins and mineral. There was also an umami presence that my olfactories said was cheese, like a tangy and sweet, buttery aged gouda. I like.

The brew started out with a tasty layer of cedar smoke enveloping mineral lemon water. It had a good, light to medium body but also some astringency in the very front of the mouth along my gums which was kind of distracting. Some light bitterness presented in the back. The aftertastes hung around with notes of smoked meat, leather, cedar and a tartness.

I sniffed the leaves after the second steep. With the cedar smoke and leather, there was also a floral note, perhaps white or yellow rose. This didn’t come through in taste in the first few steeps and was likely masked by the smoke but it did appear in the third steep.

As I progressed through the rest of the steeps, the tastes stayed roughly the same. There was an addition of roasted peanut, and as I mentioned the floral note finally came through. The lemon tartness became stronger at the top back of the mouth and on the sides of my tongue. My mouth watered, helping with the astringency. A delayed light returning sweetness also appeared.

This didn’t blow me away, but I’m not really expecting that with a smoked tea. It was comforting yet clean and refined, without the smokiness bowling me over. Good longevity, too. I think it’s worth a try if you’re looking for a higher quality smoked black tea.

Okay, I’m getting around to posting this review way later than planned. I finished a bunch of tea samples from Old Ways Tea last month, and until now, I have yet to get around to posting any of them. I decided to get this one up here first simply because I have not reviewed a lapsang souchong in what feels like forever. As Wuyi smoked black teas go, this was a very good one, though I also doubt it would be the sort of tea a lot of people would want to drink regularly. That’s the thing about lapsang souchong-regardless of whether or not you enjoy it, it’s not really an everyday, all seasons kind of tea. It’s also the sort of tea that you either enjoy or you don’t, and if you have tried multiple lapsang souchongs and have yet to find one that you enjoy, there is no guarantee that you will ever find one to your liking.

Naturally, I prepared this tea gongfu style. I ended up buying a couple of small gaiwans from Old Ways Tea and decided to break one of them out for this session. After a very brief rinse, I steeped 5 grams of loose tea leaves in approximately 3 ounces of 194 F water for 5 seconds. This infusion was chased by 16 additional infusions. Steep times for these infusions were as follows: 7 seconds, 9 seconds, 12 seconds, 16 seconds, 20 seconds, 25 seconds, 30 seconds, 40 seconds, 50 seconds, 1 minute, 1 minute 15 seconds, 1 minute 30 seconds, 2 minutes, 3 minutes, 5 minutes, and 7 minutes.

Prior to the rinse, the dry tea leaves emitted aromas of pine smoke, tar, char, cedar, and honey. After the rinse, I picked up emerging aromas of roasted peanut, malt, and cinnamon. The first infusion then saw the pine smoke reassert itself on the nose. In the mouth, I surprisingly found gentle notes of malt backed by subtle impressions of cinnamon, char, cedar, roasted peanut, and pine smoke. Subsequent infusions saw the nose turn citrusy and spicy. Notes of cream, minerals, brown sugar, roasted almond, and toast appeared in the mouth. I also noted the belated emergence of a slight honey flavor in the mouth as well as hints of chocolate and orange zest. The pine smoke notes were somewhat more prevalent on these infusions, though they remained much more restrained and sophisticated than the nose would have led me to expect. The final infusions offered lingering mineral, malt, and pine smoke notes backed by fleeting touches of cream, roasted nuts, brown sugar, and orange zest. A cooling menthol-like herbal impression also showed itself on the swallow.

An impressive, sophisticated, and surprisingly restrained lapsang souchong, I am willing to bet that fans of such smoked black teas would find a lot to enjoy in this one. My only real complaint was that I felt that the smokiness could have been a little more pronounced throughout, but for those who prefer a lighter smokiness in such teas, I am sure that will not be a complaint at all. Those who hate lapsang souchong will probably not be converted by this tea, but I found it to be very enjoyable. I would not want to have it every day, but it did make me hopeful that Old Ways Tea will soon bring in more smoked black teas for me to try. Judging by this one, I am certain that any future lapsang souchongs they source will be worthwhile.

I hope the others black teas are up to par for you. I am still surprised how impressed I was with the Grass and Honey fragrance blacks.

Daylon, I have both the grass and honey fragrance black teas, but have yet to try either. I enjoyed both the 2016 and 2017 old tree black teas. The 2016 product was fantastic, and I recall being impressed that it had mellowed without losing any of its complexities. I also loved their 2016 wild style black tea, which was actually a purple bud black tea. The only one of their oolongs that I recall trying was the 2016 Hua Xiang Shui Xian. It was very good, but at one point, I recall thinking that, even around two years out from production, the roast could have used a little more time to settle.