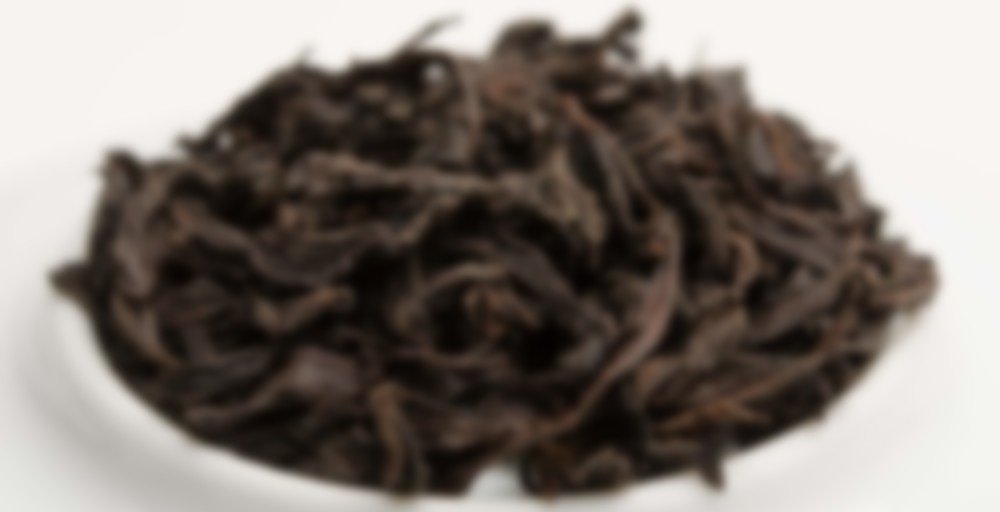 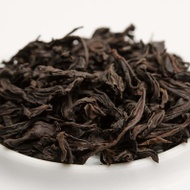 Dahongpao is central to the vibrant tea culture of Wuyishan. Visitors are often related the tale of how dahongpao came to be. There is an excellent show to watch called "Impressions Da Hong Pao which tells the story in an unbelievably spectacular fashion.

For a tea drinker, what is dahongpao? This name means many different things to different people and may seem inscrutable.

At its base and to the tea farmer, dahongpao is a name for a mix of teas that represent a balanced impression of what Wuyi tea should be. This is one such mixed tea, and I believe a fairly good and cost effective one at that. The material is from my family’s farms and has been blended to achieve a balanced flavor. This tea is not too picky about brewing parameters. It does not seem to get bitter fast and develops a good mouth feel in short and longer brews. The 2015 roast has had time to settle and can be enjoyed now.

This is a very smooth yancha with a nicely settled roast. Its aromas remind me of toasted coconut flakes.

This is a solid DHP. It has rested long enough that the roast is neither sour nor overpowering. Aroma is roasty and sweet. The flavor is mostly nutty and sweet. There is a slight sharpness in the front of the sip, sort of a walnut astringency. The finish is moderately complex, with almond, dark chocolate, walnut, or toffee notes competing for primacy depending on the steep, though most fade to a dry cocoa which lingers in my mouth for a couple minutes after the steep. I also detect slight spice notes, perhaps clove or nutmeg. This DHP is a solid offering which has me looking forward to trying Old Ways’ more aged DHPs.

I took notes for about half this session then came to visit this tea’s page. Upon reading eastkyteaguys’s note, I realize I have nothing new to add. His review is very comprehensive as usual. I find this tea very aromatic and tasty, much like eating a lightly spiced dark chocolate bar with walnuts, caramel and red fruits while sitting on a boulder in a cedar forest. It induces a very calming, reflective and open energy. Love me some well-blended Da Hong Pao. Good news: according to Old Ways Tea’s website this tea will be restocked. Give it a try. It’s good.

Don’t read below this if you don’t want to read some rambling.

So glad to be leaving San Francisco. Too much hustle. Since the mothership landed in California almost 9 years ago, I’ve made a continual northward migration. Hopefully I will end up at my school of choice next fall which is still higher in latitude than where I will be moving. I live in a neighborhood that highlights the economic disparity of this city, adjacent to both the government center and high-end international retail shopping. A lot of rough times here. We have our problems with drug use and open-air dealing, serious mental illness, lack of bathroom facilities for the homeless and car break-ins but I have come to love the grit of this neighborhood. It does have its charms. My building is full of immigrant families and long-time residents who have been so kind and respectful in my 5 years’ stay here. I find some of the denizens of this neighborhood less fortunate than myself to be charming human beings who have simply fallen on hard times. People are watching your back for you here, though honestly, with some learned awareness, I never feel unsafe. I’ve had philosophical conversations on the street with people high on crack. I’ve given random hugs, helped handicapped people cross the street, covered up people with a hoodie or blanket if they were passed out on the sidewalk, called 911 on people who have overdosed. Last Christmas, a homeless services agency was handing out gift bags and as I was walking by, the recipients pulled me into their group for a random photo and cheer. The things I talk about are not about me taking pride in my acts but rather they’re me reflecting that I’m not the only one doing these things. There’s a lot of really ugly shit going down here but also a lot of kind-hearted people trying to keep it from getting worse. It’s been a good stay here but the strife has definitely taken its toll on my psyche. I yearn for less hustle, easier access to nature and a place where I can let my cat outside (she deserves it, good old girl).

What I find crazy is that I gave my notice to vacate a week ago and already yesterday somebody put in an application on my apartment without even viewing it. There will also be an open house tomorrow. Finding housing in this city is no joke.

Please forgive my rambling. Some teas make me do that.

I think only through hardship, people’s character comes to the surface. There’s also a strange and deep connection one builds with others when collaborating with others to solve real world (you could say existential) problems. It’s so worth it, and I think instrumental from an evolutionary perspective.

I’m kind of surprised that I am the first person on Steepster to post a review of this tea. Like many of the teas marketed as Da Hong Pao on the market, this is not a single cultivar tea, but rather a blend. While Qi Dan is traditionally accepted to be the cultivar used in the production of so-called authentic Da Hong Pao, many others are used as well due to the rarity and expense of Qi Dan Da Hong Pao. Off the top of my head, I know that Rou Gui and Shui Xian are sometimes marketed as Da Hong Pao. Many producers, however, utilize a blend of cultivars to approximate the character of classic Da Hong Pao. These blends are often referred to as commercial Da Hong Pao and are designed to place the experience of one of the rarest and most sought-after Chinese teas in the hands of the average consumer. This tea, like so many, was a blend of oolong cultivars that had been charcoal roasted in order to approximate the experience of the primo stuff. I’m not sure which cultivars were used in this particular blend, but I can safely say that as blended or commercial Da Hong Pao goes, this one was pretty great.

Prior to the rinse, the dry tea leaves produced aromas of cedar, cinnamon, nutmeg, allspice, dark chocolate, and raisin. After the rinse, I found new aromas of roasted almond, char, smoke, prune, and fig. The first infusion then introduced hints of coffee, pomegranate, roasted walnut, and black cherry to the nose. In the mouth, the tea liquor presented notes of cedar, cinnamon, dark chocolate, allspice, raisin, smoke, char, roasted almond, and coffee that were backed by hints of roasted walnut and tobacco as well as a lingering caramel sweetness. Subsequent infusions saw vanilla and tobacco appear on the nose. Stronger notes of caramel and tobacco appeared in the mouth along with belatedly emerging notes of black cherry, nutmeg, fig, and prune. There was a pomegranate presence too, but it was very faint and did not make a point of sticking around long. New impressions of minerals, rock sugar, vanilla, grass, and roasted carrot also appeared along with a subtle creaminess. The final infusions offered notes of minerals, char, cedar, cream, rock sugar, and raisin that were balanced by notes of roasted almond, vanilla, and tobacco.

This was a ridiculously deep and complex Da Hong Pao blend that demonstrated respectable longevity and balance to go along with very nice texture in the mouth and a highly unique profile. Though it now appears to be out of stock, it was a steal at $0.26 per gram. I have long thought that some of the commercial Da Hong Pao blends get a bad rap, and I must state that this one did nothing to persuade me otherwise. I will definitely be on the lookout for future DHP blends from Old Ways Tea.