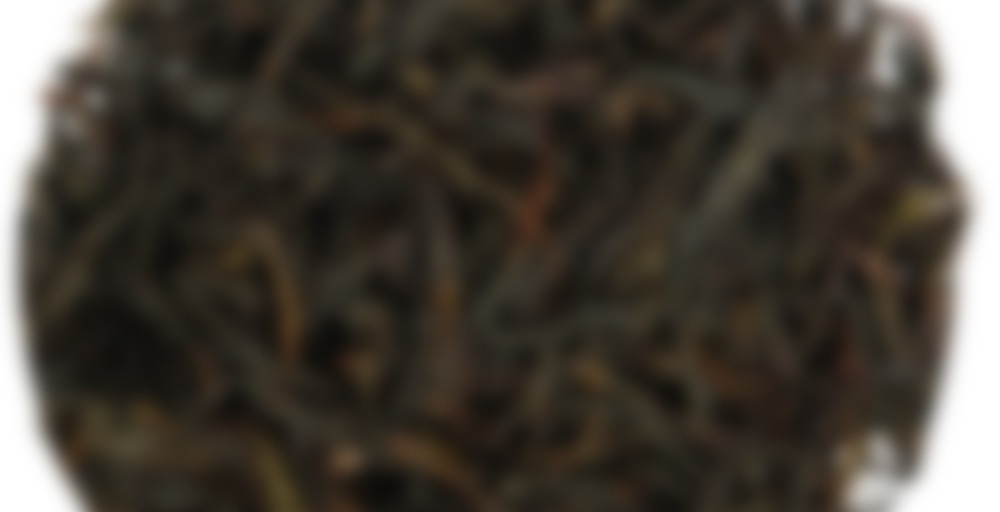 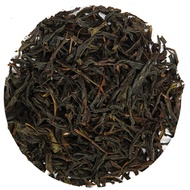 by Nothing But Tea
78
You

This is a high quality handmade oolong from China. Also known as Phoenix Bird oolong.

This tea is an absolute delight, from the large black leaves to the complex aroma of the infusion which is a lovely golden yellow liquor, with a delicate woody, fruity taste. Sublime.

This is the last dark type oolong I own, I think. The Bai Hao is sorta dark but not really. I feel that’s more an inbetween thing as it doesn’t look completely jade-y but it has a lot of taste qualities like a green one. I also have another one from Teaspring, and would you believe, at the moment the name of it completely escapes me… But it’s a properly dark one and I took it with me to work. I expect that my boss will have used it all when I come back. (Note, I don’t mind this. If I take tea with me to work, it’s not so that I can have it to myself. If that was the case I’d let it stay at home. She has free reign over my work tin at any time. (Note to self, figure out what to have at work when I come back in a week)) But anyway that one had cocoa-y notes and when it cooled down it was a bit like getting a mouthful of watered down chocolate milk.

Anyway, no matter what it’s called, I can look that up afterwards. It’s what I will invariably be comparing this one with.

The leaves looked very much the same. Long and straight and nicely brown. They didn’t have the same cocoa-y notes to the aroma though. After steeping for an indeterminded amount of time and pouring I’ve got a very strong cocoa aroma that makes me wonder if maybe this and the work tin are perhaps the same oolong type. This one seems more cocoa-y though. There’s also something sort of vaguely fruity. No clue what kind of fruit it is, it’s just a sweet undertone.

Okay. Ahem. A bit oversteeped here. Ah. Uhm. Ack. Eh. That gives it a slightly bitter and somewhat sour flavour that makes it rather difficult to discern what else might be there. A little sugar took care of that. Of course it taints the flavour but it’s as good as it gets and let’s face it, it’s oversteeped, it’s already tainted.

For a proper post about what the tea is like when brewed properly, we’ll have to turn to the second steep. And I hope I don’t butcher that one as well.

Still rather cocoa-y aroma, but the fruit-y-ness is much more pronounced. It seems a little watered on this steep which is kind of ironic considering how the first steep turned out. I think maybe the leaves are a little… overworked.

I’m trying to imagine a middle road here, and failing. What I actually do get in my head is that this is okay, but the one from Teaspring is better.

I love phoenix oolong! It has slowly become my favorite oolong. I’ll have to check out this Teaspring one when you figure out the name :)

I made a mug of this with a moderately-heaped teaspoon (it’s one of those long, straggly teas – difficult to spoon out accurately) steeped for two and a half minutes with water that had been left for several minutes to cool (the instructions are for 80°C and two to three minutes).

I thought at first that I’d brewed it a bit weak as it was very pale in the mug – rather like a green tea – but there was a quite pronounced aroma to it: somewhere between good soil, rotting wood and freshly ripped-up cardboard. There may have been a hint of chocolate just on the very edge of my sense of smell.

The very first word into my mind on tasting it was ‘satisfying’ – as in that advert where someone sips the tea, goes “Aaah!” and relaxes back into their chair. It had good basic tea flavour, earthiness, an Oxo-like meatiness and a bright, fruity element that I can’t quite pin down, but is somewhere between cherry, grape and, possibly, liquorice. Again, I thought I detected just the tiniest hint of chocolate.

I really enjoyed that mug – complex, satisfying and relaxing. Having said that, I can’t really say the same about the second and third brewings. The tea is described as suitable for multiple infusions and I made two more mugs, brewing exactly the same way, with the same tea. I don’t really know what’s going on here: the second and third mugs had all the same elements as the first, perhaps with the chocolate being a little more noticeable, and I couldn’t detect the third as being any weaker than the second; but they were both definitely weaker than the first, especially the aroma. The result was that they didn’t have for me that mellow, satisfying thing going on.

ETA – I forgot to mention that with the third mug I thought the fruity element was developing a touch of bitterness.