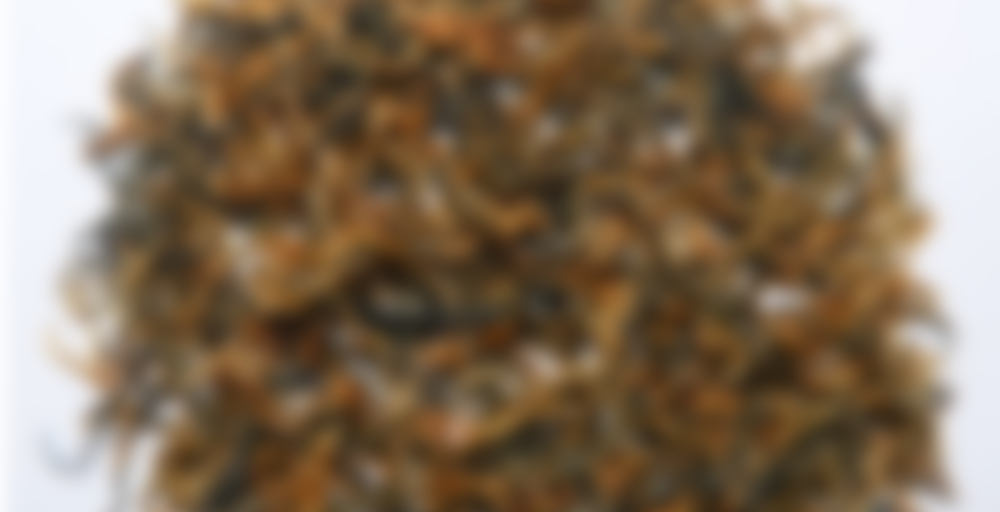 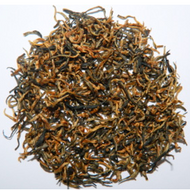 by Nothing But Tea
76
You

Golden Monkey is grown at high altitude in the south of the Yunnan province. It is comprises many golden tips and has a fine balance of flavours. Dark orange/brown liquor yields a rich fragrance and a spicy taste with flowery accents. If you enjoy Yunnan and Golden Hook you will also enjoy this tea.

Brewing advice: one teaspoon per mug, add fresh boiling water and steep for 2-4 according to taste.

I had another free sample of this (NBT were very generous last year – many thanks to them), so I thought I’d do another note and try to properly get to grips with it. As with the last one, I made this brew with a heaped teaspoon, boiling water and three minutes’ steeping. Didn’t work though – it’s just as elusive and challenging as last time.

In the nose I – at different sniffs – got all the same stuff as last time – good basic tea, grass, pizza dough, butter, boiled cabbage. I even, at least once, got a definite hint of Christmas pudding! But they’re always the olfactory equivalent of fleeting glimpses – at one point I was leaning over the cup and got a strong whiff of good, old-fashioned basic tea; picked up the cup and held it to my nose and got something quite different. It’s a very, very elusive aroma to try to describe.

The flavour is the same. On the first couple of sips I had a touch of buttery, sweet biscuits and that seems to be the one constant note; but, other than that, again there are the fleeting little hints coming and going – just the tiniest hints, but – dried fruit, green vegetation or grass, a spicy hint, even a touch reminscent of the smell of hand-rolling tobacco.

I made a second infusion the same way and, just like the last tasting note, I couldn’t detect any difference to the first one.

On the one hand, as someone wanting to write a tasting note, it’s rather frustrating not being able to pin down a handful of definite and constant flavour-notes. On the other hand, turning my brain off, as it were, and just sitting back and drinking it, it’s a rather enjoyable tea.