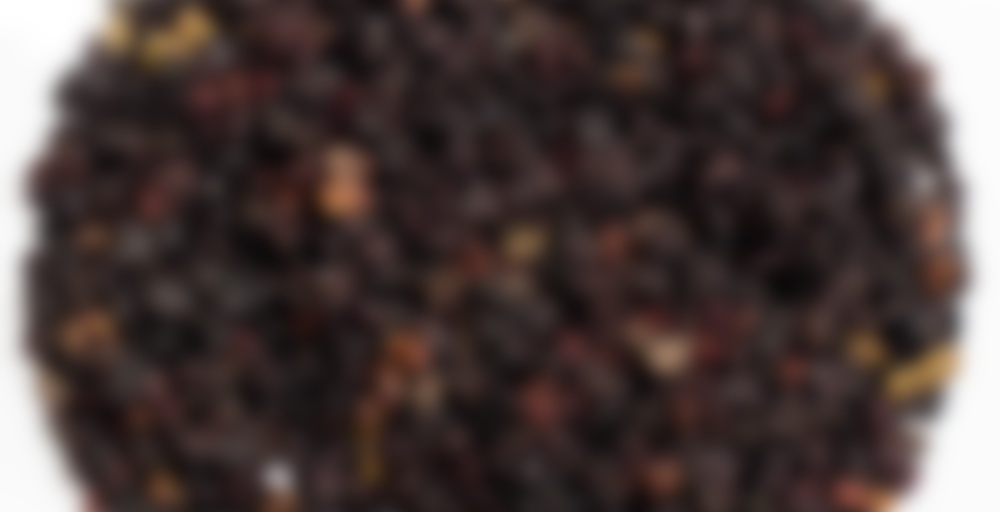 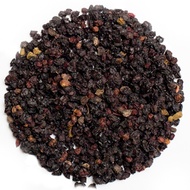 by Nothing But Tea
75
You

Elderberries are the fruit of the Black Elder (Sambucus nigra) traditionally used around the world in drinks and medicinally. The Native American medicine men described the fruit as “strengthening the inner warrior”. Recent studies have lent weight to this belief showing distinct benefits of elderberries in rapid recovery from colds and flu.

For tasting, 2.8 grams of elderberries were steeped in 140ml water at 100⁰C in a half size tasting mug for five minutes.

Summary: this tisane is simple and unfussy, for those with a sweet tooth it would take a little honey to advantage. And its alleged strengthening of the immune system is not to be sniffed at!

Dear foreigners! Have you ever had elderberry soup or is that a German and Scandinavian thing only? When I saw that I could by dried elderberries to use as a tisane, elderberry soup was the first thing that popped into my head. Elderberry soup is a treat for dessert in autumn, I think. Piping hot, and possibly with a scoop of good quality vanilla ice cream. Clearly then I had to try this.

That combined with the fact that I can count on one hand the number of times I’ve seen elderberries (or elderflowers for that matter) in conjunktion with tea or tisanes. I don’t know why it’s so rare.

I went in to ask Husband if he also wanted to try a cup and he gave me a thumbs up sign before I had the chance to tell him what it even was. So we shall see where that bit of bravery will take him. Or foolhardyness, possibly. We shall see.

The berries are just berries. No leaves, no additives, no nothing. Just berries. They smell a bit like dried cranberries, actually, but then again elderberries do have that same sort of tartness to them.

After having been steeped, the aroma is elderberry soup alright, although it’s obviously not as viscous as the soup. It’s not quite as violently purple either which I have to admit came as a slight disappointment to me. Half the fun of elderberry soup is eating something with that colour.

The flavour is much milder than the soup too. I admit I was a bit worried, because if it was as strong as in the soup, it might get to be a bit much pretty quickly. I like the soup as an occasional treat, as mentioned, but I can only eat so much of it at the time before it gets to be too much.

I don’t think there’s any danger of that with this tisane. It’s quite mild and pleasant. Fruity, slightly tart and kind of semi-earthy in flavour.

You know, I really don’t understand why this berry doesn’t get used in flavouring tea! To me a strong flavoured berry like this seems totally obvious to flavour things with. With the amount of flavouring that comes out of these dried berries alone, however, it should be totally easy to make my own. Any otherwise dull tea should be spruced up considerably but adding a spoonful of these to the leaf. Elderberry soup usually has apple in it as well, so an apple flavoured tea without probably be awesome to use as well.

I’m not sure I would buy these again, just to drink them on their own like this, but I could totally see myself buying a small stock to experiment with mixing in other teas.

I have not heard of elderberry soup. Wine, yes, soup, no.

Funny that, I hadn’t heard of the wine. :) I’m not surprised that it exists, though. :)

I got, well had because i finished it (but would rebuy) a tea with elderberries, Yumchaa´s (I keep getting to this theme with you! only you somehow) Walk in the Woods http://steepster.com/teas/yumchaa/17306-walk-in-the-woods a lovely one IMO. not sure if I still had any when i sent you some samples, so not sure if I sent it to you. It is a sort of would-rebuy for me, but not right now, am working on decreasing stock (ah!)

Oh that’s interesting. I believe that doubles the amount of teas flavoured with elderberry that I’ve ever seen. :p I’ve put it on my shopping list, but I’m having to be slightly careful with non-necessary purchases these days.

I’ve had elderberry extract—my husband’s mom and grandma swear by it for winter flu prevention, and do a tablespoon faithfully each day. I like it, so this sounds quite good.

I am very fond of Walk in the Woods – but am trying to finish lot of teas I got standing and also be careful. In a way 99% of the tea I buy is non necessary, but now and then need to get some new things – but before I must use what I got!

eldeberries are lovely indeed. I also got a 5 red fruits oolong ( which I might prefer to your raspberry oolong and be the reason why I did not fell in love head over heels with it) where one of the berries is elderberry. I agree eldeberries are underused in tea.

Gmathis, I’ve head that about elderberries too. I mean before reading about it in NBT’s info.

Cteresa, if I am to be completely honest, I think I’m getting close to being finished with the raspberry oolong for a while. I’ve kept it constantly at home for a long time now, and we’ve also got a tin at work. The work tin is really enough to suit my needs these days. On the other hand, Husband appears to have discovered it and has chosen it twice now in a relatively short time, so I might change back to finding it indispensable. :) But if I was out and ordering tomorrow, I’d probably skip it this time.

A break is good sometimes, even from your favorite staples. Sometimes you are not outgrowing them and just end up appreciating them more when you come back to them. Maybe that will be the case, dunno! I think the idea of red berries and oolong is a winner for sure for me :)

gmathis, ricola makes some elderberry throat lozenges which are just lovely. effective as well, though not sure if quite as effective as their plain yellow original ones which sadly do not taste quite as good. But oh well, medicinal things are often like that!

I had some elderflower ones from ricola, but those weren’t very effective compared with the regular sort. I have to say though, I do also like the regular sort, because they remind me of “kur-a-kof” which we sadly can’t get in Denmark any more. Those really worked for me! These days I swear by the blue Fisherman’s Friend. I like the licorice ones best, but I use the blue ones because the others I tend to wind up eating like sweets. They taste too good. :) That’s also the reason I never buy the flavoured Strepsils.

Oh, ok, now that is a useful tip! I will go and check Fisherman´s Friend now (and not even tempted by liquorice, so that will be easy. I tend to consider liking liquorice or salmiakki a northern perversion :p )

good, if you had given him salmiakki without warning he might have not have forgiven you. Salmiakki shudders

Husband is English and he had never heard about it before either. I’m not sure he had ever actually had elderberry in any form before really. His mother makes a lot, if not the vast majority, of the jam they eat herself and that has always been orange-y that I’ve seen.
Elderflower cordial has become quite popular here in the last couple of decades.

Oh, I didn’t know that! Then again I only know elderberry jam because my friend’s family lives in the countryside and can make these things themselves. I meet a lot of Dutch and Belgian people who are big fans of elderflower and always try to stock up on products when they come to England…

Perhaps they have a tree? I’d love to have fruit trees! I have requested fruit trees for if/when we get to the house-buying stage. Some time yet, but really. I could save a lot of money just by having a good apple tree!
Coincidentally, I just remembered that I’ve got an elderflower tisane here as well. I’m expecting even more from that one than I did from this one. In fact, I’m almost afraid to try it. I really really don’t want that one to be disappointing.