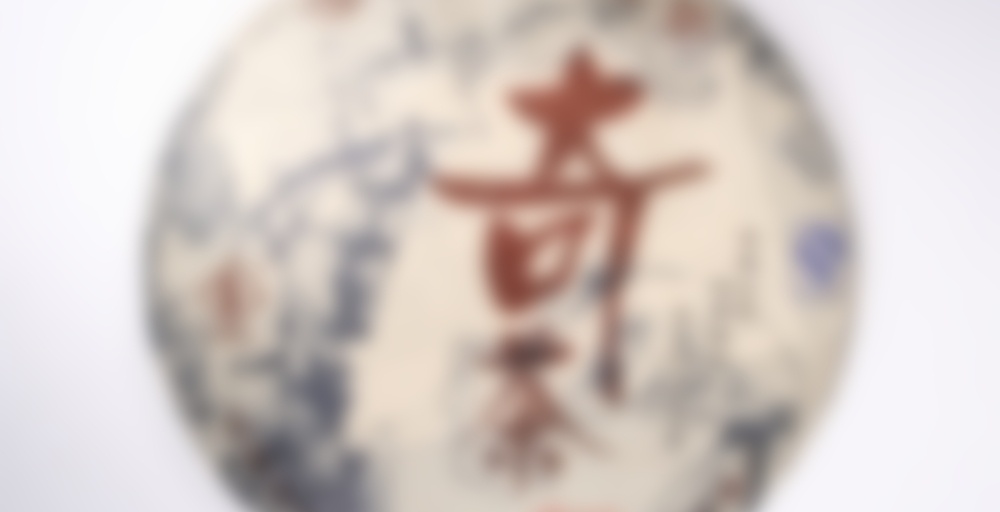 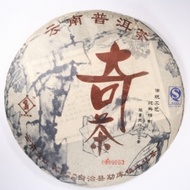 ‘Qi Cha’ literally translates as ‘Strange’ or ‘Unusual Tea.’ This unusual tea cake is composed of blended wild arbor tea from the area around Yong De County in Lincang Prefecture of Yunnan Province. The factory considers the exact growing area to be a commercial secret, so all they were willing to divulge was that it was grown at an altitude of 7,500 ft somewhere in the Yong De area.

What makes this tea so unusual is the flavor profile. To me, this tea tastes like a mix of Dian Hong (the famous Yunnan black tea) and Pu-Erh. I had a very puzzled reaction to this tea the first time I tried it because it really does not fit into just one flavor category. The soothing malty sweetness of Dian Hong comes through more prominently in the first steepings with a mild raw Pu-Erh type flavor in the background, while the later steepings have less of the Dian Hong and more of the Pu-Erh. This tea has mellowed a fair amount in the 18 months or so since I first tasted it and has become smooth and delicious with a pleasant and slightly drying astringency. The large tea leaves are an attractive dark color, and the steeped liquor is deep golden amber. This is one tea that really does live up to its name!

Wooed by oolong’s song I once strayed from the puerh way.
Camphor and indigestible vegetable fumed frustration and dismay.
Reoriented by a strange tea’s measure, I have now returned to the treasure
Of Sheng Cha. Oh happy day!
LOL

Really, though, I had stopped drinking young raw puerh for a while. I had become confused by camphor and raw vegetables. I just didn’t know what I was looking for. The famous astringency had turned from interest and complexity to unpleasantness for me. In order to recalibrate I decided to focus my green cake puerh efforts on teas from two trusted vendors, Hou De Asia and Norbu, with two teas from the same year, 2006 — enough time passed to have mellowed out the teas a bit but recent enough to still be considered young. These two teas have led me back to the true path of sheng cha.
Both teas are from famous puerh growing region of Yunnan. The mountains of Yiwu (site of Hou De’s tea; please see my notes on that tea), are in Xishuangbanna prefecture in the very far south of Yunnan. Yong De County in Lincang prefecture (Norbu’s tea), is 500 kilometers across the mountains, north and west. I feel certain that someone who really knew the geological and climatic differences and similarities of these places would find a nuanced terroir or sense of place in the teas. I, however, can only pretend.
The first infusion (after a single rinse) of Norbu’s “Qi Cha” yielded a very pleasant taste that seemed a combination of bamboo shoots and sugar cane with just a hint of the presence of something else — woody, maybe balsam? Not the needles, not piney; rather more fragrantly woodsy, like the bark of the tree perhaps. The tea has a nice long oval shape that makes an arc from the back of my throat across my palate to the tip of my tongue, not spreading out much to the sides. Second infusion, yes, definitely woody and sweet underneath. I wonder if what I’m tasting is what Norbu calls the malty taste.
Maybe it’s just the season but I definitely feel a wintry festiveness in this tea — not quite jingle bells, but still… I think this shall be my holiday tea this year.
The spent leaves a surprisingly intact, given that I was working with a small sample, with some large, juicy stems and white streaks. I here pledge to stick with small-batch sheng cha. And I like the idea of “wild arbor” tea, but I must find out what that actually means.