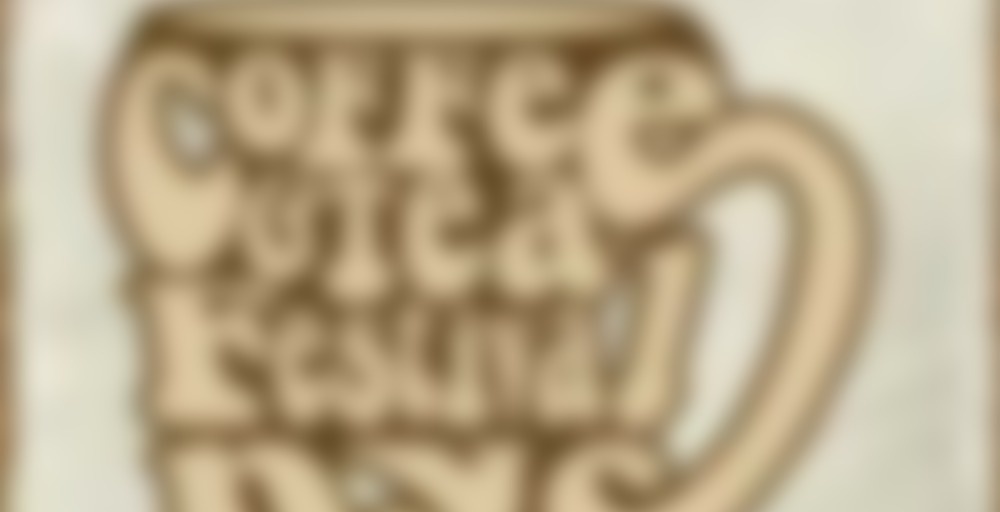 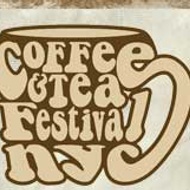 Open to the public and the trade, New York City is gearing up for another great show for 2010, the 5th Annual Coffee & Tea Festival NYC. Selected as one of the 10 Best New York Events in April 2009, this international extravaganza will be held on Saturday and Sunday, February 20th and 21st, 2010 at 7WEST (7 West 34th Street, New York, NY 10001).

The event will offer two days of programming including classes/lectures/demos from well-known industry pros and pioneers. Chocolates and sweet treats will offer a wonderful compliment to the spectacular collection of coffees and teas.

Come join us for a cup!

Jon and I attended the Coffee and Tea Festival today in NYC! I wanted to write about it, but didn’t know how to do so. I mean, we tasted such a huge variety of tea, but didn’t have enough to form completely valid opinions about everything. So I figured I’d do a little write-up about what the event was like, who was there, what was worth tasting, etc. I seriously took notes. Because we had SO MUCH FUN.

BEWARE THIS IS LONG RAWR

So we walked into the convention center, took the elevator up to the 11th floor, and the door opened to… tea and coffee everywhere! Seriously. Woah. The whole thing ended up being a lot smaller than we both thought it would be, but it was still full of stuff to taste. Please note, I only had extremely small, half-Dixie-cup-sized proportions of these teas. So that’s why they’re not getting individual ratings. Also, a convention floor isn’t exactly the best place to brew proper tea and drink it either. Just a disclaimer. That being said…

The first company that Jon and I stopped at was Rishi. I’m a fan of theirs, so I wanted to see what they were steeping up. They were serving their Organic Silver Needle, and a Masala Chai made from a concentrate that if I heard correctly, is going to be sold exclusively at Whole Foods. Their Organic Silver Needle is probably the best that I’ve had. The flavors were smooth and sweet and delicate, with a bit of a savory finish. Nothing too vegetal or green-bean-like, like I tasted out of Harney’s SN. Really stupendously smooth and refreshing. Their Chai was actually very delicious as well. It was served with soymilk, and even though the flavors were a bit more hyper-concentrated than I think would have typically been found in chai, the taste was just there. I still prefer the stovetop method, and I like my chai hot (this was cold), but this would be amazing in a jiffy.

Later, Rishi served their Golden Yunnan, which I loved as well. There was an almost caramel, sweet potato taste to it. A bit brisk, but really very delicious. The girls at the both were absolutely great. We ended up talking about the magic of Rishi’s Purple Bamboo and tea in general. I ended up purchasing a tin of the SN. Can’t wait to dig into it with a full review!

The next vendor that we visited was Sara’s Tea Caddie. I seriously wish I would have gone back and bought the tea she was showcasing, because it really was some delicious Japanese greens. She had out a Kukicha and a Genmaicha when we arrived, both poured from adorable kyusu! This was my first ever Kukicha, and even though it was a few sips, it was nicely buttery and grassy. The genmaicha was absolutely delicious. I only took a sip or two, because Jon pretty much devoured the entire thing. It was his absolute favorite of the day. Roasty and cereal-like and grassy and just plain yum!

Tavalon had one of the biggest displays, with four teas set out, and a DJ mixing the beats. Honestly, they were the biggest disappointment to me. Maybe it just wasn’t gelling with me today. They had Serenity, Summer Fruits, Peachy Oolong, and Crimson Punch. Summer Fruits had a a fruit-gummy apricot flavor that I found unappealing. I think it’s hard to nail the peach/apricot flavor in tea. It usually tastes artifical, as this did. Peachy Oolong was a bit better, but didn’t have a lot of the juicy oolong notes that I’ve grown to love. Crimson Punch tasted exactly like a Sweet-Tart, so if you’re into that sort of thing, this will be right up your alley. Nothing was really a stand-out in particular.

A local outfit from Flushing, Queens, Fang Gourmet Tea was serving up a Golden Lily Oolong accented with Osmanthus blossoms. The smell coming off of this one absolutely delicious. Serious buttery oolong notes that accents its creamy yellow color. The taste fell a bit flat, though. Maybe it was understeeped? It could have been the Styrofoam cup that I was drinking this one out of. Blah, Styrofoam.

Hancha Tea only has a Facebook page, but they had a pretty impressive display at the festival. They’re from Korea, and they have a lot of unusual and exotic herbals. I tasted their Bountiful Earth blend, which is their genmaicha. It was good, but not as wonderiffic as Sara’s.

For someone wanting to support a good cause, Shapna is a coffee and tea project, student-run, based on raising money for various charities. I tried their Black tea, which I believe comes out of Bangladesh, and it was… black tea. I couldn’t really get any flavor out of it other than that. Very default. Very drinkable, but very close to Lipton’s. They’re good to support, though, so… yeah.

Harney & Sons had a nice big display as well, and they were giving out tons of free samples. I brought home some pyramid bags, and I sampled their Pomagranate Oolong. It was fairly tasty, but both the fruit notes and the oolong notes didn’t really sync up together. There just wasn’t enough substance to justify me wanting to drink more of this tea. They also had their Hot Cinnamon Spice and Paris blends up for trying, but I didn’t give them a go.

One of the biggest winners of the festival was SerendipiTEA. Talk about putting a good foot forward and showcasing some really fine tea. They had out for tasting their Buccaneer, Red Oz, and Fiji blends. I tried the Fiji first, and mmmm. The scent of the infusion was almost apple-like, but the taste was wonderfully tropical. Notes of pineapple and fruity goodness reminded me of palm trees, set wonderfully against the backdrop of green tea. Buccaneer was actually Jon’s favorite tea of the day (tied with Sara’s Genmaicha). This one tasted amazingly of coconut, and it was probably, hands-down, the best flavored tea of the day. The vanilla came through, accented slightly with chocolate, but the coconut was the real star here. Red Oz was served iced, and it was a delicious palate clenser. The rooibos and lemon myrtle was simple but elegant.

I got to talking to the people at the booth about the company and such, and expressed my love of their vanilla-black blend, Colonille. They were super-nice and wonderful. I picked up their Milk Oolong, which was on sale (as was everything else in the booth!). It was super-hard not to just raid everything there.

As for the non-tea items, I have to say, Red Bee’s honey was one of the best I’ve ever tasted. I had their Wildflower and Creamed and Honeycomb and Blueberry and oooooh. So. Good. I could just spread this honey over everything. Jon had fun nomming on Cabot cheese (the Pepperjack was his favorite) and he purchased some Best Friends Cocoa, which was absolutely delicious (but absolutely dangerous to super lactose-intolerant me!). He got their Marshmallow blend, but they had delish stuff like Raspberry and Cinnamon. Seriously good.

Great Spirits Baking Company had a rum-chocolate cake that was a bit too alcoholic for me, and Mountauk Beverageworks bottled iced tea was surprisingly refreshing with its lemongrass kick. A promo table for an upcoming beerfest had some coffee beers. The coffee stouts were pretty good, and the vanilla java was servicable.

I didn’t really get into the coffee that much (the acidity of it hurts my stomach), but let me tell you, the Turkish coffee was unbelievable. Seriously. I’ve never tasted anything like it. It blows regular coffee out of the water. So thick and interesting and non-bitter and complex. Homygawd.

Overall, the event was amazing amounts of fun. I brought home so many samples to try! I’ll be drinking them in the upcoming weeks. I’m on such a tea high right now! WHEEEEE! I can’t wait till next year!

…Of course. As soon as I move away from NYC I discover tea and all the cool events that would have been so close to me… sigh

Aww, it sounds like so much fun! I’ll probably go next year. Way too swamped lately. Did you meet any other Steepsterites there?

Awwwr, I wish I were there! Sounds like you guys had a blast, tho’! Next year…

Man, that get-together sounds SO GOOD.

And I’m totally jealous of your milk oolong. I haven’t had one yet, and it’s on my shopping list…can’t wait to see what you think!

Wish I could have gone, thanks for all the info.

I’m so jealous that you got to go! It sounds like it was a wonderful time and your write-up was terrific. Thanks for sharing your impressions with us.

Thank you, everyone, for the kind comments! It was super amounts of fun. If anything similar ever comes into a city of yours, be sure to go! I had the hugest smile on my face the entire day.

Ricky, I didn’t meet any other Steepsterites, but when talking to Rishi, they recognized Steepster, and were like, “Oh, we’re featured on their Selects a lot!” So that was pretty neat.

SerendipiTea was selling everything for $9. How could I not pick up that milk oolong? I hope it tastes good! If you want, I might be able to send some your way, sophistre. I have enough for around 50 cups, I think. :D

I can’t wait to read when people go to the World Tea Expo in Vegas! SO COOL.

This is so epic I can’t stand it.