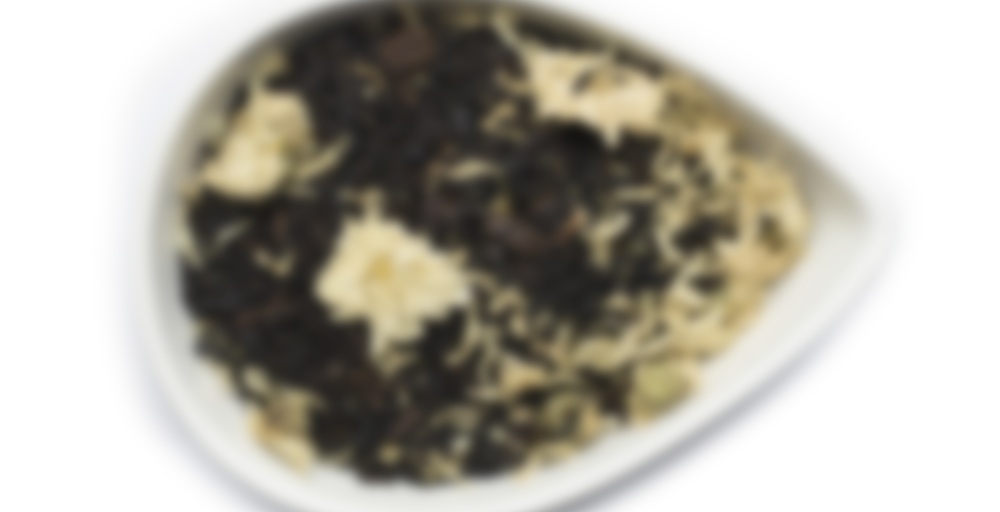 by Mountain Rose Herbs
76
You

This is a new one from Mountain Rose Herbs! I was pretty excited because I love the idea of vanilla and black tea. (That, and because I am a total chocoholic, black teas + chocolate is also a marriage made in heaven in my opinion!) That said, however, I really don’t like super “dessert-y” teas with lots of added flavorings. I’m kind of a purist and generally appreciate when I get notes of those flavors naturally from the tea itself. I know there are many, many variations of vanilla or chocolate or caramel dessert teas that are made by various companies, but I just don’t want all of the flavorings they usually add. But on the off chance I do feel in the mood for an added bit of flavor to complement the tea, I like the minimum amount necessary and the more natural, the better! As in, for example, the use of real fruit bits instead of fruit flavor, or real vanilla bean instead of flavoring. (Speaking of flavorings, I know this is a bit of a tangent but does anyone know what those mysterious “natural flavors” are that many manufacturers add? How do they make them? I’m not saying they are all bad, but I just tend to find them too artificial-tasting. Any good articles out there I could read on the topic? I’d really like to know the chemistry of it all…how these flavor profiles are created, etc.)

Anyway, sorry it’s taking me so long to get to the point. This is supposed to be a tasting note and instead I’m turning it into a long story about flavored teas. Sorry!

So this Vanilla Black is pretty good, a little sharp-tasting sometimes and overall very bold. The vanilla taste is there, but it almost has a slight bitterness to it, and the flavor is not as full and rich as I would have expected given that this tea has vanilla beans as well as vanilla flavoring. I like it, but something feels sort of wanting or out of balance—it’s nothing drastic and obvious, but something just under the surface that is hard to pinpoint. I think it might be lacking more of a smoothness and richness from the vanilla? Or maybe the Assam is just too bold to be blended with vanilla and therefore a different choice of a black tea base would be preferable, like a Yunnan black that is more mellow? Not sure.

I do like this but it’s not my favorite. I’m not sure I would order it again. It is a good accompaniment to dessert though—I had it with a slice of pound cake and that was pretty satisfying! Maybe adding cream and sugar would round it out more, but I’m just not a fan of doing that to my tea!

Oh and a quick extra blurb here: I once tried making my own using a Madagascar vanilla bean and adding bits to a black tea I had (can’t remember which kind) but it didn’t really work. The vanilla failed to blend well with the tea and I could barely taste it, even though I had scraped a good amount of vanilla specks into the tea and added the pieces of pod as well to steep along with the tea. Disappointing. Maybe I wasn’t doing it right. Has anyone else tried making their own vanilla tea this way? Or tried adding their own natural flavors? What did you do that worked?

JacquelineM does it, but she cuts up a pod and leaves it sealed for at least three weeks, I believe. I did it with a boring puerh once, but didn’t really get the vanilla flavor.

Had this at a friend’s house. I think I will always want my vanilla teas to be more vanilla, and this was no exception, but the vanilla was present and the base was pretty decent. I’ve been pretty leery of Mountain Rose’s bases after I got a green tea from them that was so powerfully astringent it made my stomach hurt. But this base was not astringent at all, so that was a nice discovery.

I always want them to be more vanilla too haha.

Agree. I always want more vanilla. Currently drinking a home made London Fog but I only had a little vanilla essence left D: