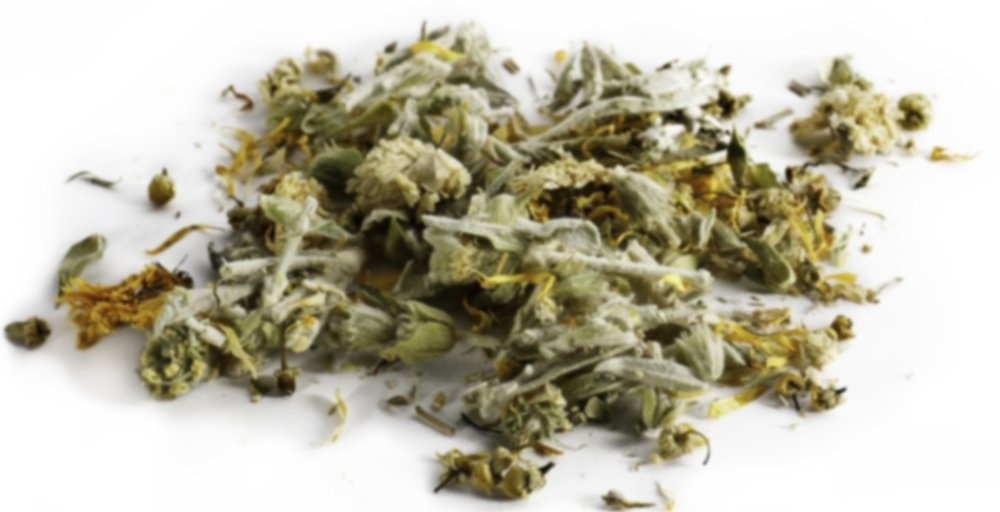 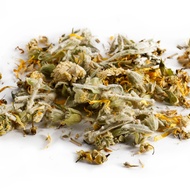 by Mountain Flower Tea
71
You

Benefits: Mountain Tea is said to be anti-microbial and anti-inflammatory as well as full if natural antioxidants including flavonoids.

Directions: 2 Tablespoons of tea per 8 oz. hot water. Steep at least 5-10 minutes or as long as desired. Can be enjoyed hot or iced!

Ok, this is one from Sips by that I have been avoiding. I have a vague memory of trying plain mountain tea before and not liking it.

The tea itself is beautiful to look at. Fuzzy green budded stems mixed with whole yellow flowers. Petals and chamomiles stems. Lovely. Though the aroma doesn’t really appeal to me. I smell the chamomile, but it’s mostly covered by an odd minty herbal scent. And something that reminds me of apples that are starting to ferment.

I used 2 tablespoons and steeped them for 7 minutes, as the packet advised 5-10. It comes out to a medium yellowy green. There is a new sort of pungency to it that makes me a little nervous. Although, it doesn’t translate to the flavor. This mostly tastes like a disappointing chamomile. It doesn’t give me that clean, soothing feeling that pure chamomile does. There are apple notes and they’re ok, but this just isn’t what I want it to be.