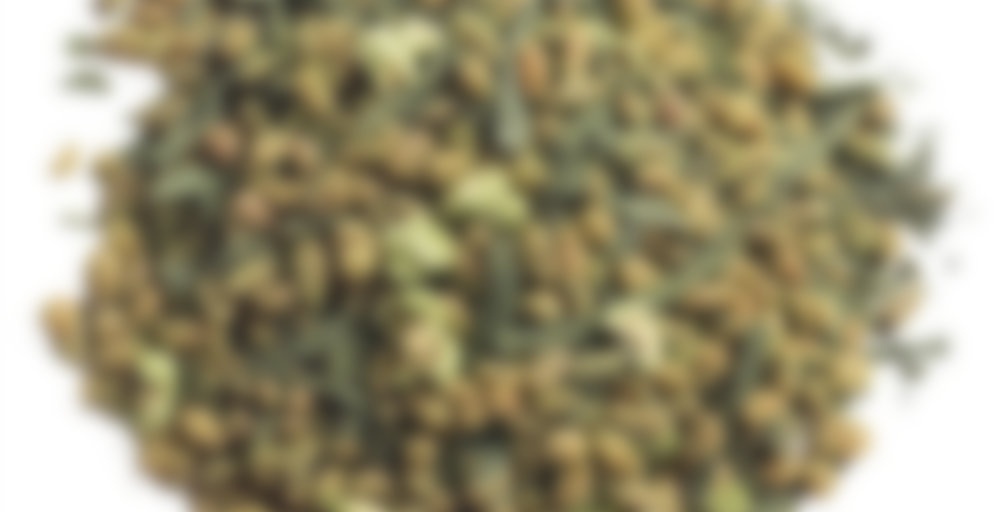 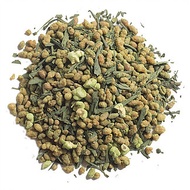 Genmaicha (玄米茶) is a blend of green tea and roasted rice. Genmai means roasted brown rice. It is a popular daily drink in Japan that includes vitamin C and minerals from green tea. It also contains vitamin B and E from un-polished rice. It has a nice nutty, toasted mild flavor

Not usually a genmaicha person, but this stuff is incredible

Woke up with a massive killer migraine. In mulling over all potential causes, the final possibility was not having drunk enough tea. Ah, maybe that’s it.

I bought this tea at the tea festival here at the end of January. The first several times I had this, I really quite enjoyed it: classic genmaicha. Today, however, I dipped further into the bag, so my dry leaf was far more powder tea and far less roasted rice. Then, despite aiming for a very brief steep, my steeper clicky thing got stuck and didn’t drain properly or quickly enough, resulting in a far longer than optimal steep. So, today, the tea is too strong and a bit bitter. Not the tea’s fault.

My migraine seems to be slowly subsiding. I hope. If so, despite the bitterness, it’s a win.

I will refrain from rating.

Later in the day reflection…
I think I had used far too much leaf when I made this tea today, owing to the fact that it was mostly tea powder and few rice grains. That and the prolonged steeping time resulted in a poor-ish first cup. However, steeping two and three were lovely.

Thank you! I enjoyed steep two with some roasted coconut crunchy strips. That and the tea appear to have been the perfect solution toward wellbeing.