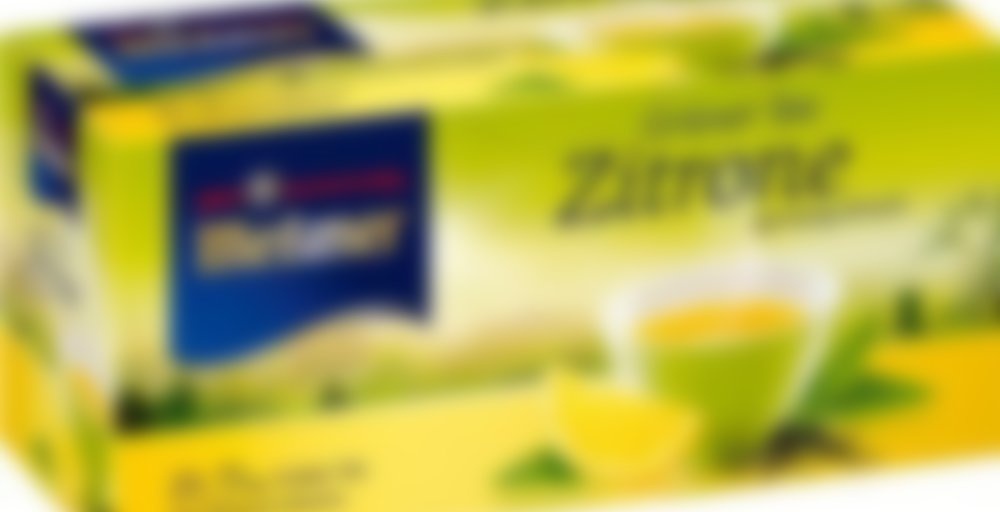 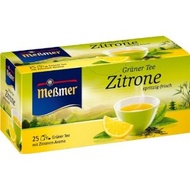 Geht nicht! Hahaha!
I guess I thought before that the deliciousness of Meßmer’s green vanilla tea would mean that the brand has a lot of other great teas. I’ve tried maybe six or seven, not all of which have been subject to a Steepster review yet, and I think the green vanilla is the only one I definitely want a place for in my collection. This tea is not changing my mind about that.
I don’t know how this tea’s flavour went wrong. It’s like the flipside to Kusmi’s Lemon & Ginger Green (as in, there was actually a vaguely lemon flavour with this green, whereas in Kusmi’s lemon was pretty much non-existent) or the Kusmi Detox for people who don’t necessarily want to feel like they’re drinking wet tobacco. I’m not happy that this is in a full pack of 25 and that I now have 24 more bags to use up. The smell was a bit of a giveaway that the flavour wouldn’t be what I wanted it to be, but I thought it’d be no problem in the end because citrus and green tea is something I think really works, especially lemon and green tea. So what’s the problem? It just tastes like a pretty forgettable, easily embittered green with a hint of a kind of lemon that really does nothing for me. It actually tastes to me a lot more like a lemongrass and green tea mixture than a legitimate lemon green tea. I wish I could be more descriptive, but all I want to do is throw some lemon juice and zest in this tea and sweeten it. I think I’m inclined to be even harsher, because the lemongrassy character of it sends my mind straight back to Kusmi Detox, and that is one godawful tea.

Lemon green tea is a stellar idea, but this is a pretty dismal execution. It’s not cringingly bad or unsalvagable through additives, so I won’t throw it out at this point. I think in future I’m going to be a bit more upmarket with my green tea and lemon selections, because I don’t want to be disappointed again. This combination shouldn’t be that hard to get right, and if I can get a better flavour than your tea has by mixing my own lemon with a plain tea, you’ve failed as a company. I don’t think the average tea drinker wants to be a mixologist to get a good-tasting tea (especially when the desired flavour is ridiculously simple), and they don’t want to have to mix a number of products or ingredients together to get the flavour that another product could deliver right off the bat. If this were some complicated, exotic flavour that’s hard to reproduce in tea form, I might understand why it’d be hard to get it right. It’s lemon and green tea! RDTGHUJKLJHGFDGD!