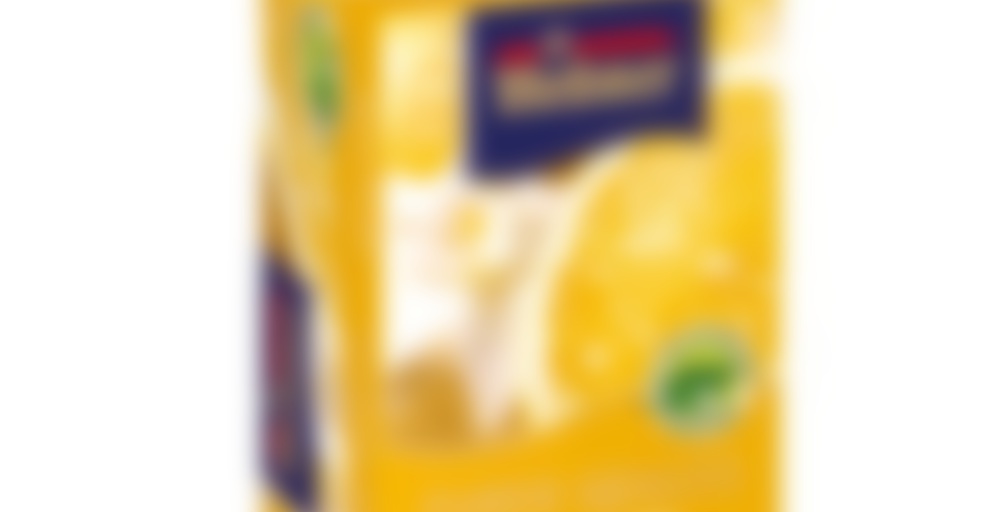 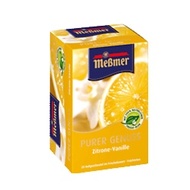 A fine fruit mixture with natural lemon oil and the finest bourbon vanilla, providing a tangy-sweet taste experience for all the senses.

This is a weird tea. When I smell lemon and vanilla together, I think, “What a combination!” This representation of it doesn’t make me feel that way, though. It lacks the voluptuous vanilla characteristic of Meßmer’s vanilla green, but thankfully, unlike Meßmer’s “lemon green”, the lemon here is clearly lemon, not some kind of lemongrass-tasting business. This tea’s taste kind of reminds me of a lemon flavoured cold-remedy, even though it’s been at least 10 years since I’ve drank that. The lemon isn’t at all fresh-tasting, juicy, or zesty. It could well be the hint of vanilla that’s bringing it to more of a mellowness, but when I envision a lemon-vanilla combination, I don’t necessarily imagine that subdued nature. I think of an overall smooth, full taste with a zesty, true to life lemon flavour and a full, fragrant vanilla to match. That’s not this tea’s flavour at all. It’s not unpleasant, it’s just a bit “meh,” really. Sweetened, it’s more of just a subdued lemon tea with a tiny hint of something to suggest vanilla, but not enough so that if you drank if unaware it’s a vanilla lemon tea, you’d realise that it is more than a lemon tea. The taste left in your mouth represents it as more two-flavoured than it tastes.

Even though the lemon isn’t very true to life in my books, it might be more real tasting than what I’ve had in lemon-ginger tea combinations so far. It might be a nice sweetened tea to drink if you’re sick in bed, but I don’t think it has as much flavour as it should. Maybe it’s just that the flavour it does have is pretty average. With some powdered vanilla and lemon zest or rind, I may be more impressed, but as it is, the tea’s nothing to write home about.