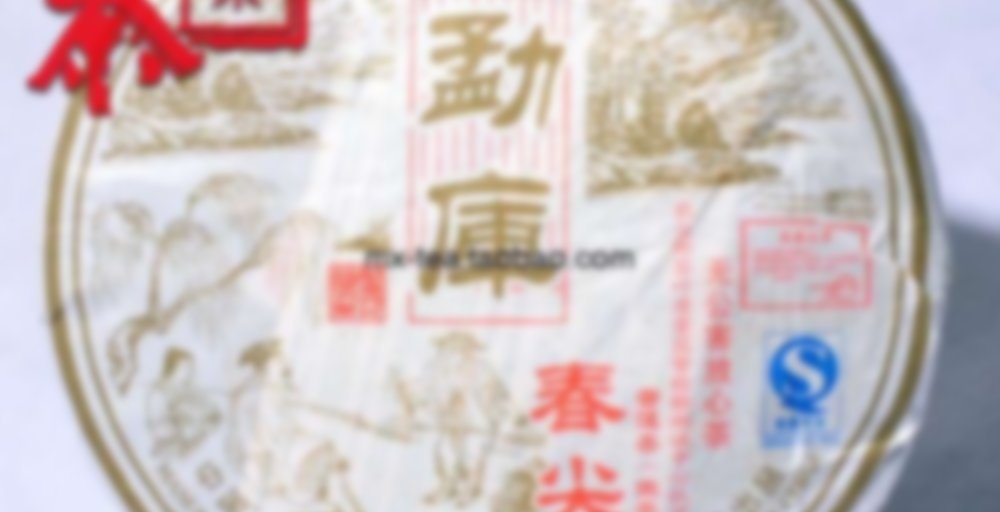 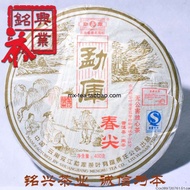 by MengKu Tea Factory
--
You

I brewed this tea for the first time in my 70ml gaiwan. I used 5g of leaf, which was only partially whole leaves as this was near the very end of the cake. That being said I think its a pretty fair sample and didn’t include any tea dust. I rinsed this tea twice and was surprised by the color of each rinse after only a few seconds in contact with the leaf. The first steep I drank was only about 2-3 seconds after replacing the gaiwan lid because I was concerned about over brewing. I ended up throwing out half of the steep because it was very weak in flavor. The second and third steeps were both at 10 seconds and were much more enjoyable. The first thing I noticed about this tea is its astringency. My entire mouth has become dried out due to contact with the tea and it makes me want to just keep brewing more. This tea also has a moderate bitterness which should be easy enough for most pu-heads to enjoy, but may be off-putting to a newer drinker. The taste of this tea is very nice as well. Under the overtones of bitterness and heavy astringency lies a delicious peach flavor. Its not like a juicy august peach though, not that sweet. More like a peach you eat a day too early or one of those white peaches at the grocery store. There’s a slight smokiness and/or tobacco note to the tea that reminds me of a mid 2000’s dry aged fangcha puerh that I recieved as a part of the White2Tea tea club for a particular month. When I closed my eyes and took a big sip, I remembered the smell of a wood shop after hours of repeated use. The sawdust and freshly cut wood notes really bring this tea together. Overall, I think this tea is quite a bit different than most of the sheng I end up sampling from the more western facing retailers. It is quite complex, and very interesting. This is a really nice tea that is ageing well after 10 years. I received 10-12g of this tea from Liquid Proust and this is my first time tasting it. From what I could see online, this tea is available for a very reasonable price from Aliexpress, TaoBao, and eBay. I’ve never bought tea from any of those sources before, so it may be quite sketchy. If it is in fact the same tea, its a bargain for a nice semi aged tea. If you’re a big collector just buy one and shove it in the corner somewhere for a few more years.

Edit/Update: the last few steps of this tea are pure sweetness all of the bitterness and much of the astringency have receded leaving behind an almost cane sugar like sweetness.

Dirt cheap tea that is better than what you might expect for the price.

I’ve consumed most of a cake of this stuff. It’s too astringent to make a slippery or oily mouthfeel, lengxiang is weak and fleeting, it’s not very sweet, and it doen’t have much longevity. I’ve given up on trying to push it past 8 steeps.

On the plus side, it makes a dark gold to orange soup, and has a definite matured puer flavor and aroma while it lasts. There are a few steeps after the leaves open and before it plays out that are pretty smooth and nice. You get some idea what older puer can taste like with this.

1st steep: thick liquid, sweet, slight hay, stone fruit, hits the throat. 2nd steep is starting to seem more like a nice ripe puer. The soup is much darker than the young shengs I’ve been having lately and it has some of the really nice dirt and tobacco notes that I love about ripe but without the funkiness. 3rd steep is similar but the sheng brightness is coming through more. Some smokiness. 4th steep tastes good but it’s starting to feel a little one-dimensional. 5th and 6th are still nice, taste pretty ripe. Nice little astringency to it. 7th+ are the same really.

At 2.3 cents/g (before shipping) from mx-tea, I will absolutely be ordering this with my next Tao haul!