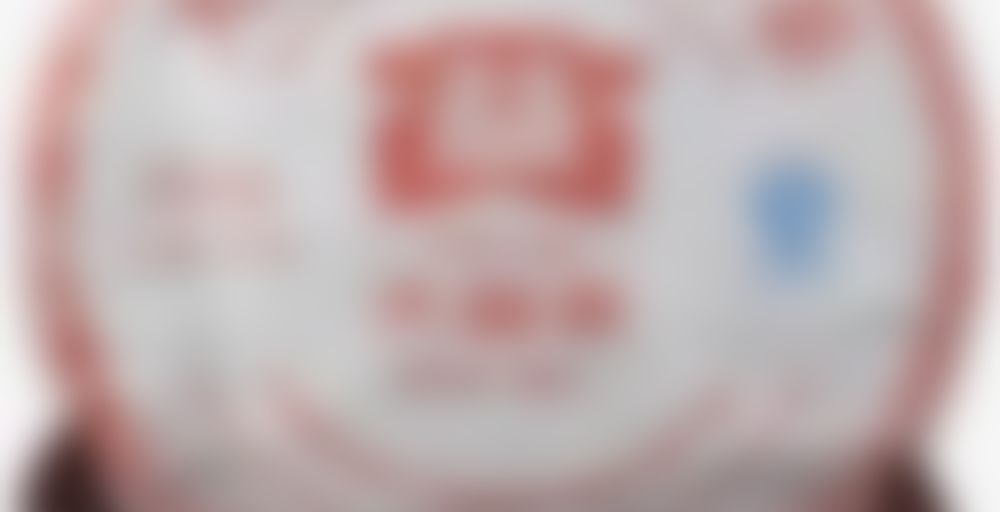 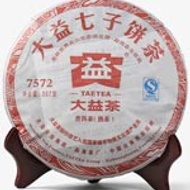 by Menghai Tea Factory (Pu-erhtea.com)
79
You

Pu-erhtea.com sells this very cheaply. So cheaply I was not sure it would turn out to be real. When I got it the first thing I did was scan the outer seal with the black light. It glowed green like a Dayi should. When I opened it I scanned the inner ticket. It glowed green like a Dayi should. The question remained did it taste like a Dayi should. We’ll I think it tastes real too. It was dark and rich in the early infusions. There was a lot of fermentation flavor to it. Prominent through the first five or so steeps. I did not notice any fishy taste but I am not too sensitive to that. I did notice some notes of chocolate in there. One could even argue it developed a fruity taste in later steeps but I’m not positive on that note. I do know that I enjoyed this tea. It tasted similar in profile to other Dayis I have drank in the past from other sources. The kicker to all of this is it was just around $13. Every indication is that this was real. They don’t usually fake the Dayi security features and they certainly don’t fake the Dayi flavor. It tasted completely real to me. I didn’t notice any qi per se but then again I usually don’t in ripe teas.

I just took a look at that site for the first time and whoa! They have some low prices! Have you purchased many other teas from this site? Do they seem genuine? I’m tempted to place an order but usually when something seems too good to be true, it is. Are their teas legit?

I have recently reviewed four of their raw teas which I thought to be generally good and definitely well stored. No wet storage taste on the ones old enough to have it. I bought three of their Dayi teas in a recent order. The two recent enough to have security markings glowed green under the black light. All looked wrapped right to me. Mr Mopar also told me the one he looked at looked real to him. In my opinion this one was real. Tasted like a Dayi. Glowed like a Dayi. If it was faked, they faked the security features and made a tea just as good as a Dayi. I have never heard of a fake being just as good as a Dayi. I bought a bunch more ripe from them but haven’t yet tried them. Look at my reviews of their raw if you want to get an idea of what I thought. I will be reviewing more of their ripe teas in the next few weeks but probably slowly.

The only things on their site likely to be faked are the Dayis and this one was in my opinion real. I think you are safe as far as that goes. As to their teas age, their claims are not too wild so I would be surprised if they were lying about age. I don’t think they list any really old teas. They have a couple of their own brand from 2001 I think. If they were selling Dayi raw from 1999 or something I would be wary. The ripe is not faked anywhere as much as the raw. I don’t think they even sell Dayi raw.

I bought a 2006 Dayi from him in my order but I have yet to drink it. It is wrapped right to be real. I expect it will taste real too. It is too old to have security features so I didn’t scan it. Don’t think those started until 2008 or 2009.

I have samples from them on the way as well.

Thank you for the feedback! I’ve been trying to not buy any tea this year, but I’m running out of teas to drink now. Every time I finish something in my daily box I go into my storage and it’s like… this one needs a couple years, this one needs some more age ect and I can’t bring myself to drink anything yet! lol I think I’ll place an order and give them a shot since it seems like nothing but good comments. Thank you!

Excellent review and for introducing this vendor.

tea123, this was actually my second series of orders from them. I ordered from them two or two and a half years ago, ordering mostly ripe then too. I remember particularly liking some of the Awazon label ripe. At the time I didn’t know much of anything about puerh. So far I like what I have got in this order. His stuff may not be phenomenal, but it seems good quality to me. His shipping is fast.

Thanks for the review AllanK, I have wondered whether to put an order in with Awazon a couple of times but haven’t got round to it yet…