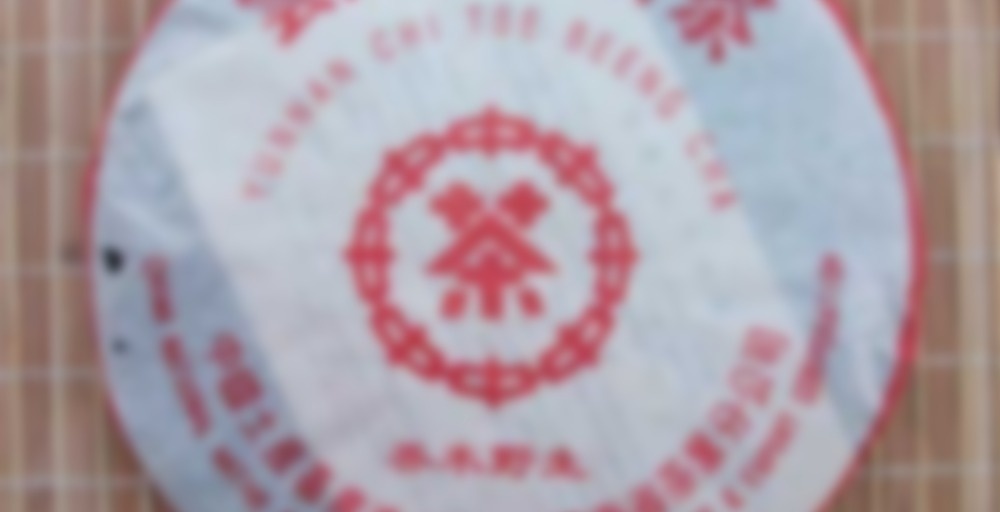 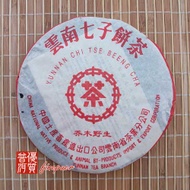 by Menghai Tea Factory (Finepuer)
--
You

So there you are, minding your own business, when he grabs a sharp tool and comes after you.

Of course, you’d seen it before. Nobody spent much time around here without witnessing the like. You’re hanging out with your peeps, in comfortable digs, the next thing you know 10g gets hacked off into a baggie, crammed in a small box and flung out to who-knows-where.

They tell you it’s because they’ve asked for you. They want you. Really? 10g doesn’t sound like true desire, real passion. You can’t get to know each other that fast. The pressure is unreal – one shot, maybe two if you’re lucky. You might get to acclimitize, you might not. If you do, it’s probably with dozens of other cast-off shards in a box or a cupboard. They might not even pick you on purpose, when they do, they could just be reaching in and blindly grabbing. Nice to meet you too.

Water is the key, but they’ll have decided their favorite and you’ll have to deal with it. There’s no room to experiment when you’re only 10g. Climate, vessel, the mood they’re in – it’s a crapshoot. You’re only one in a series of unfair tryouts. Consider yourself exceedingly fortunate if they haven’t already got some half-baked idea about you before they’ve even begun. After all, they’ve tried dozens of your kind – once.

The worst – pray it doesn’t happen to you – is if, when the day has come, and you’re ready for it to be over, finally, they come and take 7 or 8g. Almost better to get tossed then, because otherwise they won’t notice you, won’t think about you, except to pick you up months or years later, when you’re dried up and so, so tired, only to look at you with sad eyes and put you down again.

I’m trying a new tea today. How about you?

I’m confused now where I got this sample, I’ve received many samples lately. The tea was in a Baggie and then a small labeled box. Something must have happened to it. This tea had no scent, no color in the cup and no flavor. It Refused to Infuse.

Funny how a tea can “Refuse to Infuse”.

sufficiently complex flavor and decently aged. has a herbal, almost fruity quality to it. no musty storage notes. has a hint of what might have once been a smokey flavor.

I am happy to have picked up a full beeng. Its quite different from 2004. actually I liked the (no longer in stock) 2004 better. It had what seem to be higher quality, plump leaves and more thickness, with a distinct prune aroma. but this one is more aged, mellow, easier on the stomach.

I love this one. It is on the way as I may have got the last one.

by the way, the printed ticket inside the wrapper on the cake I got is a bit different from the picture. The last row is not ‘menghai tea factory’, but cnncp instead. I wonder if all of these cakes are the same. http://www.finepuer.com/files/images/chinese-tea-(green-tea-or-green-puer-tea)-2003-menghai-wild-arbor-red-mark-discus-tea-cake-6.jpg

Recommended
DigniTea
301 tasting notes
A lovely morning with an elder member of the Menghai family. At first, the wet leaves smell spicy and sweet; in later steepings, the aroma shifts to grains and honey. The taste conveys red berries, sweet wood, and grain. Offers hints of a calming qi and a cooling/tingling sensation throughout the body. I was left with a pleasant long-term aftertaste.

Yep this is a good one. Asample from Fine Puerh? If so I had the same one. Very nice.

This one is from FinePuer. But I must tell you that I do not know which of their selections I enjoyed more this week – this 2003 Menghai Red Mark or the 2006 CNNP Yiwu Wild Arbor. Both treated me quite well and I hope to drink their YongDe DXS later today or tomorrow.

I am am glad to read two positive confirmations on the 2003 as I loved the 2004 sample and just ordered a full piece of the 2003 without realizing that its not exactly the same vintage. the 2006 yiwu wild arbor is 1/2 the price of the red mark… if its similar quality than it sounds like a no-brainier. unfortunately I delete this exact sample from my shopping cart to make room for a 2006 snow mark sample. make sure you order the free sample 97 brick shu its great. Has some fermentation smell but also a wonderful rich vaporous quality very much like a good aged sheng!

I’ve not had the 2004 red mark so I am unable to compare. I can only say that I definitely enjoyed the 2003 and I am happy to have the whole cake in my collection. Personally I do not feel that the yiwu is quite as powerful as the red mark but I tried them both during the same week of tea drining and I still feel that both are good cakes for me to own. Hope you enjoy the red mark!

sipping this lovely tea as I type. just picked up the beeng from the post office this morning. Its much more aged than the 2004 that I sampled a year ago