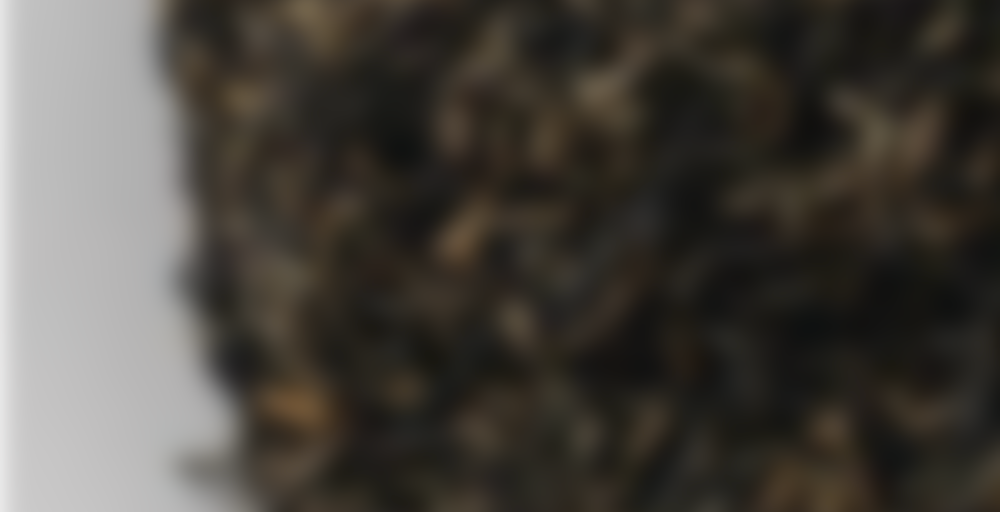 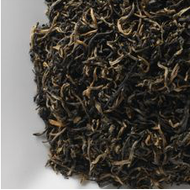 This is an exquisite Chinese tea with long leaf style with an abundance of golden tips. The tea is made from a unique variety of Camellia sinensis found in Yunnan Province, China. This tea has full body, smooth and creamy taste. Zoom in to the image above to see in fine detail the dark leaves bathed in luxurious golden tips. Enjoy this tea any time of day.

Lots of golden tips – they are not exaggerating! So pretty.

This is smooth, strong, slightly dusty at the front of the sip… Mildly sweet but with a most decided kick. This would be a good kick yer butt outta the house morning tea. :)

Oh, and I should add that they were very nice people to deal with. They even included a complimentary black tea tin with my order.

Thanks so much, Nicole! I’m amazed that I’ve loved basically all of the teas you sent along. Your tea collection must be astronomically delicious to part with these teas! The only type of tea like this I think I’ve tried was in Butiki’s Three Friends (that I adore.) But Three Friends is actually a Zhen Qu base. I’m not sure what the difference is but the leaves certainly look the same. Dark curly crumbly fuzzies with a lot of twists to the leaves and a lot of gold. The scent of the dry leaves is very much like dried grass. The flavor is deep and dark with two teaspoons… a lot of dark chocolate flavor but it’s a very smooth tea and never astringent while also being a very strong cup. My favorite type of black tea: dark, strong, but smooth and never astringent! I certainly like it with two teaspoons. I think it was too weak when I tried it with one teaspoon.
Steep #1 // 2 teaspoons for a full mug// 15 minutes after boiling // 3 minute steep
Steep #2 // just boiled // 4 minute steep

Could you compare the dark chocolate? Is it bitter like? Or is it more like a bolder DianHong malt/chocolate note?

Well, I guess it depends on how much you like dark chocolate. I love it, so I probably wouldn’t notice if it’s too bitter for others. But I noticed the smoothness. It is like a bolder DianHong.

I love dark chocolate, a lot, however I hate bitterness in tea (coffee is a no go, bitter pu’erh no thanks, strong green tea, and bold black tea)

I definitely noticed the smoothness with this one, even though I used two teaspoons. I don’t think this one could get bitter if I tried.

Good, this is now on my list to watch out for. I’ve had STRONG DianHong tea from YS and it’s just like… punch in the mouth strong.

haha. Yes, I think I’ll always be in try-all-the-teas mode though. :D Did you manage to order the Harney teas yesterday?

I did. I’m guessing they will be in early next week or Saturday.

Oh awesome – thanks so much!

This sample came from Nicole. Visually, it looks like a generic semi-tippy Yunnan, though the leaves are a bit more broken than I would like. The leaves are mostly dark, maybe with 30% golden tips. Dry, it smells pretty sweet and malty. I did my usual 3 minute brew.

The brewed aroma is earthy with malt or dark bread notes, raisins, and honey. The taste is quite similar. There’s a definitely earthy quality, but I don’t get mineral or smoke with it. Definitely a lot of malt here, but I wouldn’t describe it as bread. I also get a dark dried fruit flavor, which makes me think of raisins combined with the richness of molasses. There’s isn’t a ton of sweetness, however. There’s just a little hint of an herbaceous spice note that I’ve found in several other dark Yunnan and Fujian teas. I would describe this as being between the “dark” Yunnans (earth/mineral/smoke) and the “middling” Yunnans (mostly bread/honey/dried fruit). This tea is okay, but not something that I would purchase. I tend to love the middling to light (pastry/honey/stonefruit) Yunnans the most though. :)

Had another cup of this for breakfast this morning, thanks to the generous sample from the TTB.

I accidentally forgot to fill my kettle up with enough water for a cup, so I had to let it sit after I poured it, while I waited for more water to boil.

It got really dark and bold. I added milk , or maybe it was a splash of cream…I forget. Anyway it was good and rich and thick and creamy.
Glad I have a bit left!

I love this one with cream. :)

i’ll have to look at it sometime…sounds nice