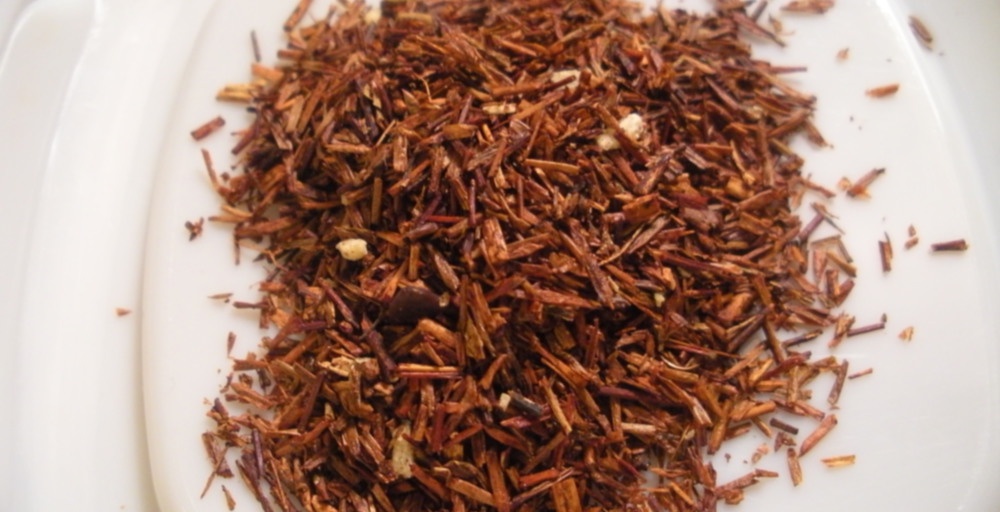 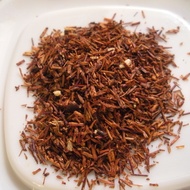 Everyone loves the wonderful temptation of soft, melting, creamy truffle chocolate candies. The scent of our composition is an instant reminder of the precious chocolate cangy, and spreads a tempting aroma. Complemented by the fine and sweet Rooibos base, the creamy, soft taste will pamper your taste buds. This excellent taste sensation feels like a piece of sweet chocolate, melting in your mouth. Decorated with chocolate pieces and coconut shreds- this is our definition of liquid chocolate. Try it yourself! Ingredients: Rooibos tea, chocoalate chips (sugar, ground cocoa beans with cocoa butter, powdered cocoa, emulsifying agent: soy lecithin), coconut shreds, flavoring.

Time for a bit of sample crunching :D Treating myself to a nice tea time tonight as I ran a 10K race this morning. Didn’t quite hit my goal time of 60 mins (63:09), but I haven’t been training as much as I should have been (for various reasons), so I’m pretty happy. And apparently I was pretty “out of it” after crossing the finish line, so I don’t think I lacked in effort put in. Therefore, tea time reward :D (Of course, I also spent the day with my boyfriend & roommate playing board games and watching Dr. Who, so I’ve already been “rewarded”…. shush!)

This sample is from Momo and one I requested waaay back (or so it feels) when she last sent me a swap package. I’m trying to develop a taste for desserty rooibos for the evenings (it’s working) so I don’t get so sad when my evening tea selection is super small.

The tea smells quite chocolatey and a touch rooibos-y in the glass… there’s almost a bit of a sour smell to it, but as long as it doesn’t indicate a flavour present in the tea, it’s irrelevant. Hrm. Unfortunately that touch of sourness does seem to appear in the tea. I can’t say whether this is a case of “tea contamination” or just the way this rooibos tastes (my tastebuds think it could easily be either, as it’s almost a potentially citrusy sort of sour). Other than that, I do quite like the flavour of this one! It’s creamy, it’s smoothly chocolatey, and perhaps that note I’m getting could also be “truffle”. I’m actually finding it less bothersome as I sip, so really tough to know where it’s coming from. There’s certainly no icky medicinal rooibos taste here though, which is relieving! So really, the biggest negative is the fact that I’m getting a bit of a scratchy throat feeling from the tea, which seems to be a common occurrence with me and rooibos (though not honeybush). Makes it a bit less desirable to be drinking, but as long as I’m not drinking cups and cups of it, it’s not so bad.

Thanks for letting me try this one, Momo!

ETA: Not a bad second infusion. Still chocolatey, but fairly weak, and still the throat scratchiness

Congratulations on finishing your race!

Congrats Kittenna!! that is an accomplishment :)

Thanks guys! I am paying for it today… I have an extremely sore back and I think I’ve given myself shin splints again. Blehhh. Ah well!

Thanks Amanda – this was part of the package she put together :)
Brewed up this smells kind of like amaretto – it has a light alcoholic scent.
This is neat – it’s a really smooth nice rooibos. There is a caramel flavor here that really works. That and the cream flavor. The chocolate flavor is a bakers chocolate kind of flavor in the background.
Yum!

I can’t pass up a chocolate flavored rooibos, and this smelled great so I had to get it.

I didn’t realize it had coconut in it, but the coconut gives it that creamy, trufflelike taste rather than imparting a coconut flavor. I could use a bit more chocolate, because it’s more of an aftertaste than I’d like, but it’s still a good blend. Sweet, creamy, and making my crappy afternoon a whole lot better.

wow – another tea company I’ve never heard of, there’s so many of them!

Yeah, this one is local! They seem focused on online sales but they’ve opened kiosks in 2 malls here. They’re very big on being environmentally/socially responsible and it’s pretty cool: they donate 50% of their net profits to charities, they give you a reusable bag that if you bring back will get you 5% off, I’m glad I found out about them so they can take that other Atlanta-based company down! (probably not but I can dream)

I just checked out their website. Charitable focus is a definite bonus in my opinion. thanks!

This is a sipdown, though I don’t think I ever actually added it to my cupboard for some reason. Whatever, it’s gone now.

Made a full pot on tonight, the night of probably no sleep. Had a medication reaction to my ADD meds earlier (changed dosage) and now I’ve been having somewhere between an anxiety attack and a manic episode since about 9am this morning. 13 hours now. Hopefully I can sleep tonight, but I’m not counting on it. Doing some cleaning while I try to calm down.

This tea was interesting. I can taste the chocolate but the rooibos is a bit strong for me. I added a bit of milk for the first cup and I’m not sure I should have but it’s definitely creamy. I like it, but it won’t go on my restock list.

Oh dear, feel better soon. I’ve had a few panic attacks in my day. Not fun at all :/