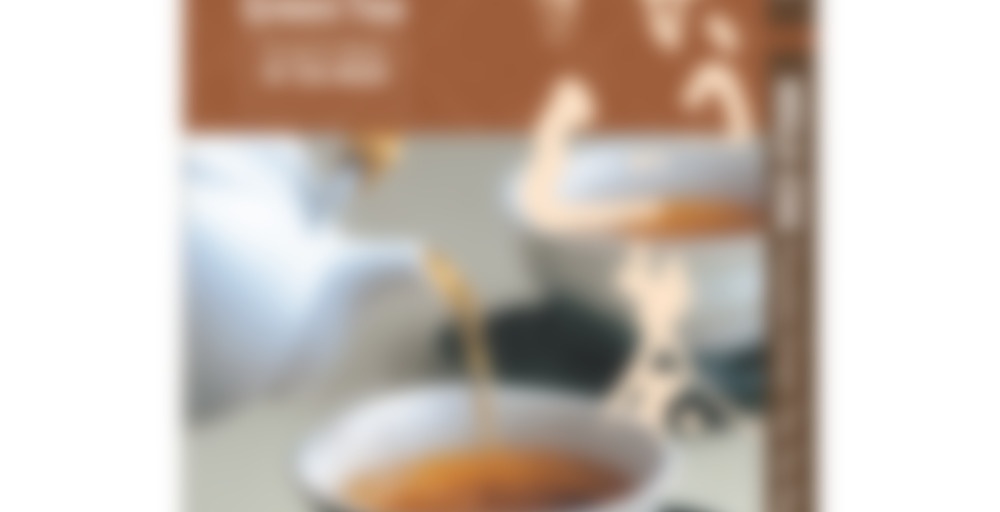 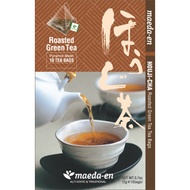 Product Detail
Craving a good cup of toasty tea, but not in the mood to deal with the mess? We have just the solution for you!
Maeda-en is proud to offer you deliciousness and convenience all at the same time: crushed Houji-cha (roasted green tea) leaves are packed in mesh pyramid bags for the maximum steeping & easy clean up. It brews the beautiful dark amber, and tastes just like a whole leaf brew!

Brew 1 tea bag in 8 oz of par-boil water, and swish around for 30 seconds to up to a minute. For a great cold-brew, stick one tea bag in a bottle of water and shake vigorously!

Maeda-En has been in business for the last 25 years as an importer, manufacturer and wholesaler of green tea & green tea desserts. Our Japanese grown, fresh quality green teas are shipped directly from our production factory in Japan to the states and then world-wide.

I have some loose leaf houijcha at work but I wanted some today at home, so I picked up this little package of 10 teabags in Japantown. This is a mesh teabag which is a little bit better than the paper ones. This houijcha is made from roasted sencha.

The instructions on the package say to steep for 30 – 60 seconds, but that seemed a bit light so I ended up going for 90 seconds in the end. The aroma is delightful and flavor is pretty good. It has a very caramel, burnt sugar flavor but I’m detecting a tiny bit of vegetal bitterness in the finish. The other houjicha I have is a loose leaf from Den’s Tea that’s made out of roasted bancha. I have to say I prefer the Den’s version because it is sweeter and more aromatic (and it’s loose leaf, which makes a difference as well). But this is still a nice everyday tea, and good for the evening because there’s less caffeine. I need to try cold brewing it sometime! Yummy!

I really love Den’s Houjicha! And as a flavor it seems to be getting pretty popular, my local Japanese mart actually has houjicha flavored soft-serve.

Sipdown no. 40 for the year 2014. A sample teabag from the work stash. Again guessing at temperature. Split the baby on time between the suggested 30 seconds to 1 minute and steeped for 45 seconds.

I don’t think I’ve ever had houji-cha before (and now because of the thing… you know, the phobia…) it might be a long time before I have it again unless I have some other samples tucked away somewhere.

Which is a shame because this is delicious. The aroma after steeping is wonderfully roasty, almost like an oolong but not as strong and with clear whiffs of green tea vegetalness. There’s a sweet toastiness to the flavor, too, but without reminding me of popcorn like genmaicha does. I don’t get any bitterness, just a bit of grass in the finish that lets me know this is a Japanese green tea despite what my senses might be telling me.

This toastiness is more like what you get from roast vegetables. Though I wouldn’t go so far as to call it caramel, I can see where that thought originates. It’s the same sort of roasted sweetness you get from carmelized vegetables, like onions.

i LOVE hojicha and recently acquired it!! granted it’s just in teabags (by Eden) but WOW what an amazing flavor profile. yes, i too get a roasted/toasted sensation from the tea, while still being able to detect that it’s a green tea. it does remind me a little of oolong come to think of it, as both remind me of the kind of tea served up in Japanese restaurants! (at least the kind i frequent..) what i distinctly remember about the tea, despite not knowing what kind they use, is that it definitely has a roasted brown-rice quality…in my particular hojichas i do get a bit of popcorn, but maybe Hojicha varies among brand, and from teabag to loose leaf! i’m excited to try all kinds now. ur ‘caramelized vegetable’ note sounds scrumptious tho!

This was, I think, my first and I really enjoyed it!