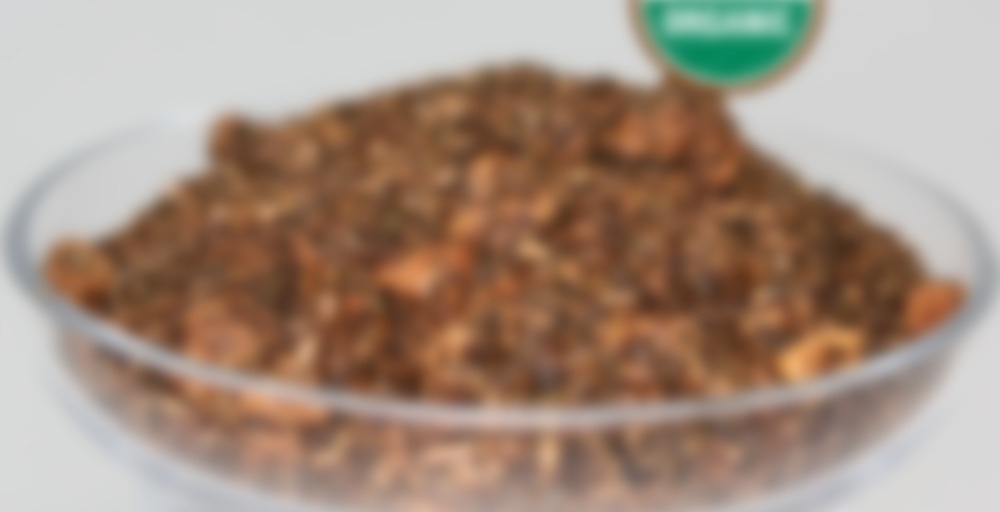 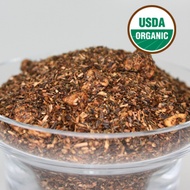 by LeafSpa Organic Tea
79
You

Thirst quenching, bold apple refreshment from this natural honey bush herb from South Africa. Honeybush is caffeine-free so enjoy this delicious drink in the evenings.

LeafSpa Organic Tea is an importer, blender and retailer of premium quality organic and Fair Trade Certified teas. LeafSpa is also proud to offer their new line of organic spa products and bath accessories all made with the purest tea leaves on earth.

Yesterday my LeafSpa teas from winning the Select comment contest arrived a scant two days after being shipped. Since I didn’t collect them from the mailbox until after 7pm, I couldn’t try one right off being it was too late to have too much caffeine. Luckily, LeafSpa included the caffeine-free Honeybush Apple, which I drank as my cup-before-bed tea last night.

The Dry Leaves — Dark brown to light tan chippies with lots of rather large apple pieces. The smell is sweet, appley, and vaguely of a good fruit liquor.

The Wet Leaves — Darker in color chippies. Damp and swollen apple pieces, which I ate. They tasted like dried apple with a hint of honeybush. Pretty good. The smell is faint, sweet, and lightly appley.

I definitely get caramel apple from this herbal. But think of a baked apple dessert with a homemade caramel sauce at a nice restaurant rather than an actual caramel apple at the fair. It’s homey and comforting. Some sips are a bit more apple, some are a bit more caramel. I like it. A nice tea to have before bed.

I’m rating it a 67 for now, right in the middle of good (60-80) for me. I suspect it will go up several points after I’ve had it a few times but stay within the good range.

Can’t wait to see what you thought. I have this one but I haven’t tried it yet.

It’s good! You should try some tonight before bed. It makes for a nice fruity dessert tea. The rest of the review is now up.

Ahh I will save it for tomorrow night. I already made Kyoto Lemon Green Tea. Didn’t even think of bedtime for Organic Honeybush Apple tea but will tomorrow. It sounds amazing!

I look forward to seeing what you think of it.

OMG! This tea is awesome!!! Thank you Rachel for sending me some of this! I love this tea. I am pretty sure I am gonna have to purchase this at some point because I am always looking for a good night-time caffeine free tea as I currently only have one good one!

I made a pot of this last night! First off the dry tea was very pretty and it had real apple chunks in it which was pretty cool. I was actually a little afraid to try it based on the smell because it smelled kinda like apple juice and I really dislike apple juice.

This tea tastes awesome, very appley and sweet but not overly so. I actually first thought caramel apple, and I just found out it has caramel flavor in it so it really nails the flavor in that department. I was actually so excited to drink the second cup that I burned my mouth – haha.

Can’t wait to finish off my pot that is in the fridge, I hope it is as good iced as it is hot!