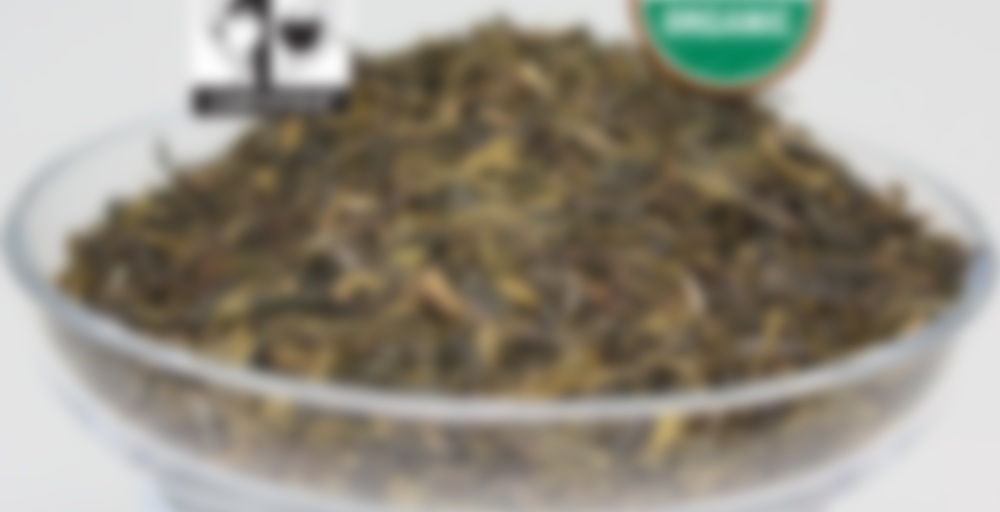 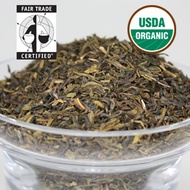 by LeafSpa Organic Tea
76
You

LeafSpa Organic Tea is an importer, blender and retailer of premium quality organic and Fair Trade Certified teas. LeafSpa is also proud to offer their new line of organic spa products and bath accessories all made with the purest tea leaves on earth.

This is the last tea I had left to try from the four free tins I won from LeafSpa. The first three were quite good and I’ve drank them multiple times each. But it is summer and hot and I tried to try a new tea when I can concentrate on it at least some. (Ironically, I’m not concentrating on this tealog very well. But I am four tealogs behind and it needs to get posted while the tea is still fresh in my mind.)

This tea is a green darjeeling, which is somewhat uncommon as far as my googling told me, and indeed, the leaves look like a darjeeling, except in shades of olive green with hints of black. They smell strong and distinct, unlike other greens I’ve smelt, but I can’t put my finger on what the smell is reminiscent of exactly. Musky? Musty? Pungent? Sharp? But in a good way.

The reason I was looking up green darjeelings was because 2-3 minutes at 180°F seemed like it might not be the ideal temperature for it and I wanted to confirm it correct. I didn’t find much. I did find a site specializing in darjeelings which recommended 2-3 minutes at 150-175°F. So I tried it at the parameters that LeafSpa suggested this time with a mind to try a lower water temperature next time.

4th steep: A really long time.
Since the third steep was light, I decided to steep this one three minutes instead of two minutes and 45 seconds. Very little color and tasted like water. I steeped it another minute. The same. Another two and a half minutes. The same. I left it in and walked away to do some stuff before bed. The same. This tea hold out for a forth steep, but that’s okay cause the first three was quite good.

The wet leaves looked like a pile of raked leaves in autumn, but in greens and browns instead of fall colors. They grew bigger with each steep. Both the wet leaves and the tea smelled nutty, citrus, and apple at some point during the steepings. I have more to say about both the smell and the taste but I’m not remembering as much as I’d like to. I plan to drink this again next time I have an afternoon tea, which is not often during the summer as that is the hottest time, if I don’t want something else specifically.

I’m rating this tea a 72 initially, which is in the middle of my good range (60-80). I do suspect it will go up. I kind of think as I drink it more that it will switch with the Blink Bonnie from LeafSpa and be the higher rated of the two. But, I don’t know. I like the Blink Bonnie quite well too.

This tea only takes three steeps. Increase the steeping time of the third steep by 30-45 seconds or more. Later, try at a lower temperate.

Chrine’s First Comment Contest
Now that I’ve tried all four teas from LeafSpa, I am paying it forward by sending a sample of each to someone, or two, who comments on any of my tealogs through next Wednesday, the 4th of August. I will select randomly and I will include this messsage as the first comment on each of my tealogs until then. The three other teas are: Darjeeling Goomtee, Blink Bonnie, and Honeybush Apple.

Does this start now? I’m game – I’ve some of the Darjeeling, but, I’d love to try the others!

I would love to try the Bonnie Blink. Pretty please! :-)

I’d be curious to try these teas-especially this one as the woody bamboo notes piqued my curiosity! Thanks for the contest:)