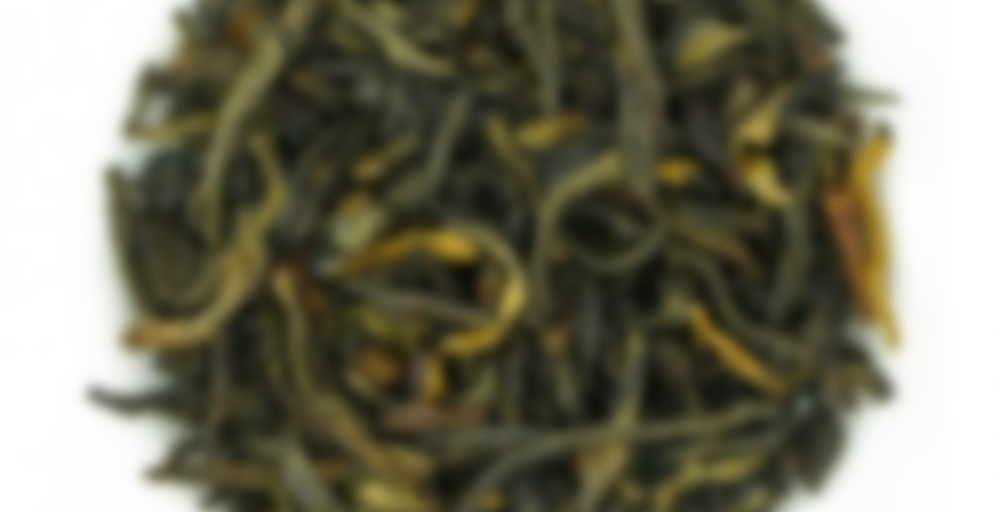 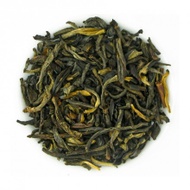 This amazing black tea comes from the Chinese province of Yunnan. Grown in southwestern China, a mountainous area with many streams and rivers, Yunnan tea is well-known for its wonderful scent and flavor. The heat and humidity of this area imparts a subtle tartness and light earthy flavor to this tea.

We suggest to enjoy this tea in the morning.
Main flavor: Rich and earthy

Oooo… this is a good one.

I couldn’t resist the last Rue La La sale on Kusmi certificates and I’m glad I didn’t. I have wanted to try several for quite awhile and now I can! It was an embarrassing wealth of tea that was on my table this afternoon. :)

This was the first one I have tried. It’s super malty and very dark and earthy. A hint of bitter as it cools – I may have oversteeped a tad since it seemed very light in color at 3 minutes.

If this holds up well to a second steep, it will definitely need to be kept in the stash.

SIPDOWN! Thank you again nicole for this one. I haven’t had much luck with kusmi teas until now. THIS is a kumsi tea i can get behind, so i’m inclined to think that maybe it’s just their black teas with bergamot that i don’t enjoy. I think nicole also sent me an assam from the company so i’m interested in seeing whether that one also appeals to me. If so, i’ll stick to Kusmi’s straight teas :) This was unlike other yunnans that i’ve tried. No astringency, not too bold but smooth and delicious! even the resteep was pretty darn good :) Thanks Nicole!

Medium bodied with a little bit of dryness. Light notes of smoke damp earth and subtle bitterness. As it cool down and brew more cup, malt flavour appear with some sweetness. WATER USED: Nestle Pure Life

No. 21… I’ve always wondered about this with Kusmi. What are the other 20?

Anyway, I was in a different supermarket from my normal one yesterday. I’m home alone for a couple of days (again!) so I was looking for something easy and unhealthy for my dinner. It’s the same chain as my normal one, but bigger. I was looking for something else in the tea/coffee section, when I spotted the easily recognisable Kusmi tins. There was this one and the 4 Red Fruits and… I think one more, but can’t remember which. I thought, eh, why not? I only took this one because a) I’m not made of money, and b) 4 Red Fruits is a known quantity and c) we’ve already got Tea Palace’s Queen of Berries and so don’t need another soft fruits flavoured tea.

I’ve never had this one before, actually, because I’ve been a bit wary of it being Yunnan black. My relationship with the black teas of Yunnan is a bit fraught. Some of them are really really nice, but some of them also just tastes like drinking liquid hay with pepper in it. I’m not a fan of the latter, but it seems to be mostly the more golden ones that do this.

So I chanced it and am pleased to report, that while there are a bit of golden tips in it, it’s not golden golden. Bodes well.

The aroma has a bit of hay in it though, and something which I can only really describe as ‘horse’, but I don’t really mean that in a bad way. I mean, horses are quite whiffy, but if you are a horse-person, it’s a smell with all sorts of awesome associations to it. What I’m getting at is that the horse-y smell in here doesn’t so much pong of actual horse as it brings on lovely (non-horse-y) associations. I’m not explaining this very well, am I? I’m not even a horse-person myself, although my childhood/teenage self would have LOVED to be one. The closest I come is a friend I had in my teens who had a fat, lazy pony on which she gave me some very basic lessons in posture and how to (in theory, it being a very lazy pony) make it go.

Tastewise, I was sort of expecting a bit more. It’s nice, but it strikes me as a bit thin in the middle notes. The initial notes are strong and the aftertaste is decent, but in the middle there? It’s like it’s not really trying. Like it puts some effort into the front end of the sip and thinks that’s sufficient. If I hold it on my tongue for a little bit, though, I can prolong the initial notes of pepper, a little bit of hay, slight astringency, and slightly burnt toast, but that’s not the same. I’m missing the smoothness and the malty thickness that I know from Keemun and from the Fujian blacks.

This really is an entirely different beast from those. But then again, if you look at the map of China, they’re not exactly grown next door to one another either, so differences are indeed to be expected.

So where does this fall on a scale from ‘peppery liquid hay’ to ‘nice and sweet dark nom’. Oooooh probably right in the middle. It’s taking on qualities of one, but not yet letting go of the those of the other. It’s nice and drinkable, but not really an epiphany in a cup.

Yours I Like This
14 likes
1 comments
Edit
keychange
Delete

Totally know what you mean re the tea reminding you of “horse”, and I am also not a horse person haha.