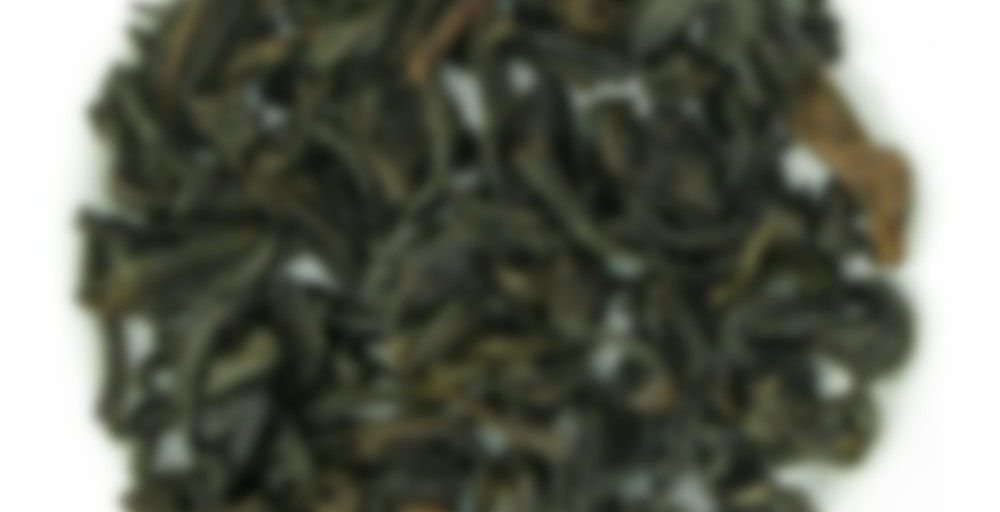 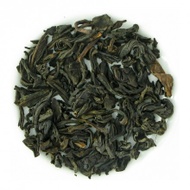 Hi guys. I know I continue to be scarce. It sucks, as I miss you. All I can say is yay for cooler weather! I’m actually cold in the house today, and craving tea for the first time in a while. And what exactly am I craving? Talk about 0 to 60 in 4 seconds… I go from being “meh” about tea to wanting something dark, smoky and as intense as possible.

I have been eyeing this one for a while, I just have, as I’ve said, been knocked off my singlemindedness as far as tea is concerned, and each time I try to stage a comeback it turns out to be too halfhearted to last. As it starts to get colder, I’m holding out more hope.

The first thing I noticed about this one is that it appears to have fluffed in volume between the time I opened the inner cellophane to the time I tried to close the tin. I don’t know whether this is how you’re supposed to do it or not, but with Kusmis I open up the inner cellophane packet, pour the leaves into the tin, and discard the cellophane. This is the first time the tea grew in volume so much that I couldn’t get the tin closed. It was slightly better after spooning some tea into the Breville, but I think it will take a few more servings before it isn’t a bear to close.

It has, as expected, an intensely smoky fragrance in the tin, heavier on the ash and lighter on the salty meat than some others I’ve tried. The liquor is lighter than I expected, a sort of dark honey color. The smoke mellows in the aroma; there’s some malty sweetness lurking under the lightly smoky overlay.

Now for the taste. Hmmm… I am a little disappointed, but I think there is user error here. I have to wonder whether I need to beef up the amount of leaf some (that could be why the liquor is lighter than expected) because it tastes a little faded to me. Almost watery. Kusmi teas are subtle, but in my experience so far that has never translated to watery. I must be rusty in my tea-making skills.

Despite the wateriness, it’s entirely not horrible. It has the smoke, which I was craving, but it doesn’t have the tar/pine/resin thickness of some lapsangs. Nor does it have much in the way of bacon, beef jerky, or other salted meat. I hesitate to conclude this without further experimentation, but my preliminary assessment is it’s a sort of lapsang lite.

I pour it into the tin like that too, but that’s not as much a question of what I think I’m supposed to do as it’s a question can’t be bothered with the stupid cellophane. :) The reason I have tins is so I won’t have to bother with that sort of impractical bag.

I hear ya, Angrboda. Here I go dating myself, but I was never one of those people who just slit through the shrink wrap on the outside of their record albums and kept it on the album either….

Good lord, people did that? O.O