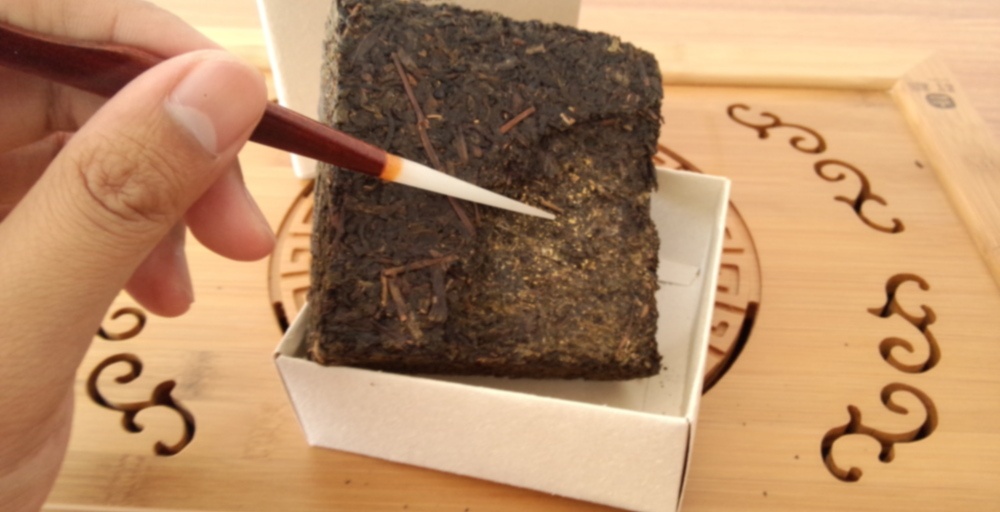 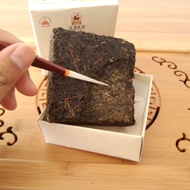 by Jingwei Fu tea
80
You

Brief introduction of Fu brick tea:
Category:
Fu brick tea is the most distinctive tea which is belonging to dark tea in the six kinds teas. which owned by the “golden flower” (coronoid process powder capsule bacteria) is proprietary It is fermented tea with the complate ferment process. So the golden flower is the unique products for Fu brick tea.
Origon:
Fu brick tea is invented in A.D. 1368 by people in Xianyang city, Shaanxi province. They use Hunan tea, sichuan tea as raw materials, and make it by manual product system. It is called “Jingyang brick tea” at that time because the raw material was sent to Jingyang to process.It is also called “Fu tea” because it is made in the dog days of summer. It was produced for offical reason, and sold by the govement, so it is caled ”official tea”. Since the Ming and Qing dynasty, shaanxi merchants came to Jingyang, making and selling it. At that time, they take the majority of Chinese tea market.
Why the tea was made in Jing yang:
First: water from Jing River;
Second: climate in Guanzhong plain;
Third: technology in Shaanxi Jingyang.
These three points come from the experience of people in Shaanxi. Of course, the quality of water and climate are also taking the most important place.
Features:
Fu brick tea is angular with smooth surface, consistent thickness and luxuriant “Dolden Flower”; it is full of fragrance is pure, and tasts smooth. The coronoid bacteria is unique which is commonly known as “golden flower” It is suitable for people in cold area and having greasy foods.
Eight top functions of Fu Brick Tea:
1). Lowering blood lipids: fu tea contains abundant polyphenols, catechins, theaflavins, theanine and tea red pigment, caffeine and mineral elements such as active functional ingredients, showed stronger hypolipidemic effect
2). losing weight, body shaping: inhibiting and controling the proliferation and differentiation of fat, reducing formation of mature fat cells, preventing fat accumulation, adjusting the metabolism of fat and weight control effectively and shaping body.
3). Lowering blood sugar: Fu tea can effectively adjust the levels of insulin of the blood to regulates blood sugar. The tea polyphenol compounds can reduce the blood viscosity, improve blood capillary toughness, prevent microvascular burst. Clinical trials demonstrate that drinking Fu teacan reduce the rate of coronary heart disease (CHD).
4). Lowering uric acid: excessive uric acid in the body can lead to abnormal of xanthine oxidase and adenosine deaminase activity, generate excessive uric acid. While Fu tea can significantly reduce the activity of these two enzymes, and improve conditions of high uric acid hematic disease.
5). Liver protection: research shows that the Fu tea can eliminate the contant of acetaldehyde produced by alcohol metabolism in the liver, reverse the way of acetaldehyde produce ,and to reach the goal of reducing the alcohol damage to liver.
6). Reducing radiation: longterm sun exposure can damage skin easily, foment skin cancer and other diseases. Fu tea can effectively reduce the skin fibroblasts damage by ultraviolet ray radiation and its anti-radiation effect is good.
7). Reduce cancer rate: according to national engineering technology center, Fu tea can control lung cancer cells, can effectively reduce the lung cancer cell proliferation rate, speed up lung cancer cell death rate, the anti-cancer effect is excellent.
8). Promoting the digestion of pepsin and trypsase. It is good for the digestion and absorption of protein, improving gastrointestinal function. Fu tea also can effectively adjust the balance of intestinal flora, to recuperate intestines and stomach function