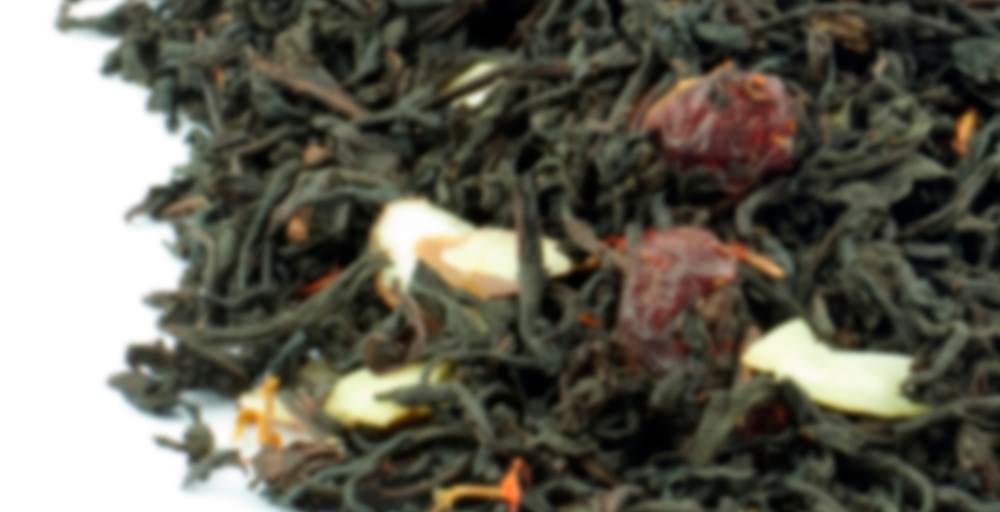 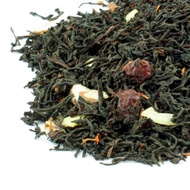 by Jenier World of Teas
76
You

A high quality Ceylon tea is the base for our harmonious blend of Sweet Cherry & Almond flavoured tea. Real almond slices nestle along sweetened cranberries with natural cherry flavouring. A tea to enjoy any time of day, but is particularly great after dinner.

First time I’ve ever shopped with this company. I want to talk about them for a bit, because it’s not a name I’ve seen on Steepster before that I can recall, although they have a fairly large number of teas in the database. I know some of my other European Steepsterites are like me when it comes to looking up unfamiliar companies. There are SO many of them that are based in the US and therefore out of our reach due to shipping fees and/or customs fees or perhaps they don’t even ship outside the US at all. As a consequence we often don’t even bother checking and we are undoubtedly missing out on a bunch of interesting shops. Jenier Teas is based in Scotland and the shopping basket on their website calculates shipping costs automatically for you as you put things in in your own currency(!!!), making it a piece of cake to keep an eye on.

I ordered mostly samples (or mini-packs, as I believe they were listed as on the site), but it didn’t say anywhere that I could see what the quantity of a sample was.

I can now tell you that Jenier’s samples weigh a whopping 25 grams.

Fortunately, they come in ziplocked pouches, except one, which I’ve tinned.

I also received in my order a small handwritten, personalised card in an envelope with my name on it. I’ve commented on this sort of thing before. I believe it was the first time I ordered something from Verdant. It makes me feel a closer connection to the vendor, like I really am a cherished customer, and not just another face in the crowd of people throwing money at them.

So anyway, I bought a load of samples and one tea in a larger quantity. Had I known this would be the size of the samples, I might have shown a little more moderation, but I was not to know this. (On the other hand, knowing that I can buy a fairly significant amount without having to buy a LOT is another thing that will definitely make me want to shop there again.)

Unfortunately it seems that none of the teas that I bought, not one, are in the database already.

I’m feeling quite exhausted so I thought I’d have something that sounded like it might be sweet. When I saw cherries and almonds, I thought it would be some sort of dessert-y marcipan-y concoction, but it isn’t. Not even remotely.

For one thing, it’s quite discreetly flavoured. I can’t really find much in the way of cherries here, and the almonds aren’t marcipan-y at all. They’re more like eating almonds as a nut if you understand what I mean here. Both aspects are definitely almond, but they taste entirely different. It’s very nice, but not at all what I was expecting.

I wonder what the base black is here. It’s a bit tannic and harsh in the background there, so I’m guessing a rougher-end Ceylon or Ceylon-heavy blend. This seems to be a very common tea to use as a base for flavoureds. Checking the information from the shop, it turns out the Ceylon is correctly identified.

So yeah, I’m not wowed by this by any means, but I’m also not discouraged by it. Had it been horrible I’d have been concerned about the rest of my order, you see. I may try to beef the cherry aspect up a bit with another cherry flavoured black that I’ve got.

I love handwritten notes by the vendor! It’s so nice!!

I think there have been a couple reviews recently on this company. thinking about checking them out sometime in the near-ish future

I just got a small order from them recently too! Was getting my daughter a teapot, so added samples as well, of course. None of the ones you got, so will be interested in yours!

Oh, and the company’s teas in the database are very confusing! I think they’re from 3years ago, aren’t on the website anymore, but all say they were last edited by Jason this May, right? No idea what that’s about.

Halliod, that’s the because the company was listed twice in the database, so I asked Jason to merge them under one name. :) But I think you’re right otherwise, they were all from what was available a couple of years ago. There was only one of mine that I didn’t have to enter myself. I couldn’t get the pictures downloaded from the site though, unless it was a teeny tiny one, so that’ll have to wait.

Ah, that explains it! I can add pictures for you at least, as it worked fine for the couple I added.