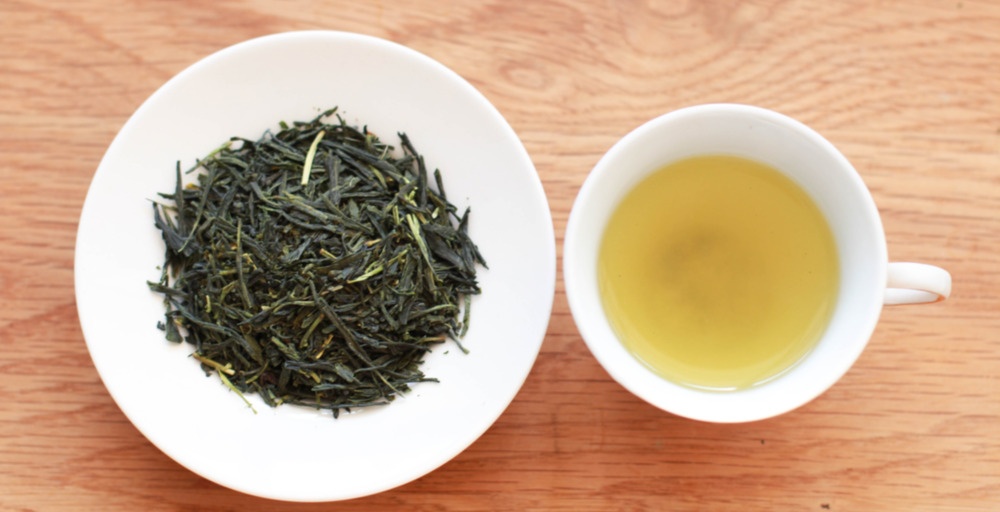 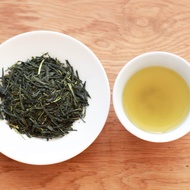 A unique “new world” tea, grown outside Asia in the sunny fields of Wangaratta, Australia.

I enjoyed the texture and look of the finer, grassier Japanese teas. This yielded a somewhat bitter, very spinachy cup. While decent overall, it isn’t really my cup. I prefer my green teas a little less bitter; I have black teas to satisfy that itch!

It’s like a cup of lawn clippings, judging the appearance and aroma. Very springy.

I was surprised by the steeping guidelines (they want me to add BOILING water? Really?), but followed them anyhow. It’s yielded a yellowish green drink, and the grassiness has persisted in both the nose and the mouth. I like the astringency on the back end of the sip, and the bitter spinachness up front.

I’m excited to try the next steeping!

This was really great. A fun tea to try in my Steepster box.

Definitely smelling the grass that others have mentioned, but not as bad and in much more of that classic green tea way. I meant to steep it at boiling like the directions mentioned, but I got distracted so it’s steeping at 172 degrees right now. Oh well. I won’t lie, the smell of this tea just smells…bad. My first thought was rotten eggs, but I don’t want to go that far. I literally had to hold my nose to sip it. The taste is pretty grassy, but that nasty egg taste is lurking in the background. This is getting dumped.

hypem.com is down right now. I have exhausted all avenues to cool-ness. Thus, I sit here writing about tea.

This tea tastes like a mediocre life. Having just seen the enigmatic yet transformative Iggy Azalea at Atlanta’s recent music festival, I feel like I have some authority on the matter.

Leading an unfulfilling life scares me. The scariest part being everyone with the wool over their eyes being led hand-in-hand into the slaughterhouse, singing kumbaya and cooking quiche. Shakespeare could not have imagined a more sardonic future. I haven’t seen RoboCop. Maybe I’m a PU$$Y.

Luckily, we have mavens like IGGY to stave off our ever-quiescent society. The true madonna of our times, Iggy, not only exposes us to the truth (in warning us against falling into a mediocre life) but also fights against a heathen robotic uprising that seeks to prey on our youth!

Just take a peek at Iggy’s unparalleled PU$$Y linked below. The predatory robotic voice emphatically belts out “Pussy. Pussy. Pussy.” A cold, driven emotion lies underneath his articulate facade. What are his motivations? Clearly, Iggy is lashing out against the over-sexualization in society. What long term effects must we suffer before we see how our fleshy fetish will condemn us?

I can’t speak for her, but I believe that Iggy isn’t trying to shelter our children per say, but she does try to protect the collective innocence. Unfortunately, there are the unenlightened among us that clearly misunderstand Iggy’s artistic virtues. Below is an excerpt from saboteur365’s April 27th blog post:

“The one thing these Illuminati creations all have in common, whether they be Iggy, Gaga, Paris, Kim, or others, is their Satanic lifestyles, which they promote through video, music, TV, and film. The message is clear and it’s aimed at children: Worship Satan. Satan will reward you. It’s the Illuminati at work, doing what they do, which is enslaving humanity in its Satanic grip.”

But I don’t want to let some radical fundamentalist nonsense derail my tea review! The Australian(s) is great – it has a dry grass, almost zucchini taste to it, with inviting whiffs akin to boiling spaghetti.

This is the first Shincha that I’ve tried that actually smelled like grass. That term gets used a lot in describing tea but this really does smell and of course, look like dried cut grass. As I smell deeper, there are a few notes of cream.
I am a little shocked by the 212F temp too but I’m following directions lol.
After I see the wet leaf, it is more understandable the 212F temp. The wet leaves are very strong and I would describe them as semi-waxy. They are very pretty and hearty.
The liquor is a light spring yellow green color and it smells like grass as well.
The flavor is also a touch of grass but there is a cream note in there as well. There is a touch of bitter but it’s an enjoyable bitter not offensive.
I’m glad I’m having this after lunch because I have a feeling there is high caffeine to this and also I want food in my stomach.
Overall, very interesting tea and it’s cool that it comes from Victoria, Australia.

Cool to find a new tea company to check out too because I was not aware of Ito En.

From the Steepster Select Box; September, 2014

I’ll definitely have to try this with the recommended parameters and see how different it is. :P

Yes, you should try a Japanese shincha as well so you can see the difference in the leaves because these are far out. I tried to find which varietal leaf this is on the Ito En site but it doesn’t say. Australia is hot so it is a hearty one for sure.

This tea is from September’s Steepster Select box. I was excited to find it there because it seems like a unique region and because I’ve never had a shincha before. The leaves are a dark and rich green with some yellow tones, and they look as if they’ve been rolled up long-ways (as in, rolled along the long edge into long tubes, if that makes sense). Dry scent is sweet and vegetal with some slight grassiness and a nice nutty smell. The directions recommended a 3 minute steep at boiling, which kind of made my eyes bug out of my head. Not knowing whether shincha required vastly different parameters, I asked in Steepster chat, and they thought it sounded insane too. So I did a 1 minute steep and 175 degrees instead.

Once brewed, the tea smells very sweet and creamy with a nice spinach aroma. Oh yum! The vegetal flavor starts out somewhat mild, but somewhere mid-sip it becomes suddenly intense and amazing! There’s a mixture of steamed spinach and butternut squash, and it’s very creamy and sweet. There’s the slightest amount of pleasant mineral flavor, like clean water from a stream, along with a light seaweed taste. The aftertaste is deep, sweet, and vegetal, and it lingers nicely. Super delicious!

I thought I sent you some Night Shincha from Upton’s…Or was that someone else? (scratches head)

I guess it was someone else. You’ve been holding out on me! :P

I finished it a while ago D:

First steep was quick and colorful with a light almost neon green color and a slightly earthy scent with a burst of green and fresh cut grass after sipping. The tea has a full bodied floral element to it in the background both in aroma and in taste.

I ran the second steep a bit quick to see how the flavors develop but I find it to be a bit astringent on the second pass without as much of the florals or grass. Still a very clean bright color and good taste

This just arrived the other day as part of my Steepster select subscription, so I’m drinking it during a slow day at work. Since I can’t brew it with the recomended directions, I improvised, using an 8oz cup, a finum brew basket, and boiled tap water. I let the water sit for a good 10 minutes to cool off, I’m not a fan of the bitterness that overwhelms the flavor of Japanese-style greens when brewed too hot.

After steeping for 2-2.5 minutes, I decided to see what the aroma was like, and was pleasantly surprised. It actually smells sweetly herbaceous/grassy, and reminds me a bit of when I used to “help” (read – get in the way and slow down the process of) my grandfather make hay on his farm. The flavor is a bit more conventional, grassy and a bit stringent, aftertaste lingers on the hard palate for a good minute and a half. Seems like a good everyday tea, nothing that makes me want to hoard it away (like my golden fleece, that’s only for special occasions), but still better than your average Japanese-style green. I’ll write more after the next steep.

Well, the second steep was fairly bland and generic. Most japanese-style teas lose a lot of flavor quickly, but this went from “interesting” to “upper middle class”. Good, but not great, lost both the astringency and the sweetness, not much else to say.