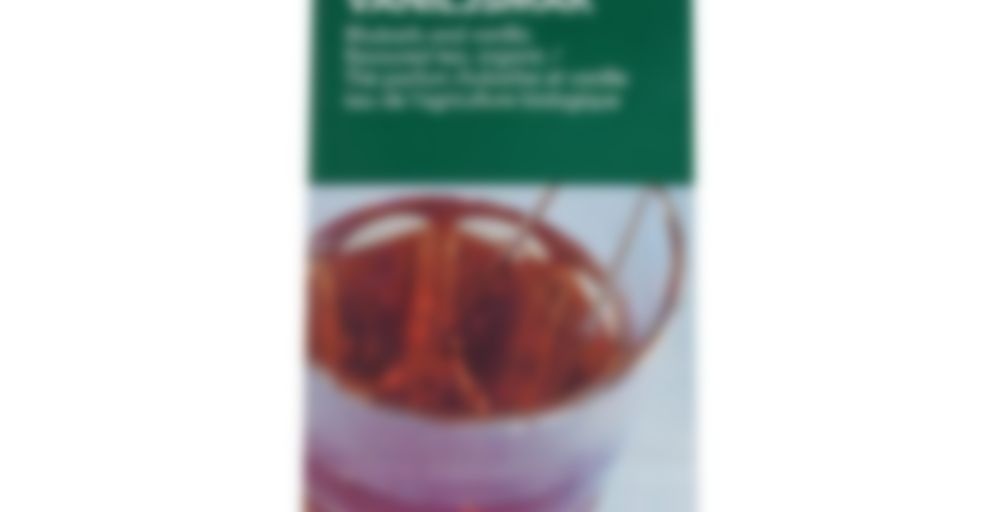 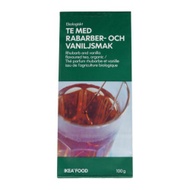 I am logging this as a sipdown (102) because even though there is a little left, that is going into a blend of iced teas, so this will be the last unadultered session that I have with this tea.

I had a ton of this tea. An entire 100g pouch (which is a ton for me!), and I didn’t even like it that much. I’ve also had it for probably 4 or 5 years. But I did find that I enjoyed it well enough cold brewed, so that’s what I’ve been doing for the last couple of months… regular cold brews, nearly every other day, and now it’s gone. It was kind of one of those teas I never thought would be gone, haha.

Oh, steepster. The reasons for my absence are manifold but positive. A book to write, a new boy to date, a birthday month and much travel, two separate bouts of illness (flu, 1; head-cold with lingering cough, 1) which may or may not be related to the aforementioned travel, and the fall video-game release blitz have together conspired to keep me happily drained and preoccupied to the extent that what little remaining energy I have has been diverted to things other than writing tasting notes. I have been sticking with tried and true favorites. I have not purchased tea in over a month. This may be a good time to purchase lift tickets in hell.

Last night I was feeling bored with the usual suspects, and I’ve had this left over from my swap with Auggy, so I decided to give it a brew. I didn’t notice until I actually sat down with it that it also contained vanilla (I probably could’ve deduced this from the name, admittedly) — but that is, in fact, the greater portion of the forward flavor in this cup, and it dominates the aroma. Once you sip, you get the warm fuzzy tongue-hug of vanilla immediately, and this gives way to a noticeable sweetness and the very, very slightly sweet flavor rhubarb mixed in. It’s not quite tart the way that rhubarb is, but there’s an astringency in the cup that seems to play into the memory of that tartness…and it’s not rhubarb-as-seen-in-strawberry-rhubarb-pie, but rhubarb the way it tastes when you get stalks of it fresh and eat it that way, only scaled back and toned down enough to not cause your mouth to pucker. It’s a very subtle flavor, but not difficult to spot — maybe ‘gentle’ is a better word than ‘subtle’.

Something about the tea reminds me of the flavored blends from 52teas — the apple flavors in particular. I don’t know if that’s the leaf or just a consequence of the rhubarb flavor. I am indecisive.

They say ‘Keemun’ for the leaf. I can see it. It just doesn’t have much character as Keemuns go; most of what you’d expect from it gets swallowed up by the vanilla, which is perhaps the point.

Not bad! Not something I’ll be looking to replace, but I like it better than I thought I would, and I’d be interested in trying other teas like it — which is apparently not as unlikely as it sounds; in searching for this online I discovered another vanilla-rhubarb tea from Sweden, produced by Friggs, whom I know from previous conversations with a Belgian friend of mine produces some kind of magical blabar (blueberry) tea. And I remember that because, blabar is an awesome word for ‘blueberry’, and anytime my friend says ‘Friggs-Blabar’ it entertains me.

Exciting times for you! [Minus the sickness.] I had no idea IKEA had tea, though I can’t say I’m all that surprised. On a slightly separate note, has anyone ever gotten that sparkling pear drink from IKEA? It is the SHIZZ.

Oooh, you DO have a lot going on! Which video games to you plan to pick up? I’m pretty jazzed about Fable III coming out on Tuesday.

Tak— I haven’t set foot in an Ikea for ages, to be honest! But sparkling pear sounds amazing. I’m a sucker for sparkling-just-about-anything.

Lena— I am SO BEHIND. Limited time for steepster means limited time for everything, and I’ve got a huge stack of unfinished games that go back to before the release of Halo: Reach. I lost 3 days of my life when Civilization V came out. I have hardly cracked Dead Rising 2. I’m scrambling to finish my Fallout 3 game, because Fallout: New Vegas just came out. I lost another couple of evenings to Amnesia: The Dark Descent (which, I will say, is the scariest game I have ever played, and with the horror genre of games being something of a pet genre for me, I like to think that I am no slouch in that department). Fable III looks pretty good! Rock Band 3 will be out soon, too. CoD: Black Ops, Assassin’s Creed: Brotherhood…the Splatterhouse reboot looks like it might be half-decent. Tron Evolution, WoW’s Cataclysm expansion, Gran Turismo V…and then getting into 2011 things like Portal 2, Dead Space 2, Little Big Planet 2… There’s a whole ton of other stuff in there, but those are just off of the top of my head!

I joke with my friends who are in production-timeline-oriented jobs (tech, politics, etc) that the fall blitz is my ‘busy season’.

This tea was also insanely cheap – something like $3.50 for 4oz? – so I wasn’t expecting much either but it turned out pretty good (I think). Ikea also has a blueberry something or other tea which I didn’t get since I’m not a blueberry fan but I imagine would be equally decent for the price.

Homygod. Civ V sucked me into a black hole for a good week or so. I’m only now playing Dragon Age, which is rather mortifying. Incredibly excited to get my hands on Fable III…

Dragon Age is fantastic. They’ve completely overhauled the second one to make it play more like Mass Effect (why would you do this, I ask, when DA is the most successful game Bioware has ever made? Why remake it to be more like a less popular title? I can only imagine production costs/times are at fault, but damn — I liked it for a reason!). Mages with crowd-control spells FTW.

sophistre, takgoti, I feel your pain. Civ V sucked away roughly a week of my life when I first got it! P.S. Getting a cultural victory past Warlord is near impossible for me Q_Q

When I was at Ikea the other day, I couldn’t resist picking this up. First off, it’s rhubarb flavored. I’ve never had a rhubarb tea before (shoot, I’ve only had rhubarb itself maybe twice, both times in pie form) and I’m always up for something novel, even if it ends up icky. Second, it was cheap ($2.50 for 3.5oz!) so even if it was icky, I wasn’t going to feel bad about blowing a couple of bucks on it. Third, it’s tea and apparently I have a disease that makes me compulsively purchase tea whenever I see it for sale.

This tea is definitely more vanilla than it is rhubarb but it’s a pink-tinted vanilla. There’s vanilla but it has a noticeable hint of something else that just tastes lightly pink. (Or maybe that’s just me. Does anyone else ever taste colors? And I’m not talking about when you eat fingerpaints.) Eventually I figured out what the pink taste made me think of – lychee. Yeah, yeah, I know. This is rhubarb. But I still think this tastes like a lychee tea, though more on the lychee fruit end, not lychee flower end (no hint of rose). Of course, this could be because my only exposure to rhubarb has been in pie-form and, since I didn’t add half a cup of sugar to my mug this morning, I don’t really taste the similarities. Not that I’m much more versed in lychee – I think I’ve had lychee once but I have had a couple of different lychee teas and that has to count for something, right?

Funny that the base is black… I’ve never seen that before either. I mean, I’ve seen others post about this one, but I didn’t know until now that it was based on a black. I have a green tea with rhubarb from Adagio that… I think it was TeaEqualsBliss that sent it to me. You might want to try a green rhubarb tea if you come across it. I think the acidic rhubarb flavour suits the green tea flavour much better than I would imagine it would work in a black.

Hmm. That could be why they mix it with vanilla for a black then, adding a sweetness/softness that perhaps blends better? I’ll have to keep my eye out for a rhubarb green… and an actual rhubarb so I can see what it is supposed to taste like!

OMG I have that disease too!!!!

I would kill to have an IKEA close by. I have to go to Atlanta.

I’m a synethesiac as well.

After the weirdness with the French Breakfast tea this morning, I wanted to give a full cup of something a try. So, I made a cup of this.

I bought this maybe six months ago on an Ikea outing. My husband loves rhubarb, so I thought it might convert him to tea. Since we hadn’t opened it until this morning, my plan obviously didn’t work. :) It’s a nice cup. The vanilla stands out more than the rhubarb. I added a bit of agave nectar, which really rounded out the flavors.

It has a “best by” date of a few weeks from now, so I doubt I’ll be able to finish it all. But I’ll certainly be trying to get a few more cups in before then. I might even try this to make a pitcher of sweet tea now that we’re entering warmer weather….

Slightly more bite than Ikea’s blueberry Keemun counterpart, it holds up really well to the milk + sugar treatment. May be too bitey without the milk, though.

I adore This tea, but am unable to use the sliding rating scale on my ipad. Anyway, I fear this tea may have been discontinued by IKEA. The Friggs is not black tea, and it comes in bags (I prefer loose). Does anyone have info on whether Ikea has permanently discontinued this tea? I am having a hard time getting clear info from Ikea.

Lightly sweet with many hints of berry flavoring. Overall a satisfying (and satisfyingly inexpensive) loose leaf tea from one of my favorite places, Ikea.