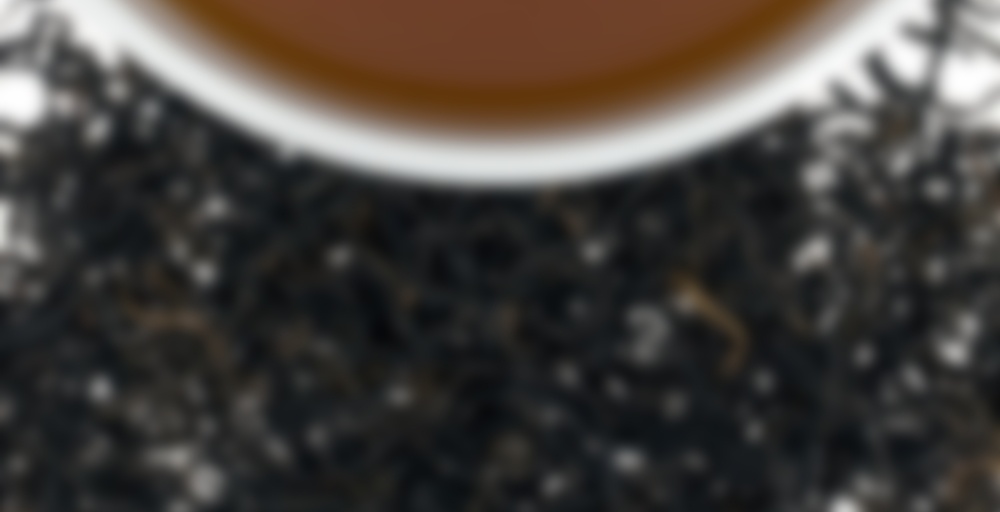 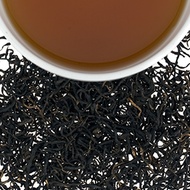 Large, twisted, jet black leaves brew into a medium bodied, smooth yet flavorful cup. Tastes of cocoa, spice and light roast swirl together and linger on the tongue. Similar in profile to a Keemun tea.

"After buying Keemuns in China, we made a quick trip to Terra Incognita: Jiangxi Province, China. As we rolled up the mountain and into a small village, we were told that we were the first western tea buyers to visit this tiny village (Yangjiaping) that is devoted to tea. We walked up to the top of the mountain, and our friends told us to look down into the valley. They said the view was of the region around Keemun, so we thought that there was some hope for good teas. On the way down, they pointed out some wild tea bushes. After a nice meal, we tasted them and bought all of the crop that was still available. We loved its sweet and toasty flavors. " – Michael Harney

While I liked this tea it struck me as a bit one note. Less complex and less layered in flavor than say a Keemun or Assam. Still it was fun to try a wild grown tea.

This was yet another of the Harney & Sons black tea samples I purchased last year. This tea has now been out of stock for some time and I have no clue if or when it will again be available. All I know about it is that it was a type of black tea from Jiangxi Province, specifically a part of Jiangxi that is close to Qimen County, Anhui Province. Due to the close proximity of the two, the terroir of Qimen County is supposedly very similar to that of the village in Jiangxi that produced this tea. Harney & Sons insisted that this tea was similar to the more famous Keemun black teas produced in Qimen County because of this. I found that there was truth in that assertion, though I would probably not mistake this tea for a Keemun under most circumstances. Actually, while I’m at it, I will blaspheme a bit and say that I preferred this tea to most of the Keemun black teas I have tried to this point.

Prior to the rinse, I detected aromas of honey and sweet potato emanating from the dry tea leaves. There was a hint of malt too. After the rinse, I found new aromas of roasted nuts and brown toast. The first infusion then revealed scents of pine and cinnamon. In the mouth, the tea liquor offered notes of malt, brown toast, honey, sweet potato, cinnamon, and pine with some underlying roasted walnut character. The following infusions then quickly revealed impressions of caramel, molasses, roasted chestnut, ginger, cedar, butter, and minerals as well as subtler notes of cocoa and candied orange peel. The final series of infusions mostly offered notes of minerals, sweet potato, honey, roasted nuts, and cocoa plus scattered touches of ginger, candied orange peel, and pine.

This was an excellent black tea from an entirely unexpected locale. I have never heard much of anything about the black teas of Jiangxi Province and I do not recall trying any prior to trying this tea. Though the leaf appearance was similar to most Keemuns and there were several similarities in this tea’s aroma and flavor profiles, this was more savory, more prominently nutty, and far less smoky, fruity, and leathery than most Keemuns I have tried. As a matter of fact, I did not find this tea to be smoky or leathery in the least and it displayed minimal fruity character. In some ways, I think this tea struck me as perhaps being more similar to some of the Fujian black teas I have tried than most Keemuns. Overall, it was impressive and definitely worth trying. If Harney & Sons were to ever procure more, I would strongly recommend that those who have an interest in Chinese black teas give it a try.

Wow, what an enticing review: wants me to try it immediately! I will keep an eye on when this tea will become available again. Harney & Sons do have some Chinese tea that are quite affordable and surprisingly good.