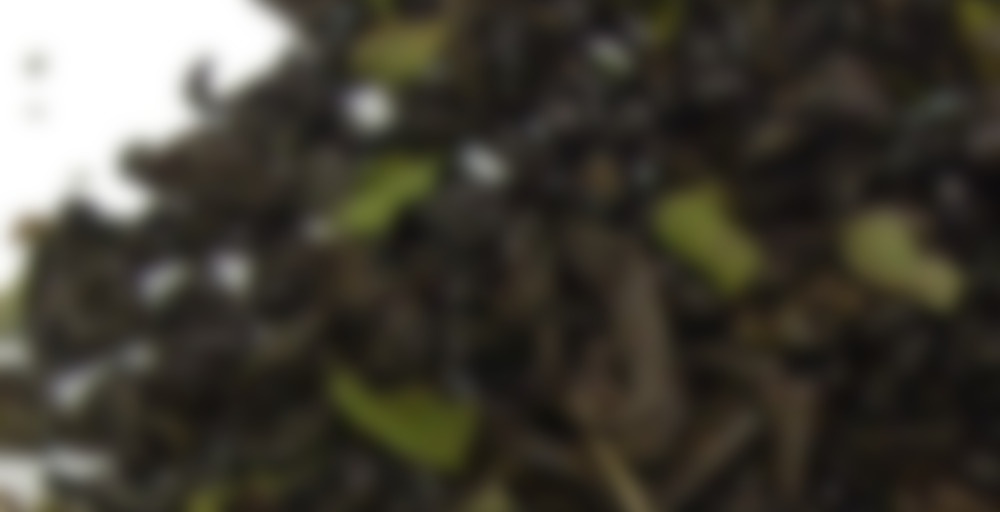 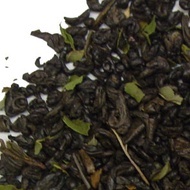 Our “take” on the traditional Arabian beverage. Gunpowder Green tea is blended with aromatic Peppermint leaves from Oregon to impart a unique brisk green tea experience.

With all of the references on Steepster about how good Moroccan Mint teas are iced, I had to give it a go. I know this is traditionally a sweetened tea, but I had to try it neat.

Mmmm. Very refreshing. I get a bite of smokiness from the gunpowder green, and a hint of refreshing mint. Man, I think this would be the ideal iced tea for a very, very hot day. (I might add some more comments after I get farther into the pitcher.)

I used my usual hot brewing method for iced tea. The water was a little cooler than boiling, I only steeped 3 minutes, and I used 4 perfect tsp of tea for my teapot, then transferred to my pitcher with ice. Added water up to about a 60 oz. volume.

I haven’t tried the H&S Moroccan Mint yet. I love the ones with spearmint so I just don’t know if I would like this one.

Why don’t I send you some of the Tin Roof Teas one? It is my favorite! I think I still have your address. If I don’t, I will PM you!

So, my tea stash had started to dwindle. I decided it was time to get around to tasting all the Harney & Sons teas I’ve had my eye on, so I made a big order of samples. And in addition to what I ordered, they sent along five other single-bag samples! I have so much tea to review!

Moroccan mints, in my previous experience, tend to all be very similar. This one is a little more on the bitter and astringent side of things, but that’s because it’s not just pure dried herb. About a third of it seems to be gunpowder green tea leaves. But that certainly doesn’t take any flavor away from the peppermint. It still leaves a soothing, tingly feeling in my mouth. I’ll be happy to finish this tasty blend, but I think I prefer the Arbor Teas version.

My sis is the best :) She sent me another tea care package! I have one going out to her tomorrow.

This was the first of the teas for me to try. I like the smooth mint flavor with the green. It soothed my dry raw throat. I could see this being my go to minty tea. Yum!

Since this is a ubiquitous species of tea I’ll just note that the H&S version is a solid, go to Moroccan Mint, but I have noticed the blend to vary from batch to batch (at least those that I’ve purchased). Not a bad thing, per say. The mint flavor and aroma in my current tin are somewhat subtle but discernible. This is a nice tea after a meal. I will say however that I do prefer Mary’s version at Chaiwalla Tea House in Salisbury, CT.

I’m drinking this tonight iced. It is helping to reduce the local heat index by at least 5 degrees. Fresh and sweet without any sweetener added.

Second H&S sample. I failed to realize this was green tea until I’d already added boiling water, so it wasn’t properly prepared. Still, it’s tasty! I live in the Willamette Valley, where the peppermint in this tea is grown. It’s some of the cleanest, most aromatic peppermint anywhere and I can tell that’s what is in this blend.

I’m enjoying this, but it feels like drinking herbal tea. Not quite what I was after. I think I will adore this tea iced, however. Something is not firing on all cylinders, and I think it’s the temperature.

I’m a fan of Moroccan Mint teas, so when I placed my recent H&S order I threw a tin of it into my cart. This is my first time trying this blend from this company, but it’s a pretty standard MM. The peppermint is strong but not overpowering. I can still taste the smokiness of the gunpowder green tea as well as a slight vegetal note. I can see this getting bitter if it’s over brewed, but following the directions (175 degrees for 3 minutes) produces a nice cuppa.

I had this hot today, and while it didn’t blow my socks off I did enjoy it. I can also see it being great as an iced or cold brewed tea. Maybe I’ll try that later today.

Nice – very minty, doesn’t completely overpower the green tea. I’m a fan of mint in general and the flavor on this one seems different and better than others I’ve tried somehow. That’s all I’ll say for now, cause I’ve been writing about tea enough this morning!

This is a solid Gun Powder green tea, that happens to be mixed with some mint. I can imagine it would work well cold brewed to bring out the mint taste, and bring down the astringent characteristics of the green tea, fairly common in gun powder varieties. As a hot tea, the mint is subtle, more of a feeling in your mouth than a taste. Disappointingly, the mint smell dissipates after brewing – unlike the strong smell that wafts from the newly opened tin.
This is very temperature sensitive tea – loosing flavor profiles when over steeped or if the water is too hot. Re-steeping should be limited to once before the flavors get muddled. Re-steeping does not improve the flavor, but with the very light mint flavor after re-steeping, it is a wonderful afternoon drink, and pairs well with dark chocolate.

no, just no. I have mentioned this tea is finicky and has to be watched very closely, so I’m not sure why I decided to try and make it this morning when my brain felt foggy. Slightly over-steeped it and it tasted like I has steeped ground up cigarette butts. Two sips and I dumped it out.

Oh my. I’m sorry this tea was not to your liking, but I did have to laugh at your very interesting flavor comparison :p