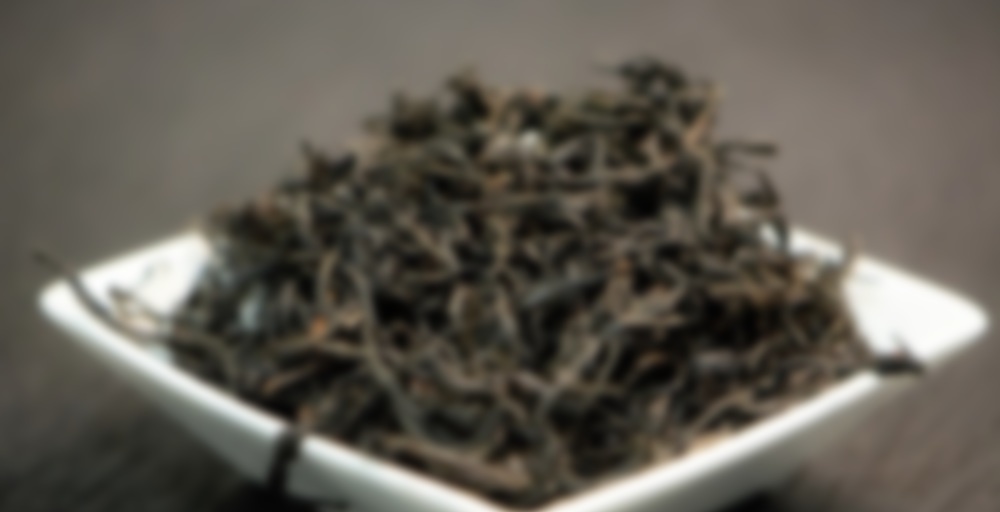 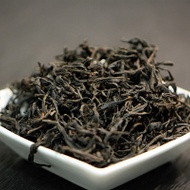 Nearly 80 years ago, the first Assam cultivar was brought to the hills around Sun Moon Lake in Nantou, Taiwan. 80 years of cultivation and research later, #18 Red Jade is born. We are proud to introduce the Sun Moon Lake Tea – a black tea that brews to a deep earthy red color, with hints of cinnamon, camphor, roasted chestnut and malt. It is a robust tea but the tannins are well controlled and balanced, resulting in a creamy and smooth mouthful. Never bitter or astringent. A rare and truly outstanding tea.

Brewing this tea lighter was what did the trick for me-I would estimate 3 grams or less in 6 oz and I kept returning to it whenever I would brew this amber beauty up. The menthol was there, but it was not as strong. I got more caramel, butter, and some sweet fruity notes in the viscosity. I got the citrus, amidst the smooth malt. I was getting some red grape hints in the malt-I know, weird note since I already had citrus, but they were hovering in the middle of the second steeps cool down. The third steep smelled like a saffrony malty black tea, a little cooked tomato like. The after taste of this one reminded me of rose hip beginning at the mid sip. I’d be interested to see if anyone else got that.

I can say I enjoyed this more as I savored the sample and it is without a doubt a high quality black tea. As much as I was impressed by this one and would recommend it, it still is not something that I would make a staple in my cabinet out of sheer preferences. This black tea is without a doubt versatile, and fits perfectly into what I think anything Assam like should taste like, this really is a hong cha mouthfeel snob’s tea.

Everyone should pity Ben’s grandfather, who overheard me talking about Kansas and Tyrannosaurus rex and discovery at a family event yesterday. A local museum has the cast of the first rex skeleton ever discovered and I knew it had something to do with Kansas but couldn’t remember what and told him I would email him the details later. Turns out the discoverer was from Kansas, and I could have put that in the email and called it a day but noooo, see he asked about Paleontology and that is the most dangerous thing to ask me about. So Ben’s poor grandfather just received a massive email about all of Kansas’s Paleontological history, details about the Permian-Triassic Extinction Event (Because I will always talk about the Great Dying given the slightest chance) the best place for fossils to form and how location effects the fossil record. I have a feeling no one in Ben’s family will ever ask me about dinosaurs again, the same thing happened last time someone asked me about tea, at least I left them with a nice nugget of information!

Today’s tea is one that never sticks around in my stash very long, a long time favorite, Sun Moon Lake Tea (#18 Red Jade) this one from Golden Tea Leaf. One of the reasons this is one of my favorites is each one I have had is different, it is fascinating, you can certainly tell they are all Red Jades, but they each have some wildly different but similar note, kinda like the difference between different kinds of chocolate. Some are sassafrasy, some like cherry, some menthol, some cinnamon…it is always an adventure with this tea. Notes of cloves, dried cherries, freshly cut tomatoes, sassafras, malt, and finish of woodiness and molasses waft from the pile of leaves. It is both sharp and sweet, almost tingly in my nose, and of course I love the sassafras note. I did find the tomato note to be very surprising, I have run into many red teas that have either tomato leaves or sun dried tomatoes as a note, but this is the first time I have smelled one where it is like someone handed me a fresh from the garden just sliced Roma.

I decided since the tea is named (among many things) Red Jade to use my red rice pattern set, it seemed fitting. After the first steeping the leaves are so potent, practically exploding with intense aroma, notes of cloves, menthol, and sassafras just wash over me, it is wonderful and invigorating. After this initial flood of intense notes, gentle notes of malt and chestnut with a very gentle tomato quality greet my nose. The liquid is intense as well, strong cloves and sassafras, only a gentle sweetness with a burst of menthol in the middle and a finish of strong tomatoes, it is very strong and brisk.

On the first sip I was surprised by a burst of sweetness, this tea is usually quite sweet in taste and aroma, but with the aroma this time around being less focused on malty honey sweetness I expected the taste to be more brisk than sweet. The mouthfeel is pleasantly tingly and smooth, it seems a contradiction, but it works really well. Strong notes of sassafras and menthol at the front with a building menthol in the middle, towards the end a savory tomato note pops up and then finished with a cinnamon honey note that lingers for quite a while.

This steep has evolved into something new and exciting! Less sweet and more intense, a starting note of dark chocolate and saffron with a cardamon finish. New idea, one day make a Red Jade Masala Chai…assuming I can convince myself to add milk and sugar, the idea seems heinous. The end of this tea is where the sweetness lies, along with the cloves and sassafras, both lingering into the aftertaste. I was seriously in love with the saffron note, anytime a tea has that naturally (and not from added saffron) it immediately jumps to the top of my favorites list.

The third steep might be my favorite, ramping up the sweetness to be more like the first, so it is dripping with honey and caramelized sugar. Then of course is a rich cocoa and saffron, a nice tingly burst of cloves and sassafras in the middle with a distant wisp of tomato. The finish brings in a mellow cinnamon that lingers into the aftertaste. Of course since this is a Red Jade I am going to push this tea until there is nothing left, which came around steep seven, so it has decent longevity.

For blog and photos: http://ramblingbutterflythoughts.blogspot.com/2016/10/golden-tea-leaf-sun-moon-lake-tea-18.html

Red Jade Masala Chai sounds intriguing! If you were to make it, would it be brewed like traditional masala chai?

Yep! Though I would probably go super light on spices since the tea has those notes and I don’t want to lose them.

Warming me inside out! what a nice tea.

The Sun Moon Lake Black Tea tastes mellow. ok. now that I have spent some time with this tea. This is good. at first, I was very surprised and can’t really find my words for this tea. first, I bought this tea loose. only 50g. then I realized how much I like this tea. it brews to a deep red/brown color. and just amazing. it’s a mellow tea, but complex. I’d say go taste it, and you will see for yourself.

I would definitely recommend this unique tea. Though the price is not for the faint of heart. This is a very small production and rare #18 cultivar. This is a very distant cousin of Assam, but after 80 years of refinement, it takes on different dimensions. Hints of cinnamon, camphor, a very very slight citrus, caramel. The color is deep earthy red, just beautiful. Never bitter, even if you forgot how long you brewed it for. it happens to me…a lot in the mornings.