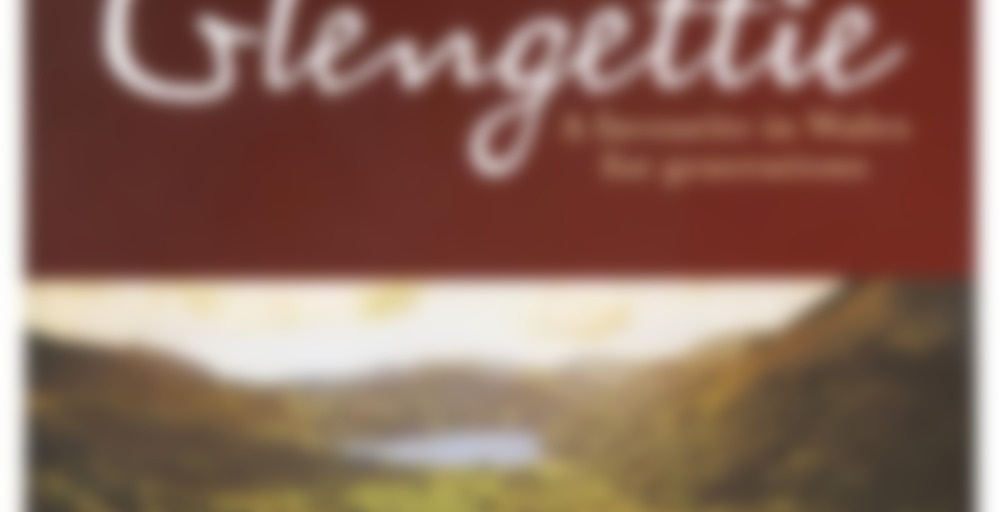 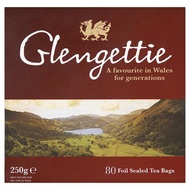 Glengettie Tea – A favourite in Wales for generations

The combination of distinctive flavour and quality has made Glengettie a favourite in Wales for many years.

This tea has been specially designed to complement the region’s soft water and was developed and introduced to Wales almost 50 years ago. Glengettie’s reputation has been handed down from generation to generation meaning that, in Wales, there’s always time for a nice cup of Glengettie.

The Glengettie range is available from all leading supermarkets and grocers, predominantly in Wales and surrounding area

I have been woefully absent from Steepster (and Twitter) as of late. Goodness, I can’t even think about how long it’s been since I’ve updated my blog. My tea drinking has suffered tremendously too – which we all know is a VERY. BAD. THING. ;) I hadn’t abandoned my tea entirely, it’s just that with all the stress and whatnot, I was reaching for some old favourites, and more recently, a new favourite as well. While my all time favourite has been Yorkshire Gold, a tea that I reach for during times of illness, stress, heartache, or (dare I say it?) sheer laziness – ok, is laziness really the right word? Maybe yes, maybe no. It isn’t wrong to want a tea that is no fuss, no muss, and will bring you the happy, soothing feelings, right?

Anyway, a couple of months ago, (perhaps less than that – my concept of time tends to vary wildly lol) I discovered Glengettie tea from Wales. I purchased it at the time because I love all things Welsh, (and I was absolutely charmed by the fact that the writing on the box is in both English and Welsh – yay!) but after the first cup, I was sold! Pretty much every cup that I’ve ingested since my absence from Steepster has been Glengettie. I’ve been brewing it strong, and adding massive wallops of honey in it (see my Yorkshire Gold brewing scale based on emotional/physical need review) and it has been just what I have needed.

I confess that over the past months, I haven’t been paying too close attention to the notes of it, other than it’s got a nice kick when you brew it for a long time, and is on the malty side – similar to Irish breakfast, which I love. Honestly, with the amount of honey that I’ve been adding to the brew, it’s a wonder I can taste anything at all – but I can, and the overall effect is hearty, and comforting – just what I need. I can see why it has been a favourite of the Welsh for so long – it brews up dark, rich and hale.

If the tea makes you happy, that’s all that matters. Welcome back, and I hope your life becomes less stressful soon!

Thank you both Bonnie and CHAroma for your kind words :) Blessings to you both!

The local Welsh Association sold this for fundraising. A much more healthful purchase than the Butteryball Butter Shortbread, to be sure.
The color is a DARK red brown, even though I used ice to make it cold and weaker. I can smell peat moss and Ceylon tea from ten feet away.
I took a sip and nearly choked. This tea tried to strangle me! I definately can see exhausted Welsh coalminers drinking this then jumping up and digging tunnel straight to China! It’s bitter and with a general “Indian black blend” taste similar to Irish Breakfast, very well suited as an eyeopener. I don’t think I’ll drink this for enjoyment, though.

I should preface my note on this by saying that there is a fair amount of disagreement over this tea in my household. In my opinion, it’s absolutely wonderful. However, others have found it to be overly strong and bitter. So, it is not a tea for everyone.

That said, it brews a strong, rich black tea. It can, I suppose, be a little on the bitter side (don’t leave the tea bags or strainer sitting in the pot all afternoon), but I drink it with milk and sugar and find the taste to be quite nice. It’s particularly pleasant on cold rainy days – it certainly warms you right up.

Had a doctor’s appointment this morning and could only have straight black tea due to a blood draw. I’ve been trying to work through this MASSIVE package of Welsh black tea bags I won from the International Online Tea Festival last year.

This is a very brisk, dark tea. Malty and bready, with a sort of metallic/mineral quality toward the end of the sip. Has a slight citrus note when it cools down. I only brewed one bag of this CTC for 2 minutes in 350ml of hot water, and that was probably my limit before this would’ve been too astringent for me to drink plain. Easy tea to brew strong and dark for English-style milk-and-honey treatment. I’ve mainly been drinking it as iced tea, using four teabags left overnight in one liter of cold water in the fridge, and 2g of Amacha herb as sweetener.

Not my favorite for a breakfast blend, but totally servicable. Works really well for the sweet iced tea cold brew.

Simply based on historical novels and mysteries alone, I would expect Welsh teas to pack a punch. (Have you sampled any of the Barker & Llewellyn mysteries by Will Thomas?)

This stuff definitely packs a punch! I have not read those, but my interests have been swinging towards mystery genre lately, so I’ll have to see what we have at the library where I work. :-)

Youngest and I read the Barker and Llewellyn books aloud years ago. Love reading aloud! Ashman and I are currently working our way through the Flavia DeLuce series, which I have read before but he has not.

Leafy malty aroma, medium high bitterness. It tastes more complexed when it’s warm rather than freshly-brewed-hot, I like that roasty flavour.

Another gift from Sara!

I can pick up a little malty note and some astrigency. Oh, there’s a bit of a citrusy note. It’s a pretty basic black tea, would probably go well with some milk of your choice and served with tea sandwiches or a burger.