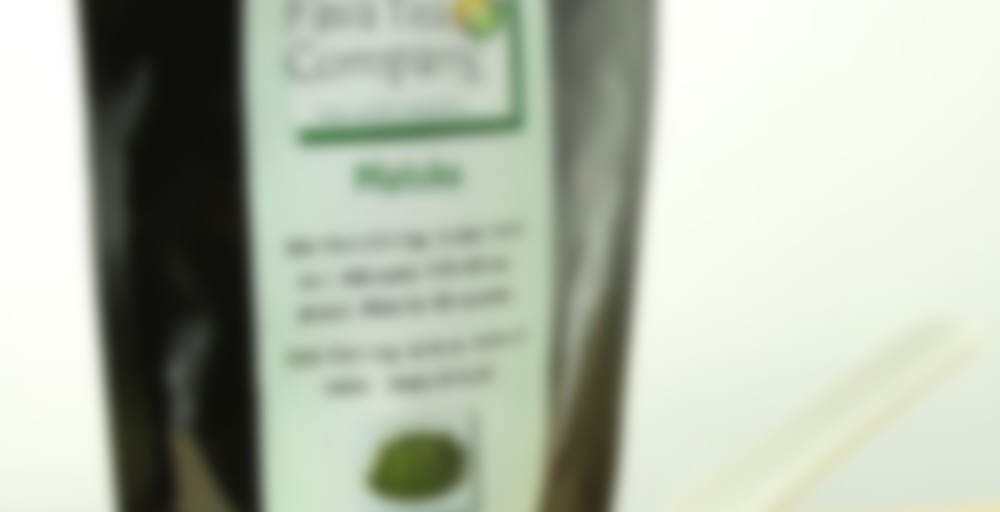 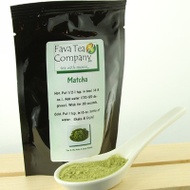 Matcha is a green tea that has been ground into a powder. You consume the whole leaf, so you get the maximum benefit of healthy green tea! Fava Tea’s matcha is a very high-quality, ceremonial grade green tea. Comes in a 2-ounce packet.

Grumble…Grumble…Sigh…Grumble…Grumble…Grrr…Grumble…Grumble… OK, let me explain. The theme for this week’s Vegan Dinner Night with my friends was smoothies. I instantly thought to bring matcha (I often do and it goes over very well!), but that required a trip to my local tea store since I was almost out. I arrived fully prepared to buy Rishi’s single serve matcha, but I was pleasantly surprised to see bulk matcha (it’s been almost 2 years since I’ve been there)! I grabbed my matcha (and some Tea on Tap for me and my mom). I arrived at my friends’ Nathan and Ben and smoothies were soon in the works, but… CRAP! The matcha is sitting in my mom’s car. Not a big deal in reality, but I was craving a matcha fruit smoothie so I thru a silent internal temper tantrum and went on with the evening. I’m sure this matcha is good, but it’s SO expensive compared to what I drink on a daily basis ($1.05/g compared to 16 cents/g which is even ceremonial grade), so I called the store and asked about their refund policy because I really can’t afford this when there are better and cheaper alternatives out there. Unfortunately, because I used a gift card, my refund would just be reloaded onto the card vs. a cash refund so I just decided to suck it up and keep it. Oh well.

When I open the tin I notice that, while it’s not nearly as dull in color as some of the flavored matchas I’ve had or even Lupicia’s 100g matcha, it’s not as vibrant (like the smiley on the far right) as I’d like it to be. It’s also quite clumpy. This will definitely need to be sifted. After a sift and a whisk, a substantial froth formed. While the whisked color was again paler than I’d hoped, it actually had a pretty substantial flavor. The flavor was sweet and smooth, just like the mouth feel. It reminded me of my first match experience which was Rishi’s individually packed matcha which makes me think this may be Rishi. Not bad, but way too expensive. For as much of a tea addict (matcha specifically) I am, I really have learned to find great bargains so I don’t have to sacrifice flavor, volume, or frequency. If you’re not on as tight of a budget as I am (which doesn’t take much lol!) definitely give this a try. It’s a good one.

I am very new to steepster and great to see reviews of a local place on the site! The Valley is so small I was surprised. Cool review. I have had Matcha from Fava Tea before, too— Matcha is my drink of choice, esp anytime I need a little kick I go to my Matcha (though nothing beats a great Oolong). It’s funny that you mention Matacha at Fava as I was just there. I noticed that they had many types of Matcha. They had a Rishi brand of Matcha (125 grams) for $10.00 [this is what I have purchased], Matcha in packets for about ???, and organic ceremonial grade in a tin. I get the ceremonial grade is more and I haven’t had that one, but have you tried other Matchas? I really like the Rishi Matcha in the black bag that I got from Fava Tea — and it doesn’t hurt the pocket book either. BTW, I was told that the ceremonial matcha was not from Rishi, but is from a Japan garden/firm. I haven’t had it, though, so I appreciate the advice. Off to read more reviews!! Look forward to posting some of my own. Looks pretty easy in fact!

I’m not sure 3 would be my idea of “many”- although it was one more than I was expecting. The matcha in packets is the same price per gram as this. It’s $20 because it contains 20g of matcha. When I was there they did not have the ceremonial grade in a tin- this tin was standard grade. I also have not encountered the black bag matcha you speak of. This was a tin, the individual packets were in a white cardboard box, and the sweet matcha is in a white container. I can’t wait til Teavana goes in the mall to try theirs. Although I hope I can get it unsweetened. I’ve heard they sweeten everything there. If you want to go somewhere that serves it- Kavarna Cafe in Green Bay uses the individual Rishi packets and it’s actually pretty good.

@The Sweet Leaf- Have you seen this? http://favatea.blogspot.com/2011/06/matcha-citron-tasting-today-til-sun.html?utm_source=twitterfeed&utm_medium=facebook

Is this the matcha you spoke of? I wonder why they didn’t have it when I went. I also find it odd that they speak of a ceremonial grade matcha, but my container says standard grade.