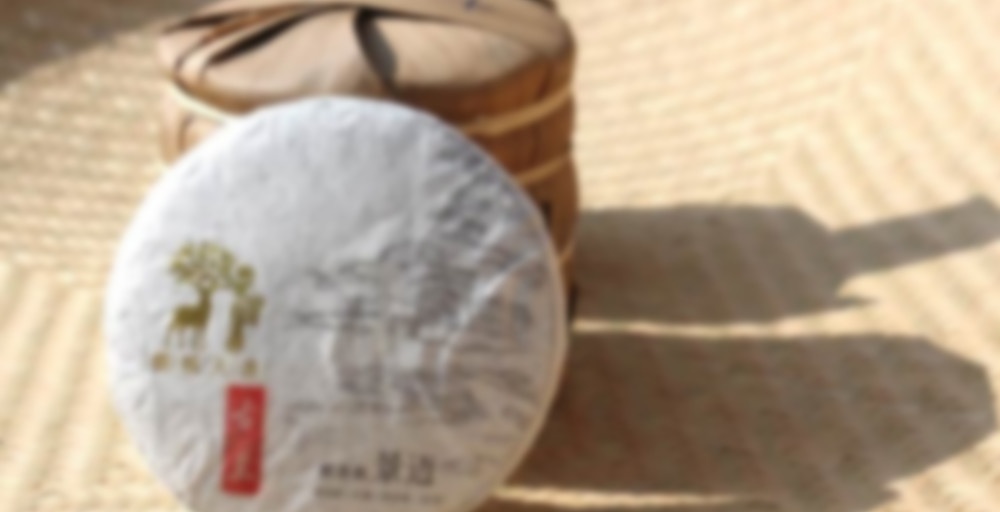 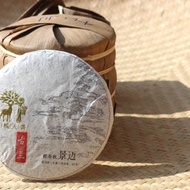 Our flagship Pu-erh tea from Spring 2016 was crafted from several single tree productions. We have given this tea a green personality through a heavy kill-green process (wok-frying), it is floral and powerful.

This tea has a really strong Chaqi (body-feeling) and Huigan (lingering sweetness in the throat). Interestingly, it takes some time to open up and delivers its content after the third or fourth infusion. In the mouth, it feels rather light and aerial, revealing its green personality. The tea soup is oily and coats the back of the mouth and the throat, delivering plenty of camphor freshness even an hour after the session.

The fragrance of Pu-erh changes a lot as the tea ages, and we’ve had many different experiences with this tea. It is on the flowery side, featuring more or less obvious scents depending on leaf humidity. You can often notice a difference in the cup between sunny and rainy days.

“Gulan” 古兰 means Ancient Orchid; this flower is commonly cited when describing the fragrance of Jingmai old-growth tea. We’ve only produced about 40kg of this tea. Single trees material is hard to source, and we only selected the best batches to make this tea.

This is one of the most powerful teas we’ve made since 2011, the year in which Yubai established her tea factory in her native village of Jingmai.

Fresh and strong, bitter-sweet with slightly fruity note.
Images and more at https://puerh.blog/teanotes/2016-jingmai-gulan-bana

I’m of the opinion that this tea is fairly light and subtle. It was very nice. Not very challenging to be sure and maybe not quite as tasty as the Miyun from Farmer Leaf but still a good quality leaf. The early steeps were quite light and then it opened up significantly around steep three. I need to take a couple more sessions with this before finalizing my opinion. I definitely get Herbals/greens notes from this tea. Quite pleasant. A good afternoon tea.

I’ve let this rest for some time, so I decided to break it out. The leaf is loosely compressed and smells of hay, lemon, floral, and some smoke with roasted savory notes in the background. I warmed my shibo up and slipped some inside. The scent expanded into something odd. The lemon note was more pronounced and some sage came up from behind. A distinct mineral and oak tone wafted in and out with an underlining of fruity flavors. I washed the leaves once and prepared for brewing. The taste is sweet with a brisk finish to cleanse the palate. The brew is nice and smooth and balanced between sweet with a slight bitter. The huigan is fairly decent and the tea is somewhat thick. I can hint at some light smoke in the background that follows throughout steeping. However, the tea goes flat very quickly. The astringent character grows tremendously and pronounced bitter greens took over. The flavor has vanished and the brew is soon consumed by bitterness, smoke, and astringency. I was flash steeping the entire time. I continued to steep a few more times in hopes of recovery, but I saw no sign of the smooth drinker from moments before.

Sometimes a lower temp can help reduce the bitterness. I do the same as you and flash a few times and if persistent drop the temp.

I sometimes do the same; however, with most spring teas I use boiling water. Some teas are able to take the heat while others are not; I use it as a determinant.

Finally getting to try these teas! I’ve let them rest for two weeks since they’re arrival. The dry leaves have a very fresh, vegetal smell.

5 grams go into the gaiwan for a quick wash to let the leaves sit for a minute. The smell of the leaves is stronger, and the liquor is a very light gold. Flash steeped to start, and the first sip tastes quite strong, and quickly mellows out. Definitely getting some florals. Light bitterness and astringency are also present.

Sweetness starts to emerge in the second steep. I feel like, in addition to the florals, there’s another familiar flavor here that I’m not quite able to place at the moment, so maybe it’ll come to me later on in the session. rhinkle has, apparnetly, been feeling the qi from the first steep. It hasn’t hit me yet. The huigan emerges with this steep, for me.

The liquor thickens up in the third steep and remains so throughout most of the session. The flavor remains pretty consistent throughout the session. All in all, this was an enjoyable one that I will need to spend some more time with.

You have done well to rest these a few weeks. I have abstained from mine as well. Soon though.

To date this is the second company who I honestly think sells old tree.

When I heard of Farmleaf’s old trees and single trees, I was skeptical. I picked him brain a bit on facebook and while I could tell he knew some stuff, I was not confident that he had the goods. I ordered a few samples, and the tea spoke for its self.

I have never and Jingmai tea (except once), so I didnt know what to expect. As I flipped through the different bags deciding which bag to start with I noticed a common cranberry note. Off the dry aroma non of them reached for me. None of them smelled bad, no red flags, but none caught my attention. As we know pu er teas dont age linerally, they go up and down, so I chalked this up to them being a lower point. I came across the Jingmai and it smelled lighter and sweeter than the others, a little more flowery, this one was clealy at a better point.

For me the sign of an older tree is the body. Not so much how heavy is it, but how does it feel. Younger trees are a little more liquidy, older trees tend to have a little more viscosity and feel closer to olive oil. Upon first drinking this tea I notice the liquid was thicker which suggested an older tree. The tannins were also more refined which also lended toward old tree.

Flavor wise this tea is subtle. I brew in a gaiwan slightly smaller (100ml) which amps it up a bit but this tea will deffiently put your pallate to the test. Notes of flowers, vanilla, apricot, light honey, minerallity, riesling (yes the wine), with a bit of toastiness were all present.

The throat feel of this tea was the final sign of a good tea. Rich, a little thick and flowing. The tea lost a few points on the aftertaste, it left me a little dry and the toastiness lingers, but there was no other clear flaws.

All in all this is a good tea. It gives out many even steeps, it has a body indicative of an older tree, with a good throat feel. This first looses a few points on flavor. The flavor isn’t bad but it could be more confident. The aftertaste I think is the only noticeable flaw, its a small detail but good tea should leave you with a good taste in your mouth after, even basic teas do that. The flaws are very small, and by no means take away from the tea as a whole. This is deffiently a good tea and recomended to anyone trying to get a taste for the effects of age on a the tea.