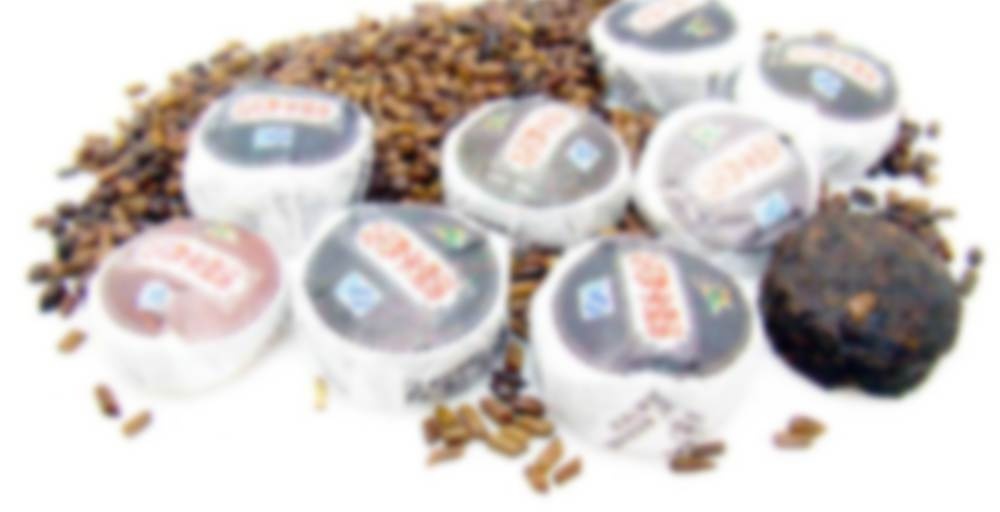 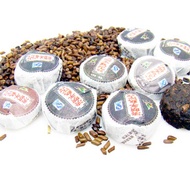 Thank you mrmopar for this mini Pu-erh Tuo cha!

There was an old woman who made a China Lapsang Souchong, smoked pepper, Urfa Chili meat rub (one plain and one with brown sugar)…

ending with a viewing of Pixar’s, ‘BRAVE’ while sipping infusions of
sweet, smooth ripe cassia Pu-erh. (I’m like ‘The Old Woman Who Lived In The Shoe’ however, instead of too many children… I have too much tea I don’t know what to do!)

Layers of tea to cook and bake with, then a relaxing Shu Pu-erh to watch the animated Scot’s Princess fly through the forest as the brave heroic figure in my movie.

Who says you can’t enjoy such things at my age. Ach!

The little tuo cha was delicious. A small cake-like dessert Pu-erh, not earthy at all. Mild, smooth and easy. Slightly sweet.
I steeped 2 quick 30 second steeps in my Gaiwan and took a taste then in the mug they both went. A full mug of Pu-erh (which I soon repeated)! kicking back.

A good ending to a lovely day with no creative mishaps!

I watched Brave today! That Earl of Anxi simple syrup sounds DELICIOUS. Can I come over for dinner some night? ;)

Sure! ‘Brave’ was fun! Here’s an odd movie note. Pixar is in the S.F. Bay Area as you know. Actually I’ve been by it in Emeryville. In the hills behind Cupertino (think Steve Jobs and Apple) there is a place that carves large wood bears (like the witch did in the movie) and there has been a sign outside for as long as I can remember that says ‘Sale, everything 50% off’ which is exactly what the witch said. I cracked up! It was like an inside joke!

YUMMO!! you have the best ideas Bonnie :)

PIXAR are known for the inside jokes and references in their films. What a great observation. Thanks, Bonnie!

love these small cakes. perfect for use in the kamovje tea pot. i like the taste of these the cassia is a background note with a touch of sweet at the end. about a 20 second wash to get the leaves rehydrated. i break the cake so the wash goes faster.

First cup. Steep 1.5 minutes.
This is a very dark brown tea. Almost the color of coffee. There is a strong but balanced woodsy flavor, yet not bitter. As the temperature fades, it gives way to a peppery spice that tickles your tongue and clears your mind in the same way ginger does. The caffeine content seems fairly high. This would make a good tea for a sick day.

Second cup. Steep 1.5 minutes.
The straw and tobacco flavors are much more pronounced in this cup. More oils have been released by this steep which lends to a denser mouthfeel. There is very little that is sweet about this tea. It is not exactly a pleasant flavor and yet there is something very comforting about it. The mystery of pu-erh deepens…

Again I should note that many pu-erh teas are drank for their medicinal qualities. Cassia seed has been noted to have positive effects on the liver and large intestine.