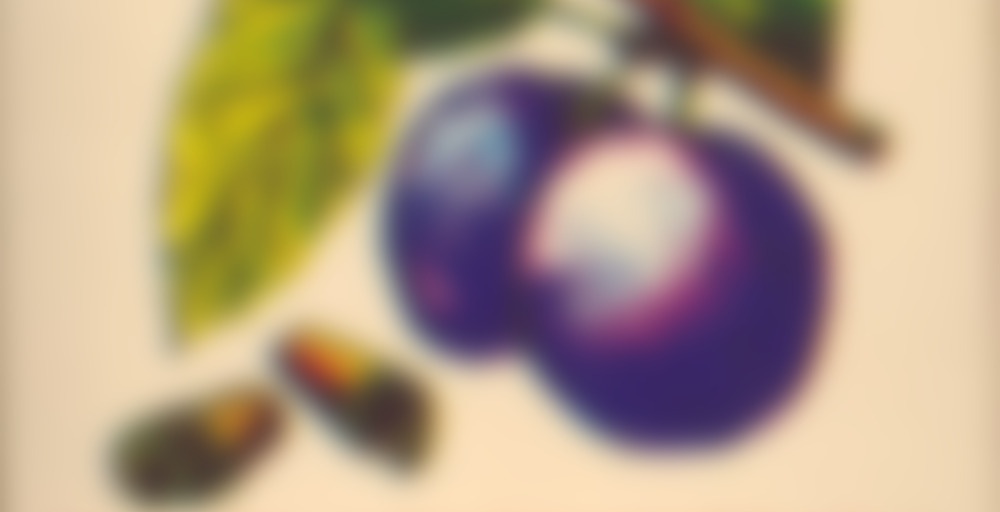 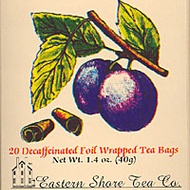 by Eastern Shore Tea Company
75
You

This one holds up better than the Sugar Plum I posted about earlier as I got them around the same time…I also like this one better too! I’m finishing a cup of it now…YUM!

Well — here I am on the East Coast. My family are not big tea drinkers so I got a couple to try at Wegman’s. For a bagged tea this is pretty good but mine does not say it is decaf. Nice plum and black tea flavor with lots of cinnamon. There is hibiscus in it, which I don’t really care for. Thankfully it isn’t too strong and was tempered a bit with a touch of sugar. I wanted to rate this a bit higher, but I am on the kindle fire and it’s hard to control the little slider.

It’s really stupid at this hour, but I just didn’t feel like I was done with tea tonight. I fought against it as long as I could, but only managed to become more and more convinced that I should try one of these plum things that TeaEqualsBliss sent me.

I had too look this one up to tell what sort of tea it was. Nothing about that on the little envelope holding the bag.

The bag has a funny spicy smell that I wasn’t expecting. I couldn’t quite place it at first, but when looking it up I saw that it contained cinnamon and all the little wheels and cogs in my head clicked into place. I wouldn’t say I thought it was obvious cinnamon, but it was close enough.

It strikes me as a funny combination, plums and cinnamon. I can’t really imagine that. The cup smells rather like chai when steeping too, but I’m pretty sure I’m picking up some fruity sweetness underneath the cinnamon-y sweetness. It’s actually rather christmas-y to smell!

The taste is surprisingly good. I would never in a bazillion years have imagined that these two flavours would work that well together but they do! It’s like two kinds of sweetness keeping each other from being too much.

It’s not perfect and there is a certain level of syntheticness, but apart from that I’m rather impressed with this one.

I thought it tasted and smelled Christmas-y too.

Plums and cinnamon sounds like my ma’s plum cake. If the teas as good as the cake then I may be buying hand over fist.

This was just okay. I think it was a bit too spicy for my tastes – perhaps I will try again on a late, cold, winter night.