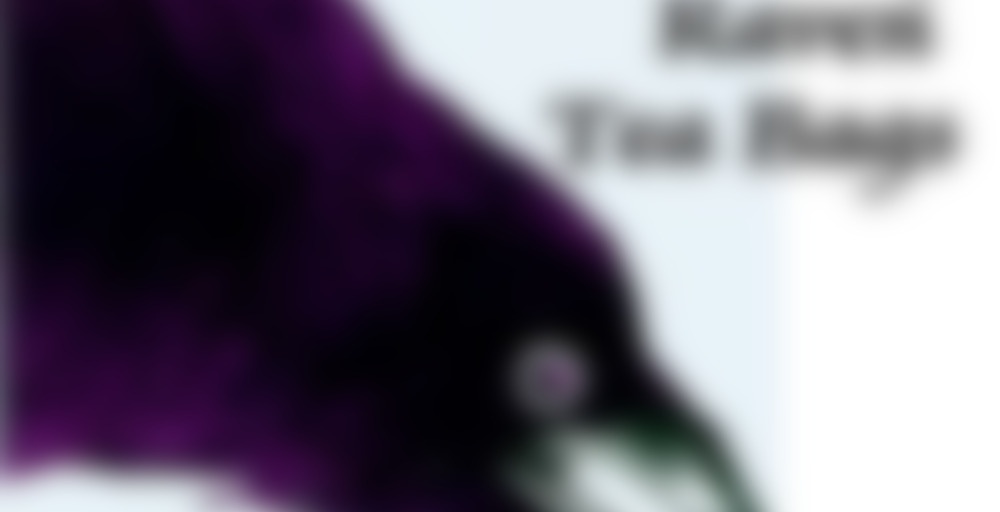 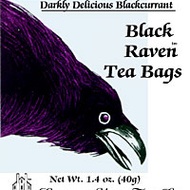 by Eastern Shore Tea Company
84
You

I’d only rated this a 60 before? I guess this is one that grows on you! I don’t know if blackcurrants are traditionally associated with a given season, but it definitely tastes like summer to me! I’m planning on trying this iced eventually too.

I LOVE this tea. I can’t quite put my finger on what makes it so good. It might be that the scent and taste is perfectly represented by the romanticism and mystery of Edgar Allan Poe.

Black Raven tea… conjures up a moody, mysterious sort of image, doesn’t it? This tea delivers on its promise, but truth be told, lighter, more delicate teas are more my speed. This tea is dark, dark, dark!

It’s full-bodied and deep yet brisk. A two minute steep is plenty. It doesn’t get too bitter or astringent unless I forget about it and let it steep over five minutes. The deep tones of robust black tea are dyed even darker with the indigo purple blackcurrant flavor, which is added at pitch perfect levels – prominent, but restrained enough to leave the character of the tea leaves in the spotlight.

Now, my boyfriend thinks this smells a bit like cat pee, especially the leaves before they are steeped – but he says the same thing about almost every other blackcurrant flavored or fragranced thing. I can overlook that, having been exposed to blackcurrant flavor in teas and and jams since childhood.

Eastern Shore Tea company suggests that you steep this with a whole cinnamon stick and sweeten with brown sugar, and in fact, I can’t think of a better way to drink this tea. The warm and woody spice of good, fresh cinnamon adds extra depth and the richness of brown sugar takes it over the top. Perfect for a dark, stormy night… if you work nights and don’t plan on sleeping, that is. Maybe it’s the placebo effect of the intense flavor, but this seems to pack enough of a caffeine wallop that I prefer drinking it when I need a serious energy boost!

One of my favorite teas! Inspired by Edgar Allen Poe. I love the balance and the flavor! Blackcurrants in general do have a peculiar aroma to me though. I Love to watch this in a dark room with Vincent Price movies like The Raven, The Pit and The Pendulum, etc.

This is a good tea, especially used in iced tea. The current flavor is quite strong, but not overbearing. Decent with sugar or honey, and not terrible with milk. Good as a breakfast or afternoon tea.

Noticed this wasn’t on Steepster – so I’m adding! LOVE this. Very nice!